Searching for Opportunities in Environmental Trouble 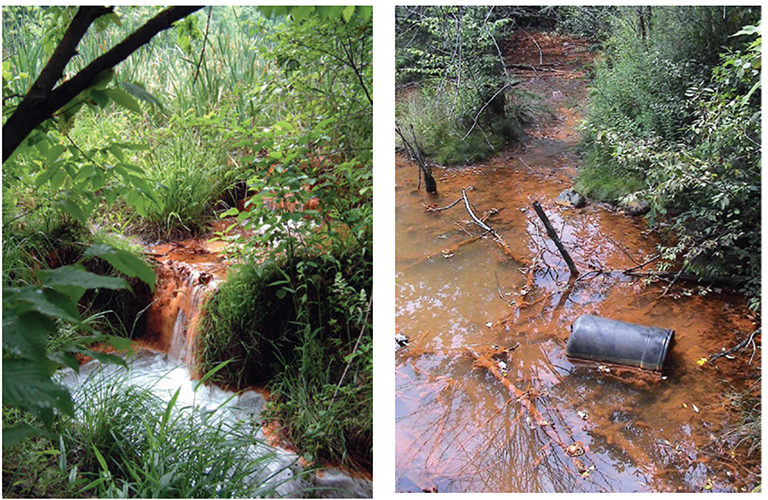 Photos courtesy of Western Pennsylvania Coalition for Abandoned Mine Reclamation.
The orange cast of the water and on the streambed is an indication that iron is present along with other contaminants.

There are more than 4,000 miles of rivers and creeks in Pennsylvania damaged as a result of the water draining out of abandoned coal mines. The orange-tinted water and rust-colored rocks are reminders of the damage going on since the days Pennsylvania mines powered the United States’ rise as a global industrial power.

Now producing natural gas by fracturing, the Marcellus shale is driving the state’s economy and those dead streams could present an unusual opportunity: offering both a source of much-needed water and a way to help clean up of waterways polluted by coal mine waste.

There is an exploration and production (E&P) company in the state, Seneca Resources, using the abandoned mine drainage (AMD) water for fracturing. By pumping as much as 500,000 gal/D of water from an old coal mine with low levels of sulfates, iron, and often other metals, it can improve the quality of the water downstream by taking those things out.

“There are a lot of opportunities in the southwestern part of the state,” because there are so many flooded old mine shafts draining into waterways, said Doug Kepler, vice president of the environmental engineering group at Seneca Resources. “There is a lot of activity. A lot of operators are looking into whether they can do that.”

Water used by Seneca requires little treatment because the sulfate and iron levels are low, but that is the exception in Pennsylvania, where chemicals leached from the water in old coal mines and from mining waste heaps can create metal-laden, acidic water that is deadly to fish, insects, and plant life in rivers.

While many E&P companies are interested in AMD water for fracturing, there are technical and legal obstacles to overcome.

Searching for Opportunities in Environmental Trouble