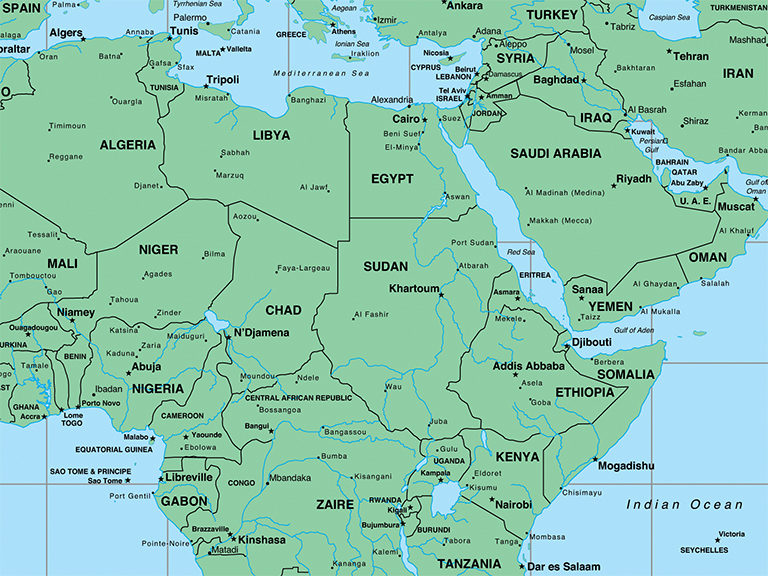 With initial results indicating that the Middle East-North Africa region holds significant unconventional resources and with rising local gas demand, operators have begun assessing the viability of tight gas and shale gas projects. However, production in these oil-rich but often gas-short countries faces challenges, among them high-pressure/high-temperature operations due to the depth of the resources and the enormous water requirements for such projects.

The following is a roundup of unconventional exploration and appraisal activities in several countries in the region.

Saudi Arabia: The Journey Has Begun

Despite its prolific oil output, Saudi Arabia faces challenges in meeting its economy’s voracious appetite for gas to fuel power, petrochemical, and desalination plants. The country has begun investigating its large unconventional deposits and their potential for fueling long-term growth for its booming population.

“Over 1.2 million sq km of frontier basins are being identified and deployed with the latest technologies to work with source rocks and tight reservoirs that are associated with the largest oil and gas fields in the world,” Saudi Aramco said in a statement released in August at the Unconventional Resources Technology Conference, which was sponsored by SPE, the American Association of Petroleum Geologists, and the Society of Exploration Geophysicists. “Leading scientists in Saudi Aramco’s Advanced Research Center and in collaboration with others are working on uniquely innovative unconventional projects.”

Saudi Aramco is currently exploring and appraising several prospects for unconventional gas: in the northwest, the south Ghawar field, and the Jafurah and Rub’al-Khali basins. “We are focusing on three major regions in the kingdom,” said Amin Nasser, senior vice president of upstream operations at Saudi Aramco. “In the northwest, the search is characterized by shale at shallow depth. In the east, excellent tight gas opportunities have been identified for appraisal and we could lower costs by leveraging our existing infrastructure. In the southeast, prospects are economically attractive given the existing petroleum system.”