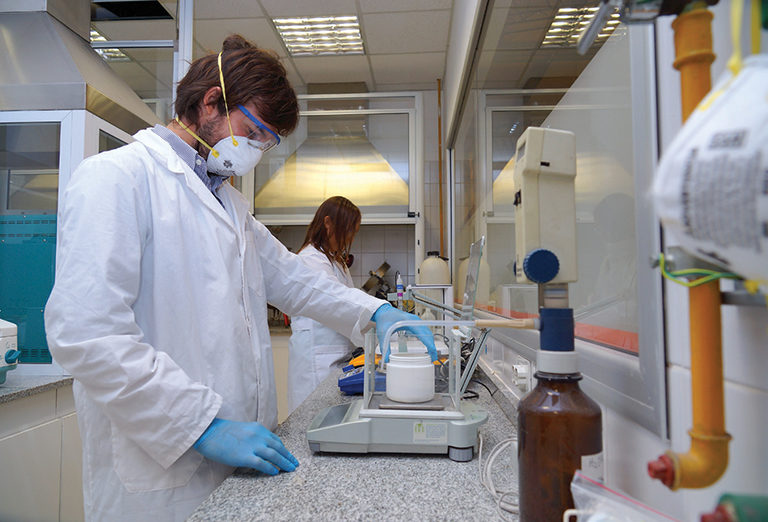 Photo courtesy of Y-TEC.
Scientists conduct research on how bacteria interact with soils near oil fields at Y-TEC’s Center for Applied Technology, near La Plata, Argentina.

Although Argentina is home to what is probably the largest shale formation in South America, the country remains a net importer of oil and gas, according to the US Energy Information Administration.

At present, the research company’s main location is in La Plata, Argentina, 70 km south of Buenos Aires. The construction of a 129,000-ft2laboratory complex in nearby Berisso will be completed before the end of the year, said Gustavo Galliano, manager of communications and knowledge management and technology liaison at Y-TEC.

The new facility is part of a larger plan for Argentina to catch up with a growing energy demand and to attract international business. Last October, the country’s Senate passed a bill to increase foreign oil and gas spending by reducing minimum investments from USD 1 billion to USD 250 million and lengthening the terms of concessions.

The majority of the organization’s shares are owned by YPF and the remainder is owned by the National Scientific and Technical Research Council (CONICET), which conducts studies on a wide range of subjects from engineering to biology.

Although it employs nearly 300 scientists, Y-TEC’s partnership with CONICET gives it access to more than 10,000 other researchers, working in various other fields. So far, the company has filed 10 patent applications as a result of its research, said Galliano.

Y-TEC has also established working relationships with multiple national universities across South America and a few outside the continent. One such example is the organization’s work with the Massachusetts Institute of Technology on a new fracture modeling software, which will aid YPF in designing more effective fracture treatments for Argentine shale.

Shale, however, is not the organization’s only focus. Y-TEC is researching secondary and tertiary recovery methods to slow the decline of the country’s conventional fields, which provide approximately 90% of its oil and gas production.

Recognizing that its future success requires an adequate number of skilled researchers, the organization has also created what it called a structured mentoring program to prevent loss of knowledge. It has completed a pilot version of the program and is in the process of developing specific goals.