Moving Closer to True Picture of the Fugitive Methane Problem 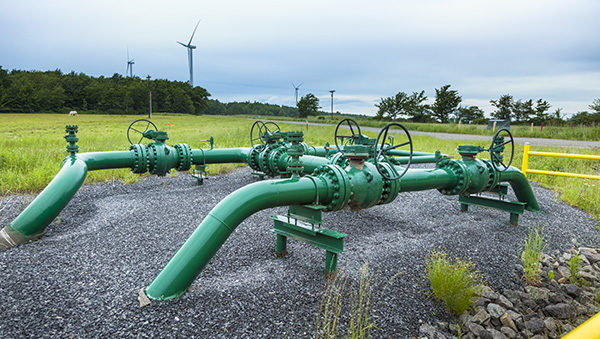 The US shale sector has proudly touted the fact that it has helped reduce the nation’s carbon dioxide output to an 18-year low by producing the natural gas that is displacing coal use in power generation.

But if government regulators and some environmental groups are applauding the transition from the most carbon-intensive fuel source to the least, they are holding back on a standing ovation.

The reason is that a raft of scientific studies published over the past few years shows that too much natural gas is being lost into the atmosphere at different points all along the supply chain—potentially canceling out the climate benefits of utilizing gas over coal.

But environmental researchers and industry alike have had trouble defining the true scope of this problem, termed fugitive methane emissions, because of the disparity in data gathered from oil and gas sites through aerial flybys vs. surface observations. These are, respectively, known as top-down and bottom-up measurements.

As a percentage of gross production, bottom-up studies show methane losses may average around 1.5% while estimates from top-down studies range anywhere from 2% to 17%.

The goal for a number of producers is to get those numbers down to less than 1% in order to mitigate the negative impacts of methane, which is at least 25 times more effective at trapping heat in the atmosphere than carbon dioxide.

Karen Olson, the director of strategic solutions at Southwestern Energy, the third-largest producer of natural gas in the US, announced that researchers may be close to reconciling top-down and bottom-up measurements earlier this month at a workshop organized by the International Energy Agency in Austin, Texas.

Without elaborating, she told attendees: “We’ve actually had a breakthrough and now have a correlation based on actual measurements from onsite vs. the flybys.”

Olson was presumably referencing a new “peak emissions” hypothesis that emerged from a multimillion-dollar methane emissions study funded by the Research Partnership to Secure Energy for America  (RPSEA). Southwestern along with three other operators participated in the project, which was led by researchers from the Colorado State University and the National Oceanic and Atmospheric Administration (NOAA).

The full findings are expected to remain unpublished until early next year, but the hypothesis contends that the emissions averages generated using aerial data are higher because they are based on methane that was emitted during short-lived events that took place in the morning.

These episodic bursts of emissions are believed to occur as the morning shift arrives to start up or adjust production equipment. So while aerial measurements may be accurate, this new concept suggests that to get a truer average of daily emissions rates, the temporary nature of these morning events must be fully understood and taken into account.

If this idea holds up, then it could be an important factor in determining how the industry and other groups look at top-down and bottom-up data in the future. It may also mean that the experts can go back to all the data already gathered to see if they now tell a more accurate story.

Too Many Measuring Methods

Desikan Sundararajan, a senior researcher of environmental management at Statoil, highlighted in his remarks at the workshop what life as a scientist working on this problem has been like without such a correlation. He found that there are more than 300 research papers on the subject of fugitive methane emissions and said “the beauty of it is that not a one of them agrees with each other.”

Sundararajan explained that one of the reasons for the disparity between a number of top-down studies has been that the researchers are using too many different instruments to take measurements; typically the ones they are most familiar with.

There is also an apparent tendency amongst the researchers in this area to be the first to publish a new, first-of-its-kind approach, he added. “That does not help the industry, it does not help the stakeholders or the policy makers,” Sundararajan said, stressing that there needs to be more congruence with how methane emission data are gathered.

Moving Closer to True Picture of the Fugitive Methane Problem