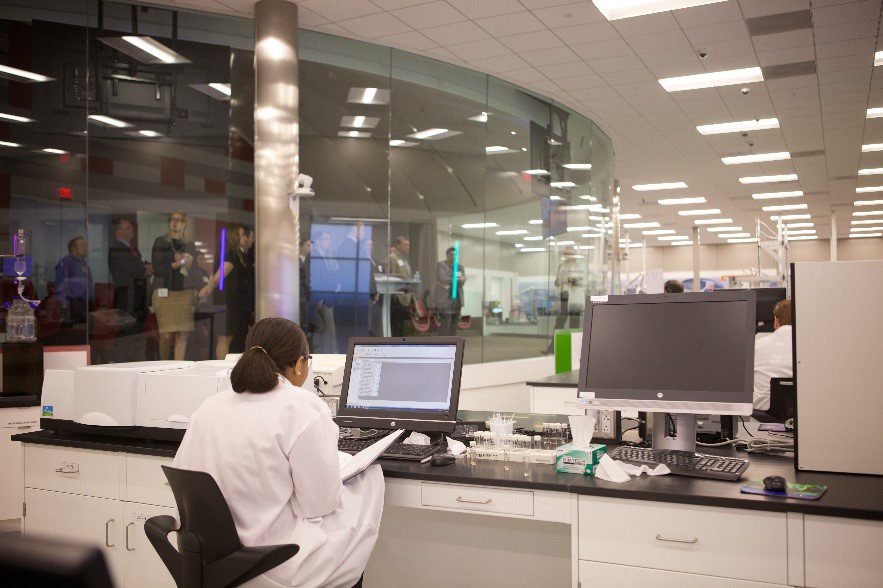 Completions-chemical maker Flotek reports that usage of its signature technology product has doubled in the past 2 years despite the number of unconventional completions in the US falling by two-thirds over that period.

The Houston-based firm specializes in the development of complex-nanofluids (CNF) that it describes as a combination of surfactants and an orange oil-solvent called d-limonene. Operators are adding the chemical to their hydraulic fracturing fluids to improve production results. According to a recent independent study to verify the company’s claims, which had been contested, wells using CNF have seen greater production than those not using the product.

Flotek explains that the solvent it has developed maintains the fluid-flow benefits of surfactants by preventing them from emulsifying into troublesome gel balls. There are more than 50 varieties of CNF, all formulated to account for different formation types and the chemical ingredients that make up each company’s hydraulic fracturing recipe.

Speaking from the company’s new research laboratory in Houston, John Chisholm, chief executive officer of Flotek, estimated that CNF is now used in about 15% of hydraulic fracturing jobs in the US—about half of that business is in the Permian Basin of Texas.

He credited the improving rate of adoption with a recent decision to begin direct sales to oil and gas companies. He noted that such a move is rare for chemical providers and explained that the strategy was inspired by computer giant Apple’s strategy to bypass big box retailers by opening its own stores.

“No matter what industry you’re in ... if you have a transformational technology, you have to have a direct path to the end user. If you have this barrier, or this middleman, you’re forever dependent on their energy, enthusiasm, and knowledge to help convey your value,” Chisholm said.

About 30% of the company’s revenue is now generated from direct sales, a figure the company expects to increase to 55–60% by next year. Calling it a “rewiring” of how the industry has priced chemicals for a generation, Chisholm said the transparency of this new sales tactic has pushed service companies to reduce their markups on his company’s products to only USD 1–2 above retail.

He said operators previously were paying double or triple the price that Flotek was selling the chemicals for. In one case, the company found that a pumping firm in Saudi Arabia was re-pricing a USD 20/gal chemical to USD 180.

The company’s business is expanding beyond North America as international interest in unconventional technologies continues to grow. The firm says it is designing customized completions-chemical formulas for Saudi Aramco and YPF, Argentina’s state-owned oil and gas company.

Both Saudi Arabia and Argentina are at the top of a very short list of countries expected to achieve commercial viable production from unconventional reservoirs within the next few years.

In addition to its work on Saudi Arabia’s unconventional gas developments, Flotek has plans to deploy its nanotechnology in the country for wellbore strengthening during drilling operations, carbonate acidizing, and has developed a new scale-inhibitor for seawater injections meant to enhance oil recovery.

Flotek has also been tapped by YPF to design the company’s fluid system for hydraulic fracturing. So far, more than 600 horizontal wells have been drilled in Argentina’s Vaca Muerta shale play, which has both gas and oil windows. Chisholm expressed optimism for the shale business in Argentina, noting that many in the industry consider it to “to be the most viable shale geographic area outside of the US.”

And because Argentina is the third-largest grower of lemons in the world, the company is considering producing its d-limonene solvent there to support its future work. The company uses oranges because there is a greater supply, but lemons have a higher-purity d-limonene.

Earlier this year Flotek acquired International Polymerics, which operates a guar-processing facility in the Permian—the only one in the US used by the oil and gas industry. Used as a thickening agent in many food products, guar beans are a critical raw material needed to create gel-based fracturing fluids.

By crushing the guar beans in Texas vs. India, where 95% of the world’s supply of guar is grown, the processed powder is not exposed to the humidity associated with an 8-week overseas transit. Flotek says its research shows that a drier guar product allows oil and gas companies to use up to 10% less in their completions mixes.

While the guar facility will offer the company a logistical advantage, there is also a technological angle being explored. “We’ve got some tricks in store of how to continue to evolve what has been a commodity for 30 years, guar, into a very customized chemistry, and I’d say stay tuned for that,” Chisholm said.