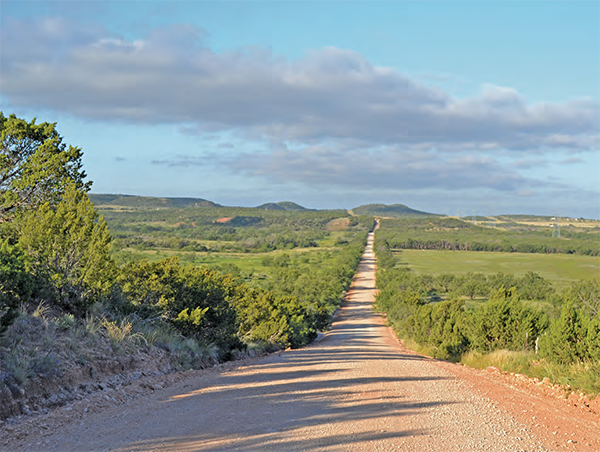 Source: Texas Historical Commission
This road near Sweetwater, Texas, is near the eastern edge of the Wolfcamp, which has three units technically capable of producing about 5 billion bbl of oil more.

This week the US Geological Survey (USGS) reported that the Wolfcamp shale holds 20 billion bbl of technically recoverable oil. That is just one of the huge formations within the Permian Basin where nearly half the drilling rigs in the US are now reportedly working.

Here are the facts in five:

1: Tens of billions of barrels 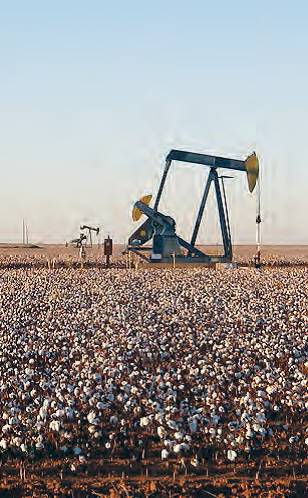 These pump jumps are in a cotton field at the western edge of the huge area covered by the  Wolfcamp shale, which is the source rock for many old conventional fields. It holds an estimated

The above totals are the mean of a range (from F95 to F5) as shown below. F95 represents a 95% chance of at least the amount tabulated.

These are estimates of what is technically recoverable without considering if they could be profitably produced.

The USGS will cover the rest of the Permian over the next year with assessments of the Spraberry and Delaware basins.

The Wolfcamp assessment covers nearly 20 million acres in the Midland Basin according to the USGS, which divided it into six units for this assessment. It broke the Wolfcamp B unit into two because it can be 500-ft thick in places allowing horizontal wells to be completed at different depths.

Sweetwater, Texas, is near the eastern edge of the Wolfcamp, which has three units technically capable of producing about 5 billion bbl of oil more. 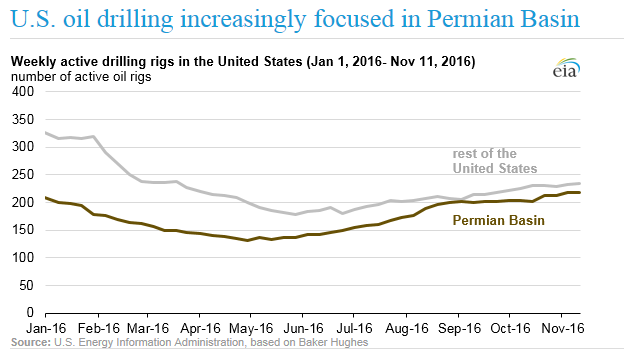 The Wolfcamp assessment helps explain why so many drilling rigs area working in the Permian Basin. The number nearly equals activity in the rest of the US according to a recent report by the US Energy Information Administration. The Permian total of 218 exceeds every other country in the Baker Hughes International rig count. Canada is second with 176 and Saudi Arabia has 126 rigs working.

Drilling has shrunk in other shale plays as investments have migrated to the Permian where the cost of producing oil is lower. Production in the other plays has fallen as a result.