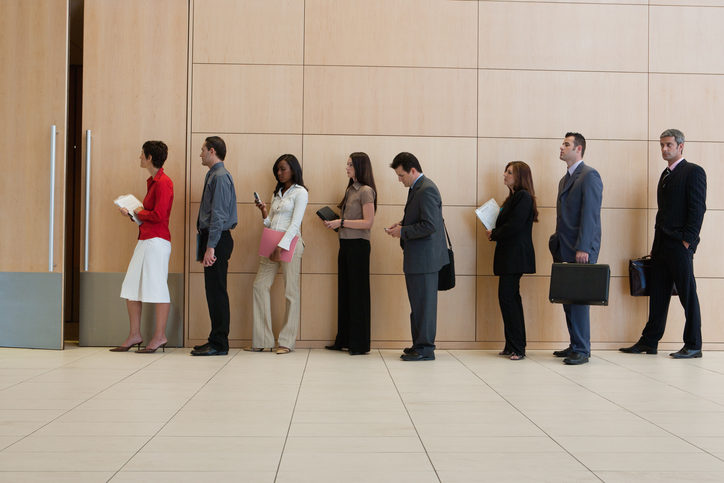 The impact on workers from the global downturn is so large it is difficult to track. At the high end of the job loss estimates is John Graves, owner of Graves & Co., who estimated the number of jobs lost in the oil and gas industry at more than 250,000 at year end, and rising.

There are other estimates, but most cover smaller areas and report lower totals. The US Federal Reserve Bank of Dallas estimated the US oil and gas industry employment is down 70,000 in December, while Oil and Gas UK put the total in the United Kingdom at 65,000 earlier this fall, before a large round of late-year layoffs.

In Texas, the number of E&P jobs losses totaled 56,000 through September, an 18% drop in employment from the end of 2014, based on an estimate by Karr Ingham, a consulting economist for the Texas Alliance of Energy Producers. That total is based on numbers from the monthly employment reports from the Texas Workforce Commission.

Economic reports use broad job categories that make it hard to isolate oil and gas company workers, or determine which are in E&P.

“When the upstream oil and gas economy in Texas entered into the current contraction, we estimated jobs lost over the length of the downturn could total 40,000–50,000,” Ingham said. “We now appear to be well beyond that estimate, and the end is not in sight.” 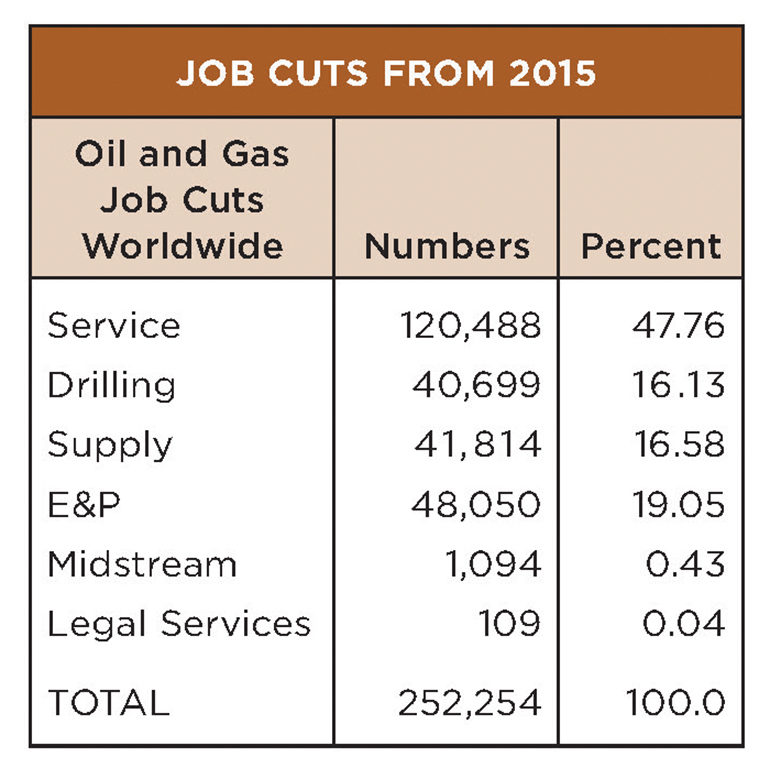 The 60% drop in rig use in the US triggered reductions in a wide range of jobs ranging from completions crews to drilling engineers. The outlook for North America in 2016 is more sharp cuts in E&P spending, more consolidation, and rising numbers of bankruptcies. All of those point to more job losses.

Graves started doing his own estimates of job losses because the reports he saw did not look right to him. “We thought (job losses) were being underreported,” Graves said, adding that his research confirmed his suspicions.

To explain his approach, Graves shared a key part of it: a spreadsheet listing a year’s worth of job reduction announcements filling rows from 6 to 344. By mid-December, there had been 144 job cut announcements from service companies, 88 from E&P operators, and 77 from suppliers. Some companies show up multiple times, including three majors with five or more announced rounds of reductions.

The hundreds of rows of job loss announcements fail to catch all the cuts. Private companies are less likely to disclose job loss figures than public companies. And many employment reductions are below the 50-job threshold set by the US law requiring advance notice of job cuts.

To fill in the gap, Graves assumes that every drilling rig laid down represents 30 workers, and to avoid double-counting he subtracts the cuts announced by drilling contractors.

He said that is a conservative assumption. Offshore rigs employ more people. Most announcements do not disclose contractors let go, and self-employed people are not counted in government surveys of people on business payrolls. Also, many workers are taking severance packages, so they do not show up in surveys based on the number of persons filing for unemployment benefits, which are used for monthly government reports.

More losses are likely this year because a wave of consolidation is expected, Graves said. And the hardest hit are likely to be on the E&P side.

“The service companies sort of front-line all of that” cost cutting, Ingham said. “Their employment is more volatile. They respond quicker and in a more dramatic fashion, and then we see the effect on (oil and gas) producing and operating companies.”

The succession at the top role comes amid the independent’s expansion beyond the Eastern Med, with recent acquisitions of North Sea and US Gulf of Mexico assets.