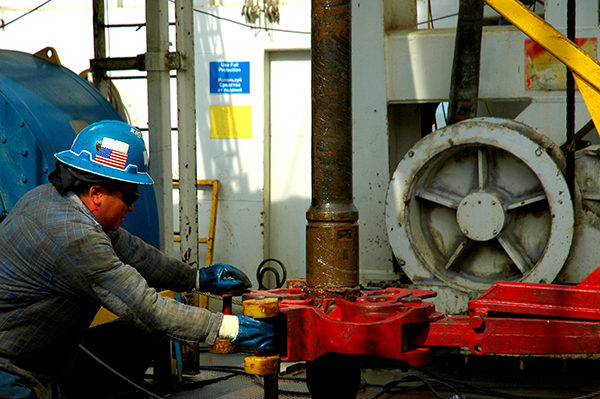 Getty Images
A floorman makes a pipe connection during a drilling operation.

Drilling automation is one of the most promising emerging technologies that the oil and gas industry has to look forward to. The potential benefits span the spectrum from health and safety to lower costs and repeatable well results.

But before this technology leaps from pilot to center stage, early adopters will be challenged to create new managerial strategies that improve the interaction of human crews with automated rig systems, according to one expert.

“In all the projects that I have worked on, what I have found is that the issues involving people were much bigger than the technical issues,” said Bill Koederitz, chief technology officer at GK Plus Innovations, during a presentation at a recent SPE Gulf Coast Section event.

Koederitz is a drilling automation pioneer, having previously spent 20 years at National Oilwell Varco where he designed automated systems for weight-on-bit, real-time optimization, and drilling diagnostics.

In his remarks, made on the final stop of his SPE Distinguished Lecture Series tour, titled "How NOT to Do Drilling Automation," he offered a pragmatic perspective of the technology, reminding that, “Automation is a tool to improve performance—it’s just a tool, no more, no less.”

Some of the people problems he highlighted are rooted in the following misconceptions, which portray automated drilling technology as far more capable than it really is. Holding onto these false assumptions means companies are risking the poor execution of an automated program, the results of which could slow down uptake in general.

1. The Driller is No Longer Needed

If an automated drilling system is working optimally, then why is a human driller needed on the rig? This seemingly fair question reflects the most common falsehood that Koederitz said he encounters.

Not only are drillers still needed, Koederitz stressed that the only way to achieve the highest performance from an automated system is to make the human driller its central component. “The driller is the one person who really knows what is going on out at the rig, and if he is gone, automation will not work—even if he is not required to do anything,” he said.

Koederitz added that maintaining the idea of the human driller as the core of the operation gives that person more ownership over his role (one that may be perceived to be at risk) and makes the driller feel as though he is the “key enabler” for the technology. He said this will involve allowing the driller some degree of control over the system; exactly how much depends on experience.

Automated drilling systems are entirely dependent on wire-drill pipe and an array of other sensors to provide the real-time data needed to make second-by-second adjustments. These data-gathering systems are must-haves, yet Koederitz said some companies have been too overconfident that their non-automated rigs could be converted without adding them.

“In my experience, once you first go out to the rig to automate something, you will find that the typical data on the rig is never good enough for what you need,” he said. “And if you look very close, you may find that it is insufficient for what it is currently used for.”

The solution is to conduct a rig survey ahead of entering into an automated program. This allows companies to compare the available data with the requirements of an automated system, and then make necessary upgrades. Koederitz advised companies that are unwilling or unable to invest in the upgrades to take a pass on automation altogether. Otherwise, he said, their failures will only give the technology “a bad name.”

3. The Driller Only Needs to Know How To Turn It On, Not How It Works

“The problem with this is that you don’t really get much value out of automation because it is not effectively used by the rig crew and, in the worst case, this approach totally destroys rig-side acceptance to the point where they want it to fail,” said Koederitz. The fix for this, again, is to teach the driller and the crew that automation is a tool and then show them how to make optimal use of it.

Koederitz said companies can help their cause by designing automated systems that inform the driller of how and why it is working vs. installing it as a black box device that offers little to no feedback to the drill shack. Another way to enhance the driller’s comfort factor is to run them through simulator exercises that will give them familiarity with automation’s abilities and limitations prior to using it in the field.

4. Let The System Do Everything We Think They Need, Let The Crew Sort It Out

Koederitz said the “we” here represents head office management, whose ideas of how rig crews operate are often very different from reality. He went on to say that the assumption that most crews would appreciate or make good use of a “grab bag” of automated features is incorrect, and may invite unintended consequences.

“The result of this is that the drillers are overloaded, and they either misuse the system or don’t use it,” he said, adding that when it comes to automation, non-use is always better than misuse.

The better approach is to design the automated package as a suite of tools, and allow the driller to select the right tool for the right job. Koederitz said the design criteria for such a suite should focus on simplicity and be modular. In reference to the latter, he explained that the driller must be able to use different automated systems in any combination to provide flexibility.