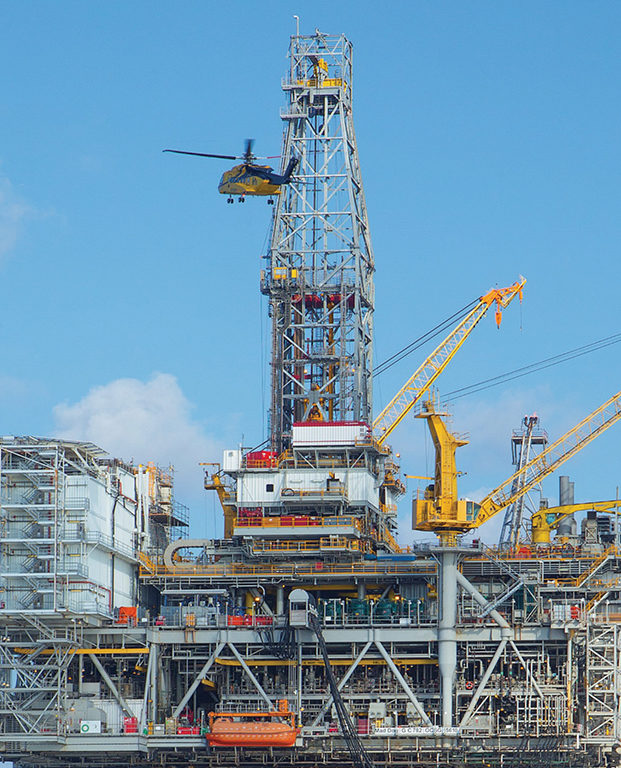 Photo courtesy of BP.
The production platform on BP’s Mad Dog field, which was initially developed using the first wide-azimuth survey. The technique was needed to clearly image the reservoir beneath the thick layer of salt and has been widely used since.

The Mad Dog field was a major discovery for BP in the late 1990s, but developing it looked like a high-risk proposition.

The problem was the field was an early discovery beneath the thick layer of salt covering much of the deepwater US Gulf of Mexico. Shooting seismic through the salt resulted in murky images that increased the risk of development wells that produced little or nothing, which could turn a 4-billion-bbl field into a marginal investment.

BP needed to solve the problem because it had leased a large number of deepwater blocks where the industry was drilling a growing number of dry holes due to poor subsurface imaging. “It was pretty common knowledge in the industry that you have this problem. But what are you going to do about it?” said John Etgen, a distinguished advisor in seismic imaging at BP. The problem is salt distorts sound waves as they travel down and are reflected back up. The salt is like broken eyeglasses. It acts as “big, very complex lens distorting the sound waves.”