Seismic Data: Faster, Better Seismic Surveys by Making Many Sounds at Once 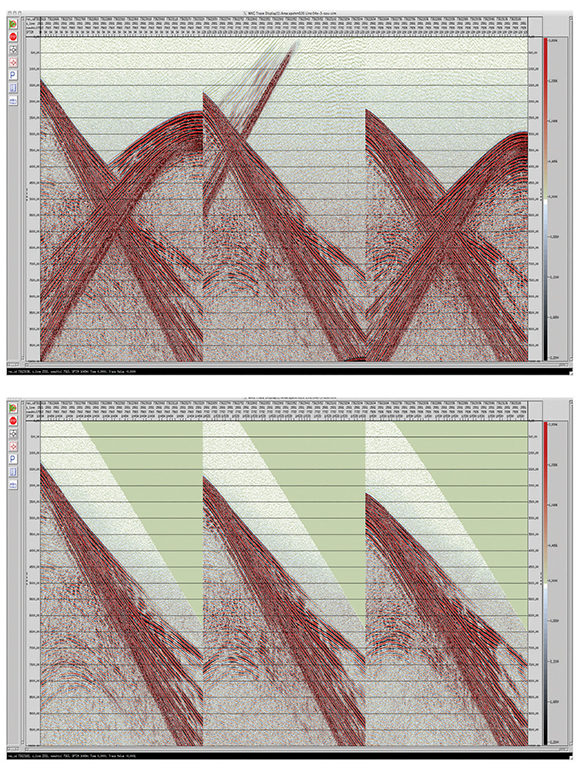 Images courtesy of Apache Corp.
A seismic survey can be accelerated by using multiple sound sources at the same time. This image shows a series of three records that involve two sources activated at a similar time, and then shows that data after the interfering shot has been separated out in processing.

The pace of a seismic survey can be measured by the number of shots taken per day. Huge onshore surveys have shown that allowing 10 or more sound sources working at the same time without any coordination can drastically reduce the time needed to gather data over a large area, and get better data as well.

“One of the biggest surprises is we have gotten almost universally better data from our simultaneous source surveys,” said Craig Beasley, a Schlumberger Fellow and chief geophysicist at WesternGeco.

More data are gathered from more angles for a more accurate picture of what is below, said Beasley, who explained that one flashlight can help you see in a dark basement, but it is better with two and more is better.

Seismic Data: Faster, Better Seismic Surveys by Making Many Sounds at Once