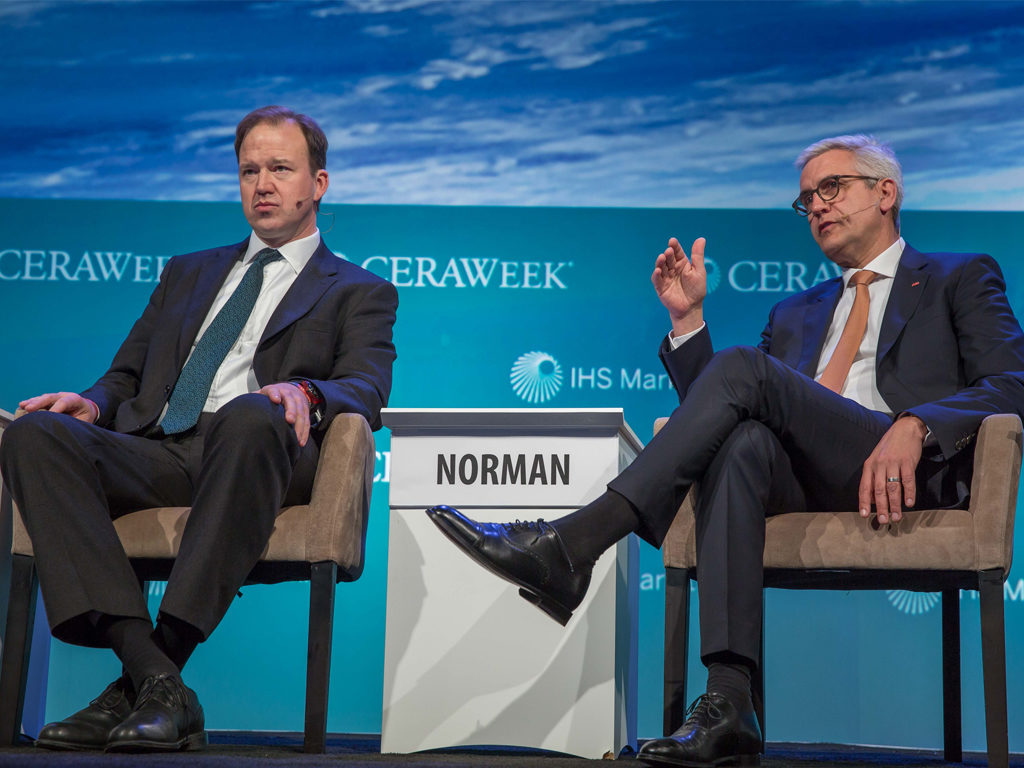 With globalization becoming a major discussion point in the industrial domains, a trio of experts spoke about what place it will have in an uncertain economic and geopolitical climate.

At CERAWeek 2017 by IHS Markit, David Farr, Jesse Norman, and Ulrich Speisshofer spoke about the future of global trade in a panel discussion, “Whatever Happened to Globalization?” Farr is chairman and chief executive officer (CEO) at Emerson, Norman is the UK Parliamentary Under Secretary of State and Minister for Energy and Industry, and Speisshofer is CEO at ABB Group.

Part of the discussion focused on whether recent global political events, like the Brexit vote in the UK or the 2016 US presidential election, represented a rejection of globalization. Farr characterized these events as a “rebalancing” of globalization efforts rather than a rejection, and he said that global trade will still be a key to the success of manufacturing companies.

“Companies like Emerson and ABB, we’re truly global manufacturing companies that must serve our customer base. We have localized around the world and we compete around the world against local players to serve those customers. That trend will continue. But, from a certain perspective, every once in a while you have to get a shock to the system.”

The complexity of global supply chains and the role they may play in a future globalized economy was also examined. Speisshofer said supply chains are in constant flux. With technology and automation taking on a greater role in operations, companies can bring their supply closer to where the demand is, thus increasing local competition by removing various logistical needs.

Speisshofer said automation will decrease the need for “containers shipped around the world” and make the need for technological innovation even greater.

“In the past we’ve decoupled supply and demand, first logically and then geographically, and now it’s coming together again at the point of demand,” Speisshofer said. “We can localize the value added at very competitive rates. We have much lower working capital requirements. We have much lower risk of execution.”

Farr said that, as supply chains become less integral, it will become more important for companies to find skilled labor in the workforce in emerging and established markets. To this end, he said some first-world countries—such as the US and the UK—do not place enough emphasis on technical skills in their education systems, and that changes in the education structure are necessary for these countries if they want to create more competitive workforces in the near future.

Norman said the British government has rediscovered the importance of technical education. The 2017 spring budget delivered by UK Chancellor of the Exchequer Philip Hammond calls for a GBP 500-million annual investment in technical education, along with the streamlining of an estimated 13,000 technical qualifications with the hopes of closing a productivity gap between the UK and other developed nations. The budget also calls for an increase in training for 16- to 19-year-olds on technical career paths.

Despite this increased emphasis, Norman cautioned against any expectations of immediate progress. He said adjusting the UK’s education structure is a long-term effort whose effects may not be seen for a generation or more.

“I think one of the things you look at when you look at whether your best brains are being brought into engineering or technology as opposed to finance or professional services, there’s this question of how do you get people not just into higher education, but also further education? We are trying to take a generational position here because we know it’s not going to take just 10 or 15 years. It’s going to take 20 or 30,” Norman said.