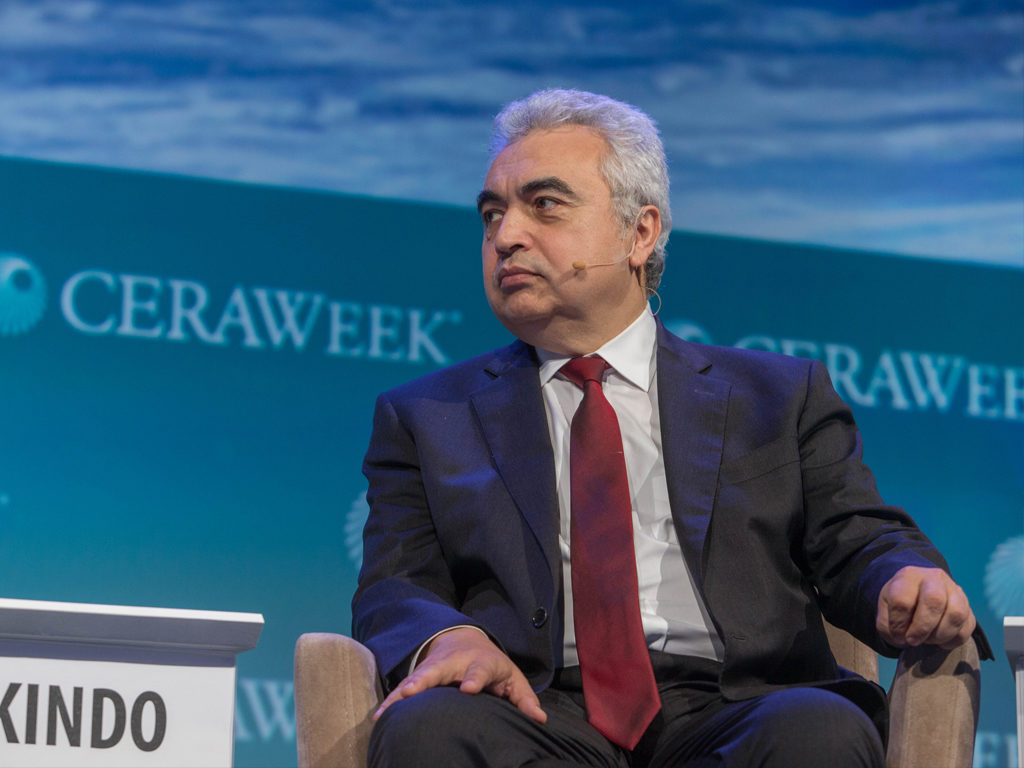 The executive director of the International Energy Agency (IEA), Fatih Birol, urged upstream oil industry leaders at IHS CERAWeek on 7 March in Houston to invest now in finding and developing more oil supplies to prevent a shortage from arising after 2020. He appeared with Mohammed Barkindo, secretary general of OPEC, in an interview format in which they responded to questions by CERAWeek Chairman Daniel Yergin.

“Number one, no peak in oil demand,” he said. “Oil demand is growing in a strong, in a healthy way. Maybe the growth is slowing down, but we don’t see any peak.

“Number two, we believe—since we are here in Houston, I have to say that—we are witnessing the start of a second wave of shale oil growth coming, we think, in the next five years at 1.4 million barrels per day.

“But, number three,” he continued, “even that is not enough to make the IEA feel that we should be relaxed in the next two or three years because we see that there may be a strong supply gap as a result of lack of investments.”

Looking ahead, Birol said the industry will need to offset natural field declines while meeting growing worldwide demand in a global production system with diminishing spare capacity. “We are advocating that the investments need to be made and need to be made without delay,” he said. “If I had to underline one key word here, it would be investment for the upstream.”

The market growth in electric cars is an important argument in recent reports by some organizations—including some oil companies—that have projected peak oil demand in the next couple of decades. Birol noted that a record number of more than 1 million electric cars were sold globally last year but that it was still less than 1% of new car sales.

Even if the number were to jump to 50% of new car sales tomorrow and remain there for 20 years, “which is a very heroic assumption,” Birol said, “we will still see global oil demand increasing for the reason that the oil demand growth is driven by trucks, jets, and [the] petrochemical industry. The Asian trucks alone are responsible for one-third of the global oil demand growth, where you have barely any substitutes [for] oil products there. ….

“With the decline in the existing fields,” he continued, “our message to the oil industry here in Houston is invest, invest, and invest.”

Barkindo discussed the production-cutting pact agreed to by OPEC and major non-OPEC producers in December and called the January output numbers from the participating countries “very, very encouraging.” Asked whether he sees the oil market rebalancing, he answered, “Yes, I think we are on course.”

The pact is set to expire in June. The participants are slated to meet on 25 May in Vienna to assess the market and decide on further steps, if any. The key determinant will be global oil market inventory levels, which Barkindo said the participants want to see decline to well within their 5-year moving averages before deciding to lift the agreement.

OPEC represents a major body of global oil producing countries, while the IEA represents global oil and energy consumers. Barkindo said that the two groups have begun to compare their outlooks, under the auspices of the neutral International Energy Forum (IEF), and have agreed to work together under IEF guidance “to minimize some of the differences on baselines and what have you.” He said, “We all belong to one market.”