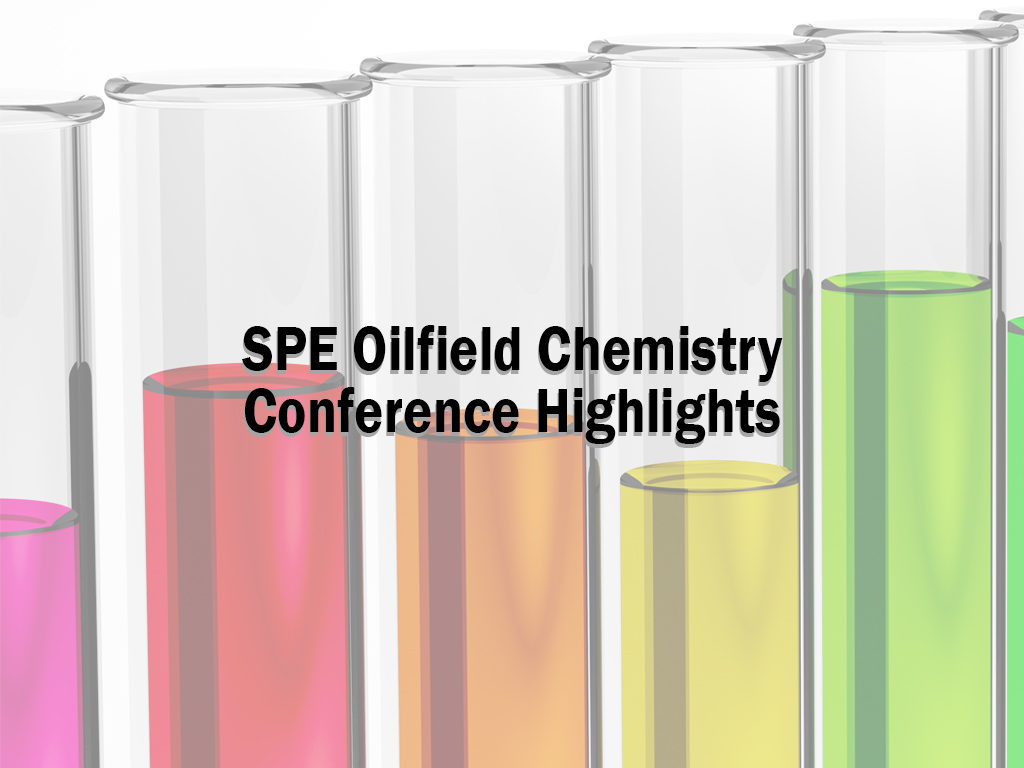 Wet-gas production in east and central Texas can often be a complicated process, as corrosive fluids in gas wells often lead to significant deposition of iron sulfide scale in production tubing. Speaking at the SPE Oilfield Chemistry Conference, Jonathan Wylde discussed the challenges in creating a chemical component to deliquefy gas wells while reducing corrosion and preventing iron sulfide scale. Wylde is the global head of application development at Clariant Oil Services.

The gas wells are located in the Teague field in east central Texas. There are several producing reservoirs in the field, but the Upper Jurassic Bossier and Cotton Valley Lime reservoirs are the most prolific. Wylde said the gas produced by the two reservoirs have different characteristics, which indicates that they come from different source rock despite being in the same field. The Bossier Sands are a blend of centered gas accumulations and prograding deltaic channel systems with minimal formation water, and the Cotton Valley Lime is an oolitic shoal trend with higher porosity zones that can produce significant amounts of water and hydrogen sulfide (H2S).

Wylde said the requirements for an adequate chemical component were borne of a unique combination of challenges, including gas well liquid loading, iron sulfide scale deposition, sulfate and carbonate scale deposition, and sweet and sour corrosion from the H2S.

“All in all, it was pretty challenging. We started to see some pretty nasty stuff once we produced a little bit of water,” he said.

Clariant performed several laboratory tests on two cocamidopropyl-betaine-based foamers with a phosphonate scale inhibitor and a quaternary-ammonium-compound-based corrosion inhibitor. The foamers, Product 84 and Product 85, differed slightly in the ratio of their components but were otherwise similar. A rotating cage autoclave test showed that each product reduced corrosion rates to within acceptable limits. Conventional scale inhibition testing showed that the minimum inhibitor concentration required for scale control, and Clariant determined that the laboratory results were scalable to field application.

After successful laboratory testing, a field trial was sanctioned. Wylde said an increase production on one well, referred to as Well 4HR, was immediately discernable upon chemical injection of Product 85. Whereas the well previously needed to be shut in on a regular basis, after injection production was uninterrupted and followed a smooth trend that tracked the predicted production decline.

Ion and gas analysis showed that iron sulfide scale was also held in check and not depositing as a result of Product 85. Coupons inserted before injection showed a significant buildup of iron sulfide deposits, while coupons injected during injection were nearly untainted after a 4-week runtime. Wylde said the coupons provided valuable information.

“We’ve seen this before in other field trials. It’s very difficult to get field data from iron and manganese, these type of scales. Really, we get the value from the coupons,” Wylde said.

The formulation was stable up to 300°F and passed all performance tests. Wylde said that the tests showed it was possible to formulate a combination foamer product with corrosion, conventional scale, and exotic scale functionalities.