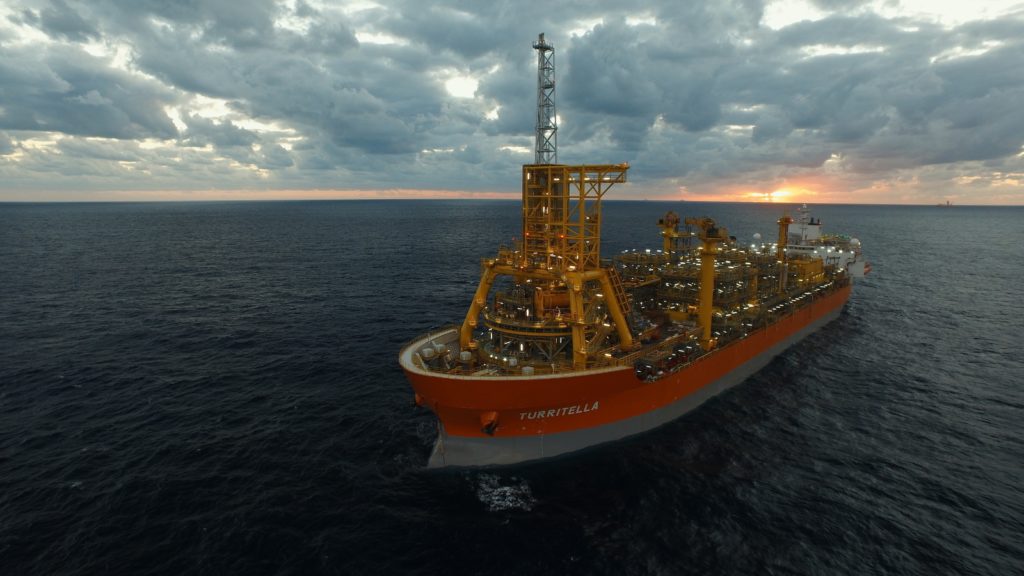 The Stones field is produced with the Turritella floating production, storage, and offloading vessel. The facility operates at the extreme depth of 9,556 ft. Source: Shell.

Average oil production in the US Gulf of Mexico reached a new benchmark of 1.6 million B/D in 2016, topping the previous record set in 2009 by 44,000 B/D. January’s average production reached 1.7 million B/D, marking a fourth straight month of increases for the offshore region.

These figures were published by the US Energy Information Agency (EIA), which predicts that crude output from the US Gulf will continue to rise into 2018.

Last year, there were eight offshore projects commissioned in the offshore basin, including Shell’s 50,000 B/D Stones floating production facility that started up in September and Anadarko’s 80,000 B/D Heidelberg spar platform which achieved first oil in January. Seven more projects are slated to start up this year.

The EIA notes that the improving production totals come amid a significant decline in offshore rig activity. In 2014, the average number of rigs drilling in the US Gulf was 55 compared with 22 in 2016. Correlated to this trend is a rise in exploratory wells drilled in proportion to development wells.

“This reflects operators taking advantage of the lower day rates in the current low price environment, with expectations of higher returns when crude oil prices rise and discoveries are brought into production,” the report reads. 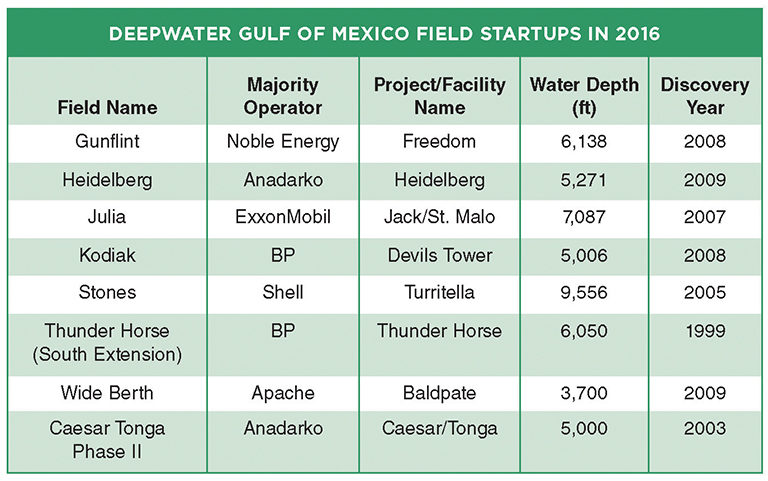