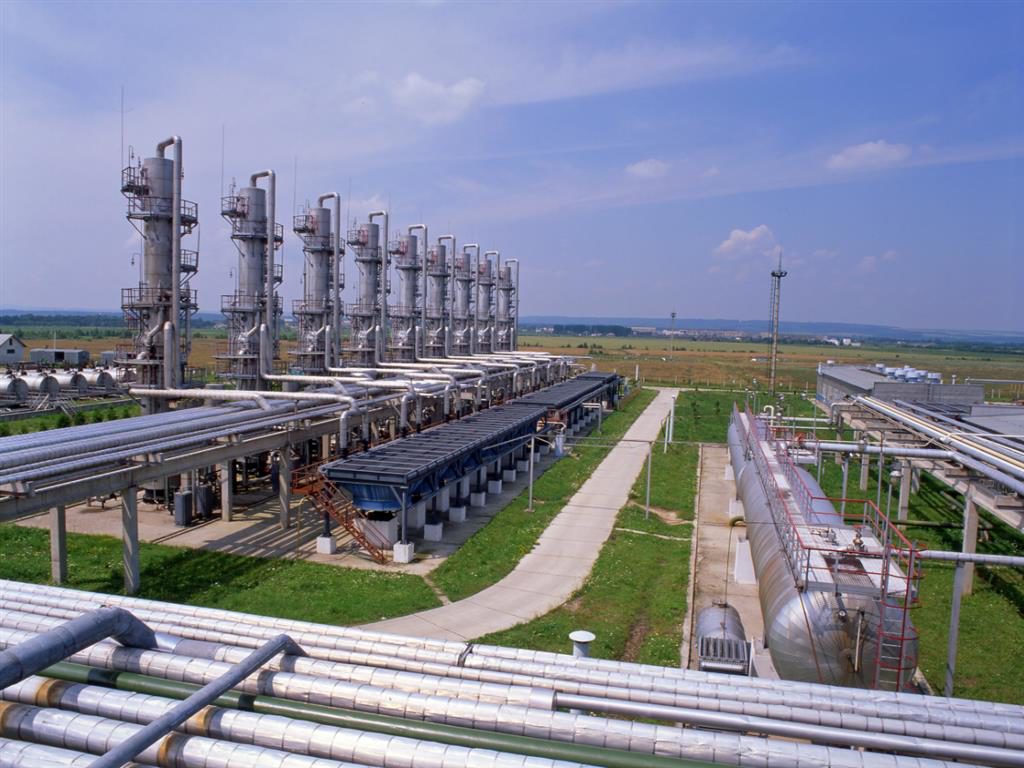 Researchers at Rice University in Houston have advanced their efforts to develop a low cost and relatively simple-to-make filtering material for carbon dioxide separation and capture. Their aim is for this new material to be used at natural gas gathering facilities where it will absorb carbon dioxide from natural gas streams while allowing the methane product to pass through.

JPT featured the work in 2014 and, since then, the researchers say they have figured out how to optimize their process to make the material, described as a porous-carbon sorbent, to address the different chemical makeups of natural gas sources.

The project has received funding from US independent operator Apache Corporation. The latest details were published last month in the Royal Society of Chemistry’s journal Sustainable Energy and Fuels.

Saunab Ghosh, a research scientist at Rice, described the material as cheaper and easier to make than other forms of activated carbon, enough so that it will be commercially feasible to produce at scale. “Our material is also highly recyclable—you can use it more than 200 or 300 times,” he said. “It’s one of the most interesting properties of this porous carbon.”

In addition to midstream oil and gas applications, researchers hope the material will serve as an alternative to conventional amine-based scrubbers used in refineries, power plants, and other industrial facilities. Ghosh pointed out that a major drawback of these scrubbers is that they can be used for only a few cycles. “After that, they become useless and you have to change your whole filter setup or buy a new one,” he said.

To make the porous carbon, the Rice researches say only three simple controls are involved: temperature, time, and the ratio of potassium hydroxide to polymer additives. Depending on the makeup of the feed gas, these parameters can be tweaked to produce a variation of porous carbon that is most effective.

Ghosh said that the key enabling factor of the porous carbon is the size and width of its pores. Through trial and error, the researchers have found that some forms may have a high surface area, needed to provide plenty of real estate for the separation process, but lack the optimal pore size.

“If the pore sizes are too big, 3-4 nm wide, the [carbon dioxide molecules] will become stacked,” Ghosh explained. “But through thermal agitation, they will fly out and maybe only a small amount will stay in the material.” 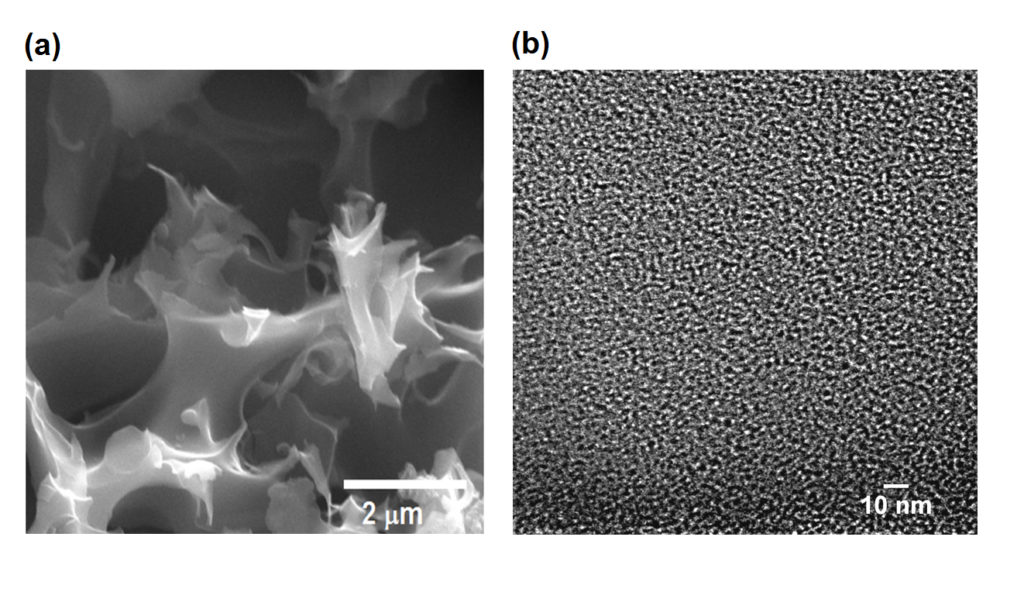 Microscopic images of a porous carbon that that can be optimized as it is made to achieve a specific selectivity for natural gas and methane at natural gas facilities or other types of industrial plants. Scientists say the material is affordable and will be commercially  scalable. Source: Rice University

The conclusion is that the pores must be no more than 1-2 nm across in order to effectively trap the carbon dioxide without also trapping too much methane. In general, Ghosh said the material absorbs 8 times more CO2 by mass than the methane.

Once the material is filled to capacity, both the carbon dioxide and residual methane can be released by heating it to a specific temperature. This process could be automated in a commercial product, and the release of the two gasses can be controlled since they react to different temperatures. Using a temperature-swing technique, Ghosh said a “high-purity” grade of methane can be recovered and sold.

Critical for commercialization, he also emphasized that oil and gas companies should be able to create the porous carbon in their own laboratories or by those run by their third-party developers. While the foundational research for this project requires a deep knowledge of organic chemistry, Ghosh said the synthetization process is “straightforward” enough for less-specialized technicians to follow.

This research is ongoing and more results are to be published. Among them will be a paper outlining the progress made on efforts to modify the material to capture highly-corrosive sulfur dioxide, otherwise known as a sour gas. Rice researchers are also investigating another form of porous carbon that is cheaper than the current iteration and may be more effective at absorbing carbon dioxide.