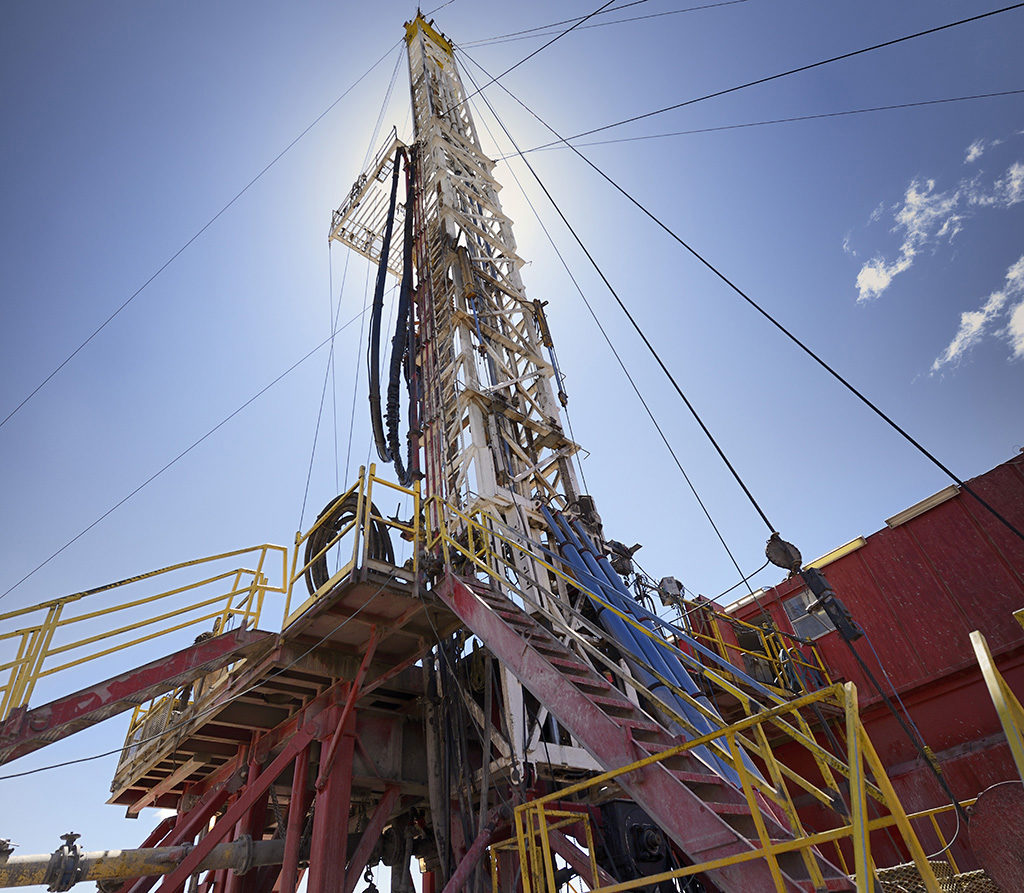 A method that integrates data from many sources, improving the understanding of reservoir variability and structural challenges, can enable optimal shale well completions for increased production vs. geometric completions, Schlumberger Senior Petrophysicist Kevin Fisher told the SPE Gulf Coast Section Reservoir Study Group recently. It is a subject he has also been addressing as an SPE Distinguished Lecturer for 2016–2017.

“How can we exploit our assets and get more oil out of the ground?” Fisher asked. “I think one of the things that hurts us the most is when we can have an economic well. I know that’s kind of a weird statement. So when we have an economic well, somehow we get complacent. We say, ‘It’s good enough, we’ve made money.’ I’m going to challenge that.”

Fisher insisted the industry can do much better and recommended applying an integrated workflow that incorporates lateral measurements and petrophysical interpretations to define variations in reservoir quality and completion quality.

With this information, operators can optimally place perforation clusters in similar rock to increase production vs. peer wells with geometric cluster spacing. He discussed how the workflow has been refined by numerous case studies from multiple basins.

A 2011 study of more than 100 horizontal wells in four basins showed that one-third of the perforations did not contribute to production, Fisher noted.

Another study of total wells drilled and completed in four basins during 2008–2013 indicated a substantial increase in average lateral lengths and fracturing stages but little growth in 3-month cumulative production. “We’re not seeing this linear type relationship of, ‘oh, the longer I drill and the more rock I complete, the more hydrocarbon I make’,” he said. “What do we do to shift this data?”

An indication of how methods and results could be improved, Fisher said, came from the analysis of a Marcellus Basin shale lateral with half of its completions engineered to optimize the placement of perforation clusters and the other half relying on geometric cluster placement. Using fiber-optic monitoring, the operator found that approximately 90% of the engineered clusters accepted fluid while only about 60% of the geometric clusters did.

Additional Marcellus data from three similar cased wells showed 33% and 40% better contribution of perforations to production, respectively, in the two wells with engineered perforations vs. the well with geometric perforations, Fisher said.

In a Niobrara Shale lateral, logging tools were unable to reach total depth, forcing the operator to switch from engineered to geometric perforations from the point where the log ended to the bottom of the hole. Perforation performance declined significantly in the geometric section vs. the engineered section, he said.

Fisher cited the work of a reservoir-study consortium of four operators in the Eagle Ford Shale. The operators drilled a total of 12 wells, following their customary procedures with one exception: They located perforation clusters according to rock stress data so that stress differentials between clusters were minimized to help fractures propagate simultaneously as hydraulic fracture treatments were pumped into the rock.

A key finding in the study was that major changes in production resulted from variations of as little as 15 ft in cluster locations.

A hydraulic fracturing engineer may say that a treatment was pumped between two points along the wellbore and conclude that the whole interval was treated. However, Fisher said, “You may have done that but you did not maintain conductivity. We’ve got proof of that.”

An analysis of cluster placement in Eagle Ford wells showed that a reduction in rock stress differentials from approximately 700 psi to 250 psi over multiple sets of five clusters resulted in the number of perforations contributing to production increasing from 64% to 82%.

Reservoir quality was an important determinant of cluster performance, Fisher said, but he added that what was happening in the wellbore also influenced that performance. In multistage plug-and-perf fracturing, as crews flush treated areas to prepare for the next stage, they often overflush. This results in the removal of proppant that has already been placed in the near-wellbore rock and a drop in reservoir conductivity, he said.

In the Wolfcamp formation of the Permian Basin, Fisher said, an operator was experiencing frequent screenouts of fracture treatments. To clean out the damaged zones with coiled tubing was costing USD 300,000 per cleaning. When an integrated workflow was used to analyze the fracturing operation, the operator was persuaded to locate perforation clusters so that rock-stress differentials between clusters would be reduced in future wells. As new wells were drilled, screenouts no longer occurred.