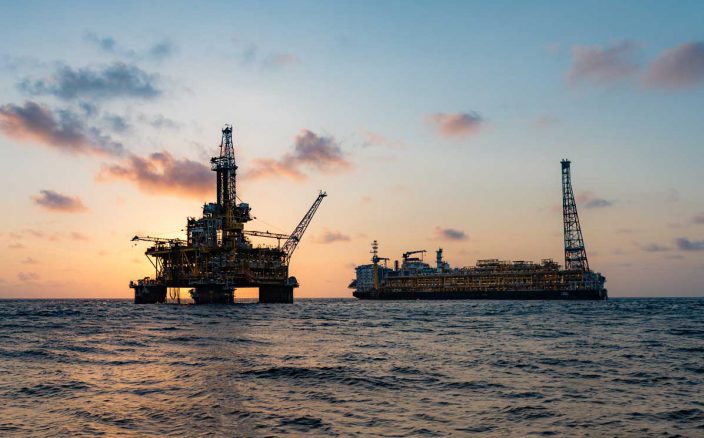 The recent startup of Total’s Moho Nord deepwater field, 47 miles off the coast of Pointe-Noire in the Republic of Congo, marked an offshore oil milestone for the country. The field began production on 14 March, representing the second phase of the overall Moho Nord project. The project’s initial development, the Moho Bilondo Phase 1b field, started production in 2015. Total initiated both field developments in March 2013, and as an investment they are the Republic of Congo’s biggest oil project ever.

Phase 1b and Moho Nord produce from the northern portion of the Moho Bilondo license, and the recent field startup completes stage two of the license development.

The initial stage, the Moho Bilondo field, began production on the southern portion of the license in 2008 and attained peak oil production of 90,000 B/D. It was the country’s first deepwater oil project.

The Moho Nord field, in water depths of 2,133 ft to 3,937 ft, will produce a peak 100,000 BOE/D. The field development includes 17 surface wells drilled from a new tension leg platform (TLP), aided by a semisubmersible tender-assisted drilling rig, and 17 subsea wells. The TLP is Total’s first in Africa and is unmanned. All field oil is being processed on the Likouf, a new FPU, and exported by pipeline to the Total-operated Djeno onshore terminal.

A presentation on the innovative project was given at a topical luncheon Monday at the Offshore Technology Conference in Houston by André Goffart, vice president of development and support operations at Total.

He noted that the Moho Nord field facilities are designed to minimize their environmental footprint. There will be no routine flaring, a capability aided by a cold-flare system. An all-electric power system improves energy efficiency by optimizing the amount of power needed to run the installations and ensures that all gas produced is marketed. All water produced at Moho Nord is being reinjected into the reservoir.

The field produces from Albian and Miocene reservoirs, and Goffart explained that Likouf is equipped with separate trains to process the oil from each reservoir because of their incompatible water content.

‘A New Type of Project’

“It is a new type of project,” Goffart said, noting the combination of dry and wet wellheads, the Likouf’s processing setup, and the innovations that have reduced the development’s environmental impact. He cited the project team’s success in bringing Moho Nord on stream in less than 4 years from its final investment decision and stressed its significant value to the Republic of Congo.

As operator, Total has a 53.5% interest in the Moho Nord project, with Chevron (31.5%) and Société Nationale des Pétroles du Congo (15%) holding the remaining interests.