For Pemex, Partnerships and Profitability Are The New Focus 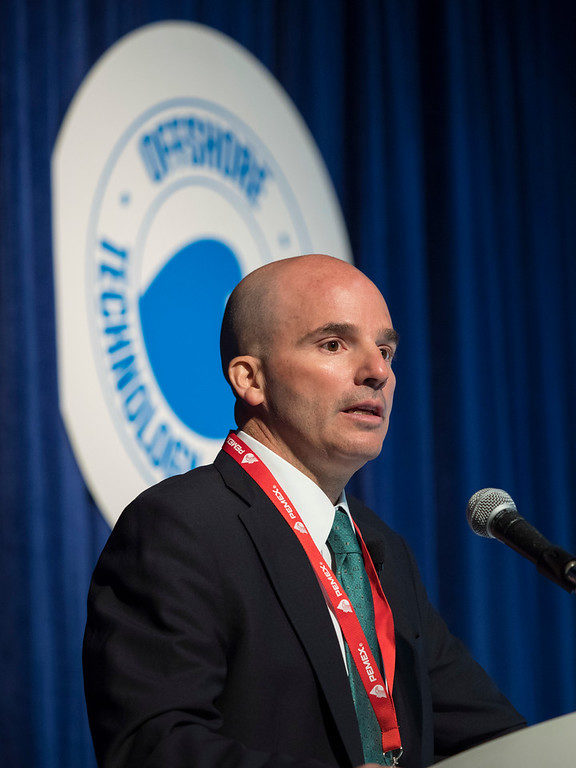 The new head of Pemex spoke Wednesday at the Offshore Technology Conference (OTC) in Houston, explaining his plan to reverse the direction of the state-owned company’s financial and production situation.

Appointed a little over a year ago, Pemex Chief Executive Officer Jose Gonzalez-Anaya told how the historic energy reforms of 2013 have freed his company to implement an “aggressive farm-out strategy” with oil companies from around the world. The aim is to boost Mexico’s oil production from 1.95 million B/D to 2.2 million B/D by offering these firms a piece of the upside, something that was previously unconstitutional.

“That’s the way all the oil companies in the world do it—and that’s the way we’re going to do it,” Anaya said, noting that the first Pemex farm out to Australian-based BHP Billiton for a subsea field in the Gulf of Mexico had no other way of being developed.

When asked about his plans for Mexico’s unconventional prospects, which are largely unexplored but thought to have significant potential, Anaya said that farm outs will also be used to get shale and tight rock projects running.

In addition to farm outs, Pemex is looking at new types of contracting schemes for service companies to drill and perform other operations that will include risk and profit-sharing terms, options also not allowed under the previous energy law.

These changes fold into another big one for Pemex, which is that its exploration and production programs will now be steered by their ability to make money, not their ability to generate volume. “That may seem obvious to you,” Anaya told attendees. “But being a state-owned company, we were given a [production] target before and now we’re told we have to be profitable.”

He went on to say that recently implemented measures have lowered the company’s investment risk profile, which will make it easier to access capital through bond markets that it can use to boost production. The impression Anaya issued is that Pemex’s balance sheet is beginning to heal after years of pain and neglect.

“I think that today we can say Pemex has stable finances—stable, but improvable, and we couldn’t say this a year ago, ” said Anaya, who formerly held high-level positons with Mexico’s Treasury Department and was a board member of Pemex. Many observers saw his financial acumen as the main driver behind his ascension to the top spot.

And for the first time since 2012, when crude prices were hitting historic highs, Anaya explained that Pemex has achieved positive cash flow before taking into account its debt service. Calling it “remarkable,” he added that Pemex is on course to reach overall profitability by 2020. The turnaround proves to him that an oil and gas business is generally a profitable one—“if you run it well.”

For Pemex, Partnerships and Profitability Are The New Focus