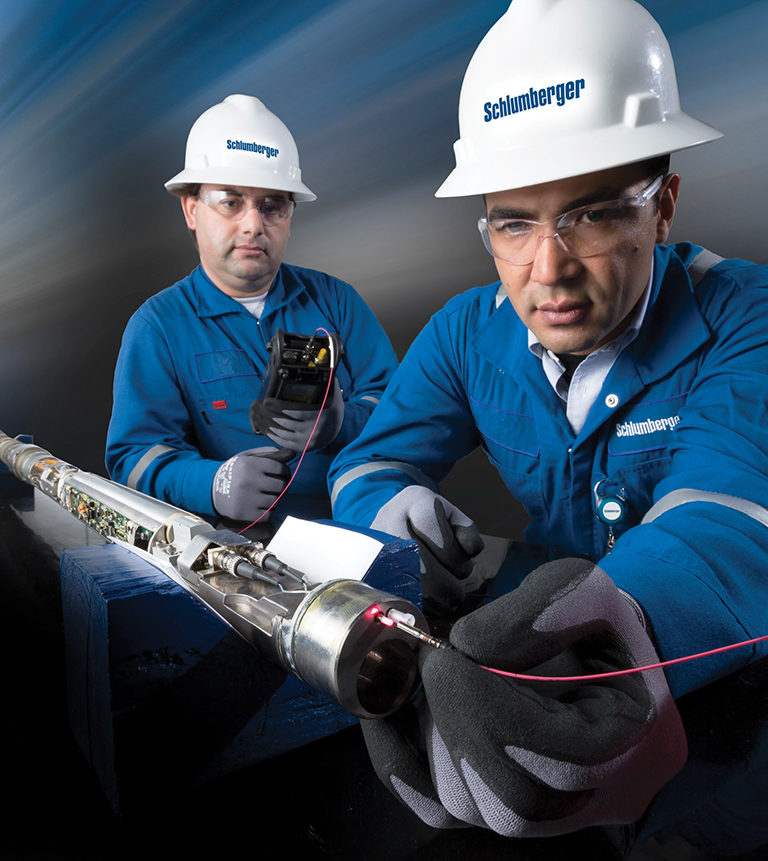 Deeper boreholes and longer, more deviated laterals are driving an evolution in well intervention operations, opening opportunities for the industry to develop challenging wells in new frontiers as intervention capability expands to support the most complex wells and completions.

From a service company standpoint, this phenomenon has challenged the industry to make continued improvements in the delivery of well intervention services and technologies to meet the needs of customers and do the job right, the first time. Development of advanced equipment, such as coiled tubing (CT) and other downhole tools that transmit critical data and measurements in real time, is helping operators move into these new arenas and produce from wells that once would have been inaccessible to intervention methods.

By far the most used and exposed piece of equipment in the oil field, CT has been a critical tool in moving well intervention services forward. The need for accurate, real-time data in CT operations will continue to be a key driver for further innovation. Downhole tools that can provide real-time information on depth, pressure, and temperature and depth correlation are critically important and represent a significant change from the requirements of 10 or 20 years ago in shallow, vertical wells, where a 0.1% discrepancy was acceptable.

For example, intervention in an offshore well of more than 20,000 ft requires better resolution and greater accuracy in the critical parameters, such as depth, pressure, and the specific activity of the CT than intervention in shorter wells in less challenging settings.

In this situation, a stimulation treatment to increase the productivity of a well with lower drawdowns on the reservoir can take 2 or more days to run in and out of the hole. Traditionally, operators have used surface measurements to infer the depth from length measurements, with little information and control over what the CT is doing downhole. In a difficult horizontal well, reliance on those assumptions can very easily lead to discrepancies in measurements and inaccurate decision making.

Optimizing the performance of existing wells is a practical choice that reduces the costs and risks associated with well intervention. Innovative CT technologies offer several key benefits, including a reduced footprint, accurate measurements of bottomhole pressures and temperatures, proper depth correlation, and precise load measurements in a unique, robust package for harsh and complex environments. These features allow operators to eliminate guesswork and make educated decisions as the job progresses, respond immediately, and adjust parameters as conditions change.

Toward that end, an innovative method for selective perforating and plug-­setting with CT provides several important advantages, including the ability to accurately correlate depth between each detonation using fiber-optic telemetry to transmit signals.

The tool’s accessibility to the targeted area is equal to that of a wireline tractor but without the need for a wireline crew at the wellsite. Thus, the use of the system minimizes environmental impact and reduces time and rig costs. The tool accesses the zone, positions the perforating guns, fires, and confirms detonation in one run (Fig. 1 above).

The use of fiber-optic telemetry to transmit signals eliminates the need to pump fluids downhole to initiate detonation, enabling operators to maintain underbalanced conditions to reduce formation damage while perforating and avoid displacing fractures when running plug-setting tools. The tool does not require a ball-drop or pressure-pulse mechanism to detonate, and can be used with a wide range of perforating guns.

The system selectively fires multiple guns for up to 10 zones in a single run, at different depths, overcoming conventional CT perforation methods that often require multiple runs, result in operating restrictions caused by the limitations of perforating heads, and compromise safety in confirming detonation. Guns can be fired on demand, and each gun is fired separately for greater control of the perforation operation.

The system is armed after it is run in the hole and programmed using wireline procedures through a surface system in the CT cabin. The battery-activated guns are fired from the bottom up. Continuous real-time feedback on the firing operation and an electronic safety key and pin that reduces risk while perforating enhance safety. Plug-setting is achieved by sending a command to the setting tool.

The CT real-time selective perforating and activation system has been deployed globally, including in Mexico, the Middle East, Malaysia, and Norway. To prevent deferral of production and remove formation damage in a brownfield, Mexico operator Pemex selected the system to perforate two new intervals and reperforate a critical production zone on a live well in underbalanced conditions.

Schlumberger deployed the system to accurately place the perforating guns and activate the charges without a ball-drop or pressure-pulse system. Data from the casing collar locator (CCL) and from pressure, temperature, and accelerometer readings safely confirmed the detonation in real time.

The operation was carried out in record time and increased production by 18%. The system reduced perforating detonation time by 75%. Pemex also significantly reduced health, safety, and environmental risk by eliminating the need to pump fluid for detonation and avoiding the hydrostatic loading of the well (Fig. 2).

Another operator in the region chose the single-run system for a 6,562-ft high-pressure horizontal section of an unconventional, multizone gas well after experiencing difficulties using simple perforating guns and abrasive jetting, which involves perforating by sandblasting the casing. Attempts to run plugs and guns using a wireline tractor failed to reach total depth, leaving CT as the only option.

The operator used the CT real-time selective perforating and activation system to execute three zones, firing multiple shots from the same location in the same run. Gamma-ray logging tool measurements and the downhole CCL depth correlation tool were used to place the bottomhole assembly, activate the firing head, and confirm detonation within seconds. Use of the system resulted in significant time and cost savings for the operator.

Going forward, maximizing production from increasingly challenging reservoirs will only be possible through the use of advanced technologies. Ongoing improvements in CT, along with breakthroughs in real-time monitoring and data transmission, have had a significant impact on the well intervention market by enhancing the quality of information available for making job-critical decisions during interventions. Thus, operators become able to produce from wells that once would have been beyond the reach of intervention capabilities.

As the industry pushes into new frontiers, development and greater use of real-time downhole measurements will be essential to assuring production in challenging wells efficiently, cost-effectively, and safely.