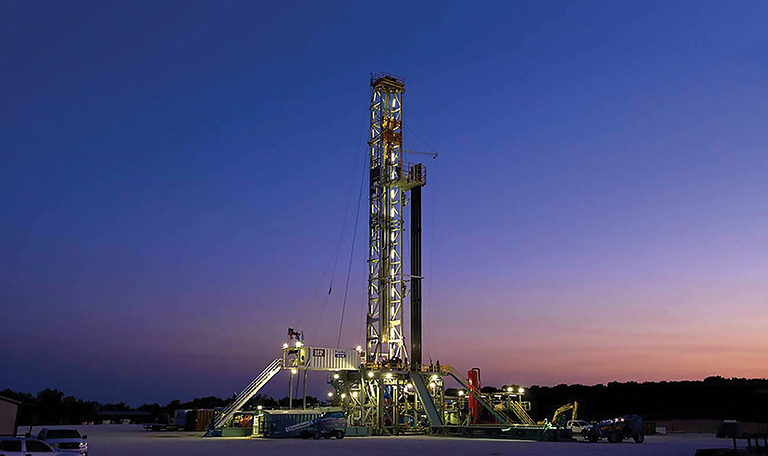 Source: ConocoPhillips.
A ConocoPhillips rig drills a well in the Eagle Ford Shale, an area where the company has also seen encouraging results by expanding its objectives to the Austin Chalk formation.

Interest is growing in drilling the Austin Chalk formation, with oil and gas companies hopeful that applying the latest unconventional resource development technologies can open a new chapter of expansion in a historically prolific play that dates to the 1920s.

Much of the new drilling is in areas of the Chalk that overlie some of the most active parts of the Eagle Ford Shale play in south Texas. Drillers there are taking advantage of the additional stacked play opportunities that can often be drilled with the same rigs and crews they are using in the Eagle Ford and sometimes in the same well. Some operators may have also drilled in the Chalk during the depths of the industry downturn to hold leases and temporarily defer deeper Eagle Ford wells.

The Austin Chalk extends from Mexico across south and east Texas and a large portion of Louisiana to Mississippi. The history of the Chalk play has seen several booms, the last one coming in the 1990s with the introduction of horizontal drilling. Cumulatively, the formation has produced 1.7 billion BOE with approximately 9,500 wells having been drilled there.