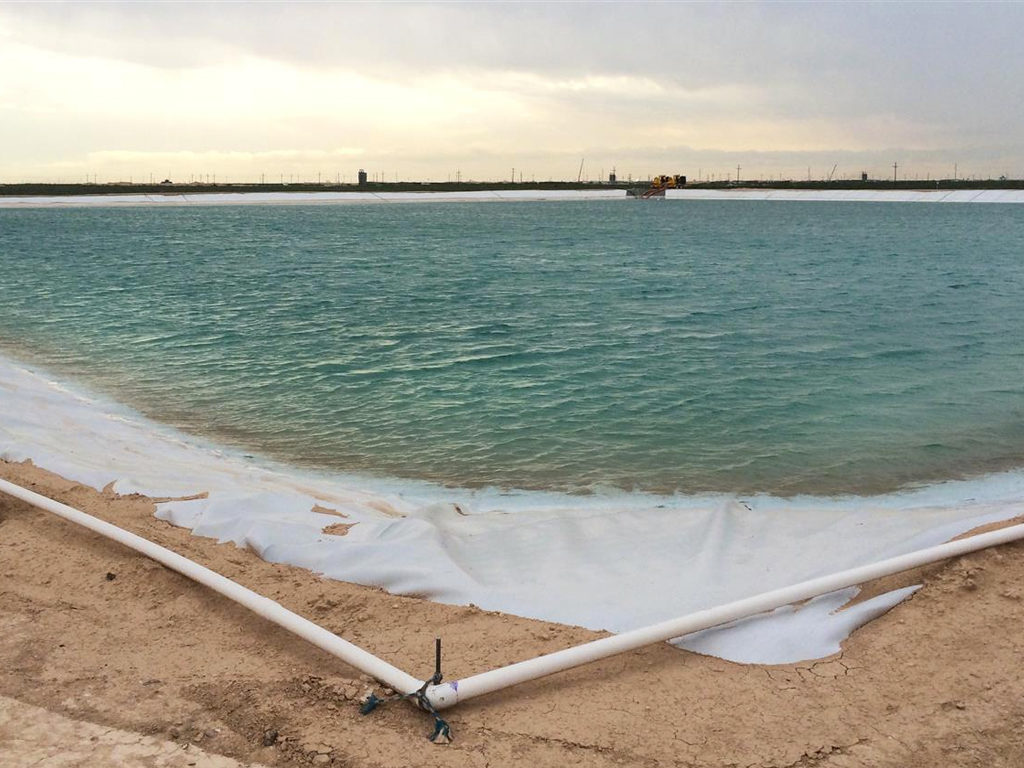 With the oil price market slowly recovering in recent months, hydraulic fracturing activity may increase at faster rates than previously expected. However, even with higher oil prices, operators in shale plays still face significant budgetary issues with regards to water management. As demand and usage increase, and salt­water disposal wells (SWDs) fill to capacity, com­panies looking to stay afloat will have little choice but to find alternative means to store and reuse their produced water.

“Costs will go up, and the industry needs to be prepared,” Piers Wells, chief executive officer of Digital H2O, said. “What this drives us toward is the con­clusion that increased water reuse will likely be an operational necessity in a recovering oil price environment.”

This article examines some of the water management issues facing companies in the Permian Basin and the ­Bakken, two plays with different geologic features but similar needs to handle rising produced water volumes.

The downturn put stress on operators in the Permian Basin, but despite the financial difficulties hydrocarbon and water production remained at high volumes. Digital H2O, a company that specializes in oilfield water resource forecasts, claimed that this was primarily due to the large number of wells completed between 2012 and 2014. Over the same time period, water intensity has gone up. In a company webinar, Wells said that the amount of water used per well completion has increased, and more water has been generated per well and per horizontal foot of wellbore length.

While completion activity has led to an increase in water intensity in the ­Permian, the basin’s SWD capacity is facing heavy constraints in key areas. Wells estimated that the average pressure utilization for SWDs was 65% in 2016, with several wells reporting utilization approaching 100%.

Fig. 1 illustrates the average monthly water volume disposed in an SWD compared to the average pressure utilization for SWDs for each county in the Permian Basin. A range of 60% to 80% utilization is considered high, and anything above that is considered full utilization, meaning that the wells in that county cannot accept any additional water for disposal. Wells identified four counties—Gaines, Yoakum, Kent, and Hockley—that are either at high or full utilization, with several other counties nearing the lower bound of the high utilization range.

At a presentation hosted by the SPE Gulf Coast Section’s Waste and Water Management Study Group, Bridget Scanlon outlined the numerous challenges operators face in reusing produced water in the Permian, ranging from the low cost of fresh water in the area and the cost of disposal relative to the costs of storage and reuse.

“Water is cheap in the Permian Basin,” said Scanlon, a senior research scientist for the Bureau of Economic Geology at the University of Texas at Austin. “We have it measured at about 25 cents per barrel. Also, the landowners want to sell fresh water and make money off of it. I would too. And then, the low costs of produced water disposal are a factor, and that doesn’t include the costs for transport. Then, of course, we’re recognizing the contamination risk of transporting and storing produced water in pits. You have to use tanks, and that’s a lot of tanks.”

Presuming that the price of oil continues to rise, they estimated that water ­production in the Permian could increase by as much as 50 million bbl each month. If production increases by this amount, approximately 70 million bbl of produced water would need to be diverted from current disposal facilities to new facilities or be diverted for reuse. A 15% volume increase in produced water would likely lead to multiple bottleneck areas in the Delaware and Midland Basins due to high disposal utilization, with Eddy, Lea, Hockley, Howard, Reagan, and Winkler counties being the most likely areas of acute bottlenecking.

Scanlon said the Central and Delaware Basins each have enough saltwater disposal water to support hydraulic fracturing; disposal to usage ratios were 1.7 and 2.6, respectively, based on the most recent data from 2014. An increase in campaign drilling may also help limit the need for SWDs, though Scanlon said it may raise questions of ownership of the produced water.

“As the system evolves, maybe we see that happening,” she said. “There’s the issue of who holds the water—if you turn a waste into a resource, then all of a sudden somebody might want to own it—but, from a water quality perspective, there is potential.”

Fig. 3 shows hydraulic fracturing water use per length of lateral for oil and gas wells in the Bakken. The figure illustrates water use for 7,868 wells drilled from 2005 to 2013 in the Bakken and Three Forks formations, encompassing the Northwest Transitional, Eastern Transitional, Central Basin, Nelson-Little Knife, and Elm Coulee-Billings Nose assessment units in Montana and North Dakota.

While the mean figures are lower in the Bakken than in the Eagle Ford and the Marcellus, Scanlon said the Bakken saw a significant increase in hydraulic fracturing use starting in 2013, when usage jumped from 310,000 gal/well to 2.8 million gal/well. This increase was partly related to variation in average lateral length, which led to an increase in normalized water use.

Annually, the state of North Dakota permits withdrawals totaling 10.3 billion gallons of surface water. The US Army Corps of Engineers agreed to a 5-year deal to make available at least 32.5 billion gal/yr of surplus water from Lake Sakakawea in the Missouri River basin via temporary and permanent withdrawal permits (Horner et al. 2016). On top of that, the Western Area Water Supply Project (WAWSP) expanded the supply of potable water from the Missouri River system for municipal, rural, and industrial use in an area near Williston, North Dakota, a central hub of Bakken activity. The WAWSP allows up to 20% of its available water to be used for hydraulic fracturing purposes. How­ever, accessing the water and transporting it to wellsites can be challenging for operators.

Scanlon said the water problems in the Bakken are similar to those in the Permian, namely in that the Bakken is a semi-arid region with high levels of salinity in its produced water—approaching 300,000 mg/L of total dissolved solids (TDS), nearly 10 times the salinity of seawater. Scanlon said the use of fresh water for well maintenance (namely the routine flushing of production casing to remove accumulated salts and prevent scale deposition) skews usage figures for operators in the region.

“The water is so saline that [operators] have to put fresh water down in it to keep it from scaling, and they don’t report that, so we don’t know how much they’re using. Some of the companies we deal with say, well, it could be quite a lot and we’re trying to see how we can manage using a lot of maintenance water. So in some cases we could double the amount of water being used for hydraulic fracturing,” Scanlon said.

The high-salinity produced water has forced operators and service companies in the Bakken to develop alternative methods to avoid running high fresh­water usage costs. In one such case, Schlumberger developed a crosslinked fracturing fluid that uses 100% produced water from the Three Forks formation. The fluid contains a polysaccharide gelling agent, a pH adjuster, and a proprietary metal crosslinker that it implemented in multistage fracturing for long horizontal wells. The fluid does not require that the water be treated (although operators can remove suspended solids or other potential sources of damage), and it is designed to be tolerant to changes in water quality throughout a typical frac stage.

The first step of implementing the fluid is to hydrate the gelling agent in produced water at a suitable pH to promote fast hydration; typical Bakken downhole conditions require a fluid pH above 10 (SPE 173783). In the second step, a group IV metal crosslinker is added and the pH is adjusted to achieve the optimal crosslinking rate. The resulting fluid is stable at bottomhole static temperature conditions and does not contain any hydroxide or carbonate scales.

McMahon et al. (2015) wrote that one of the benefits of this practice of re­using produced water is that the connate water produced from the well can reach thermodynamic equilibrium with the formation. The water it tested reached equilibrium with the formation it was produced from prior to production and, apart from suspended iron oxides, dissolved solids and hydroxides were found to be in the solution, eliminating the need for a chemical or mechanical method to change the equilibrium. Suspended solids can be removed by filtration, coagulation, and/or settling, and the inherent “fitness” of the water for the formation may be beneficial for operators.

Schlumberger also tested the fluid in a variety of mixwaters with salinity levels ranging from 43,000 to 350,000 ppm of TDS from formations in the Marcellus Shale and the Permian Basin. Identical formulations showed improved performance as the salinity increased.