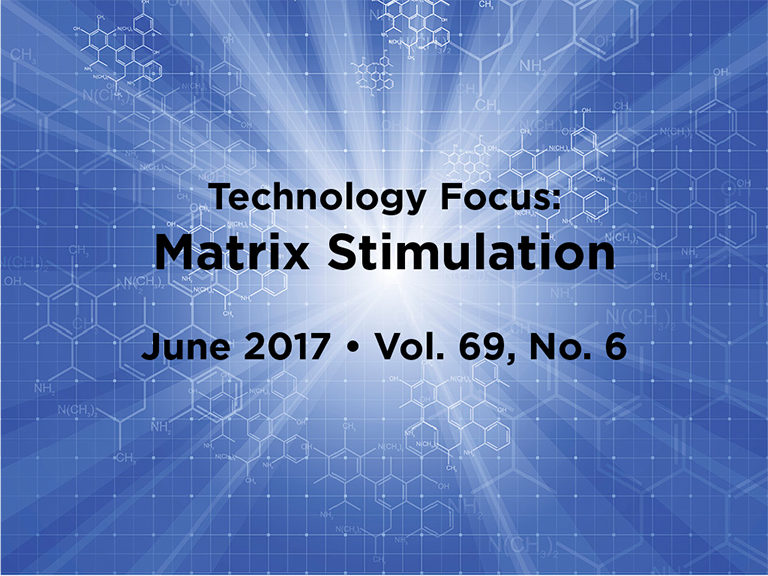 Cryogenic fracturing is a waterless stimulation technology that uses cryogenic fluids to fracture unconventional oil and gas reservoirs, and, to date, the underlying mechanism has been investigated rarely and is often understood poorly. This study aims to investigate the efficacy and feasibility of cryogenic-fracturing technology in enhancing the permeability of unconventional-reservoir-rock analogs. Laboratory cryogenic-fracturing experiments and finite-difference modeling are integrated to reveal the process and mechanism of cryogenic fluids in creating fractures in synthetic-rock samples.

Traditional hydraulic fracturing relies on mostly water-based fracturing ­fluids and usually consumes a tremendous amount of water. The usage of water not only can cause potential formation-damage issues but also can place a significant stress on local water resources and the environment. Thus, waterless stimulation technologies, especially cryogenic fracturing, are being developed to solve these issues.

Cryogenic fracturing uses cryogenic fluids such as liquid nitrogen to fracture unconventional oil and gas reservoirs. Fractures will be induced by the dramatic change of temperature when a warm body, such as reservoir rock, is exposed to a frigid fluid, such as liquid nitrogen. Although the feasibility of cryogenic-fracturing technology has been demonstrated by both laboratory experiment and pilot field tests, the mechanism behind it was rarely investigated and is poorly understood. A preliminary test involved a series of experiments investigating patterns of surface fractures and the effect of cryogenic treatment after submerging ­concrete-rock samples into liquid nitrogen. Computed-tomography scans showed that the fracture penetrated into the center of the block after 30 minutes of submersion. Further cryogenic-fluid-injection tests on concrete and shale samples have demonstrated the efficacy of permeability enhancement around the wellbore by injecting liquid nitrogen at both low and high pressures.

This article, written by JPT Technology Editor Chris Carpenter, contains highlights of paper SPE 185050, “Experimental Study and Modeling of Cryogenic-Fracturing Treatment of Synthetic-Rock Samples With Liquid Nitrogen Under Triaxial Stresses,” by B. Yao and L. Wang, Colorado School of Mines; T. Patterson, Devon Energy; T.J. Kneafsey, Lawrence Berkeley National Laboratory; and X. Yin and Y. Wu, Colorado School of Mines, prepared for the 2017 SPE Canada Unconventional Resources Conference, Calgary, 15–16 February. The paper has not been peer reviewed.
...
This article is reserved for SPE members and JPT subscribers.
If you would like to continue reading,
please Sign In, JOIN SPE or Subscribe to JPT