Growing Number of Projects Go Forward, but the Global Backlog Is Still Building 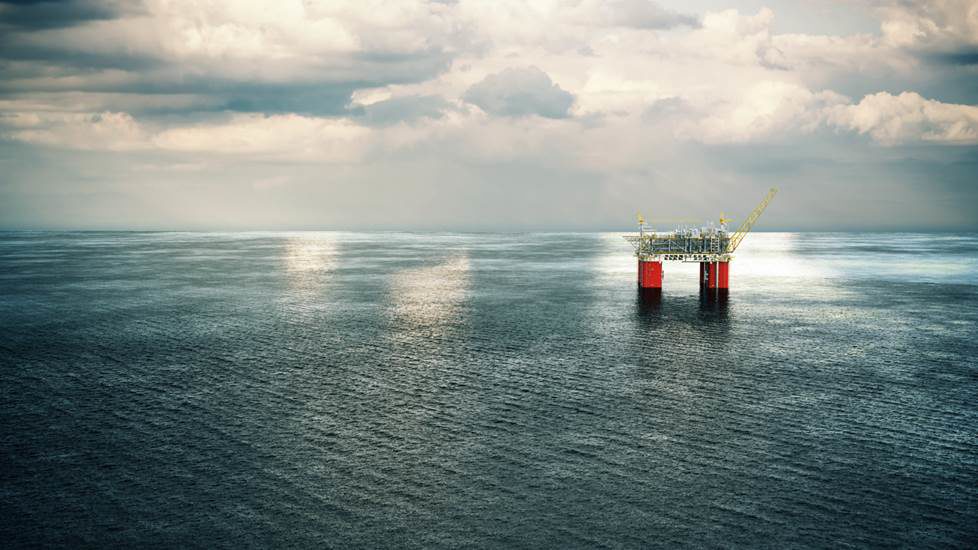 A computer illustration of the Mad Dog 2 platform. The facility's design was revamped as BP slashed the cost of the delayed project, which recently received a final go-ahead from all its partners. Source: BP.

There are recent signs of life in the exploration sector, with as many delayed projects getting funding during the first half of 2017 as in all of 2016.

A report from consultancy Rystad Energy tempers that superlative by describing the jump in the number of delayed projects getting a final investment decision (FID) as “apparent positive momentum.” 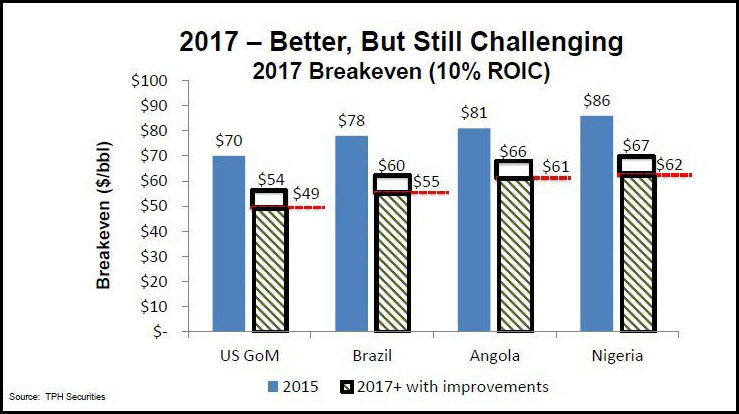 On the upside, it reported 17 delayed international projects have received an FID since it started tracking the many delayed projects in 2015 in the wake of the oil price plunge. The development cost of those projects is expected to be USD 78 billion.

The total spending for all projects will be larger because Rystad only looks at projects that had been put on hold, and does not include the ones sanctioned “more or less” on schedule after appraisal drilling was completed.

On the downside, the list of projects on hold in the energy information company’s UCube database keeps growing.

“The ongoing results of the oil price pain is clear to see—still over 100 projects delayed,” accounting for nearly 35 billion bbl of oil equivalent and USD 300 billion of potential spending, says Readul Islam, a research analyst for Rystad Energy.

Operators working in areas with high development costs, such as deep water and the Canadian oil sands, have reduced costs but need help from the price of oil to justify investing in growth.

“I feel the delayed projects list continues to grow because most people are seeking evidence of a sustained recovery in prices, which has so far remained stubbornly elusive as prices largely track sideways,” he said.

In part, these long-term efforts suffer in comparison to onshore projects that can pay back on their initial investments in a fraction of the time. In a world oversupplied with oil, decision makers are in no hurry to make big, long-term commitments.

For example, BP announced last December it would fund the Mad Dog 2 development after revamping the delayed project to reduce its cost by 60%. But the final decision only came recently when its partners BHP Billiton and Chevron officially joined in.

“All input assumptions need to be questioned and rechecked to ensure they lead to acceptable profits. This stretches project timelines,” Islam said. “Also stretching timelines is the possibility some investment boards are putting off a sanction decision, hoping to catch the bottom of the cost cycle.”

Compared with 2016, though, offshore projects are moving closer to being back in the money.

The deep slump has battered the offshore service sector, and contributed to shrinking reserve totals for the biggest international oil companies.

A jump in project sanctions might help these publicly traded companies avoid a third straight year of declining reserves.

Proved reserves declined in 2015 and 2016 for 68 companies tracked by the US Energy Information Administration (EIA), using data in earnings reports.

The big declines were reported by the larger producers in the group, and were concentrated in the Canadian oil sands, where billions of barrels of reserves had to be subtracted from the proven total because they will not be developed anytime soon.

Going forward on big field developments could change that. For example a final decision is expected later this year on the Libra field, which could significantly add to the reserve totals for Petrobras and its partners.

While an early estimate puts the ultimate production of the field at around 10 billion barrels, the amount added will be a judgment call based on the likely output from the initial development.Rebuilding reserves quickly will be tough at a time when spending on exploration and development is down. 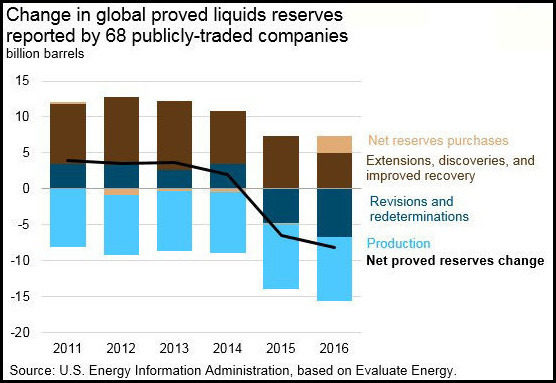 “It is an industry that is doing its best to right-size its cost structure but there is not a lot of dollars to go around,” Pickering said.

In some companies, cash is so short that development is not an option. “The (delayed) list also continues to grow as smaller companies fighting to stay afloat in the current environment throw in the towel and either farm out their assets, or even enter bankruptcy,” Islam said.

In this market, companies are working with investment bankers to add reserves. Last year, the reserves purchased by the 68 companies tracked by the EIA were far higher than any other year covered by the chart dating back to 2011.

Longer term, Pickering said deepwater exploration is ideally suited to fill the gap for major oil companies. Remote, offshore fields offer big oil and gas potential finds in a place where those players have resources and skills that others do not.

But exploration results show the cost of failure remains high. Each year Tudor Pickering tracks 50 wells to watch, and the futility level tends to be consistent, with only about 15% of them really successful.

“Finding oil and gas is tough, and finding oil is tougher,” Pickering said.

Growing Number of Projects Go Forward, but the Global Backlog Is Still Building