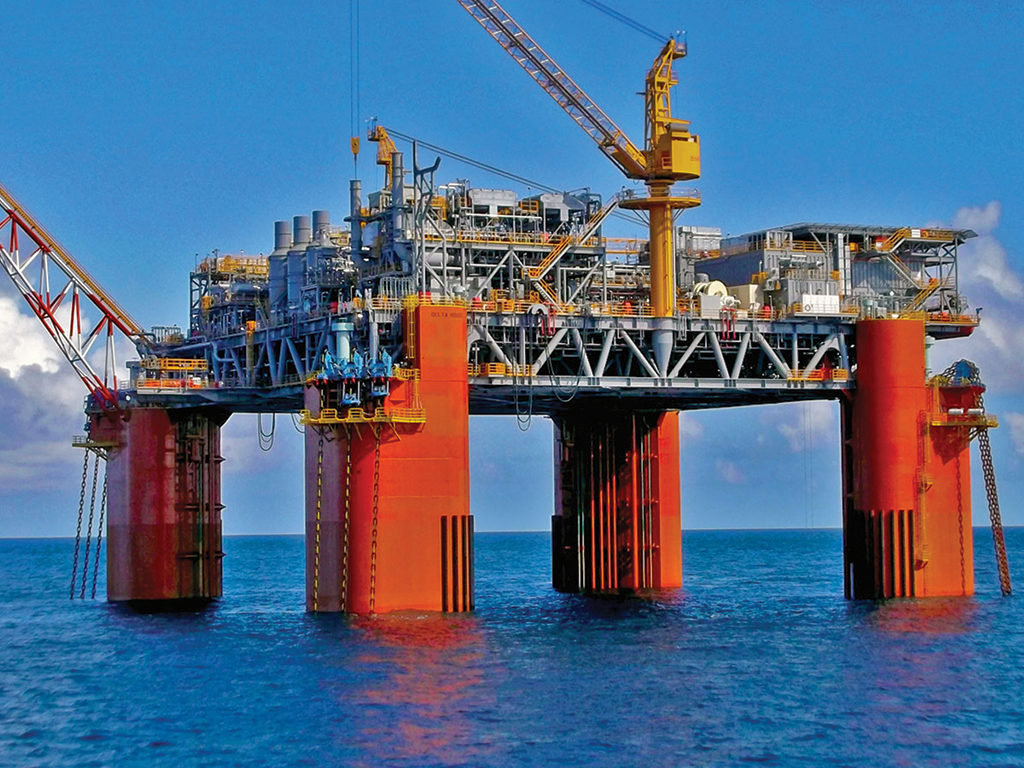 Across a single-week period this spring, I spent time in three very different basins and business environments: Saudi Arabia, the Midland/Permian basin, and at the Offshore Technology Conference. What a difference you see among these three areas, and each has a vastly different future predicted.

Saudi Arabia and Aramco are operations unlike any other. If “everything is bigger in Texas,” it is much bigger in Saudi Arabia. Aramco approaches business differently from international oil companies and independents—not always looking to maximize net present value, but always taking the long-term view. Reservoir management is key, and the most sophisticated tools are used to maximize ultimate recovery from the stunningly prolific reservoirs. Everything takes a long-term view, from training and developing national staff to managing reservoirs to building infrastructure with future development in mind.

While in Saudi Arabia, I was fortunate enough to get a brief but memorable tour of Aramco’s Manifa field, which is located both onshore and in very shallow water, roughly 15 m deep.

Perhaps most remarkable about Manifa is that Saudi Aramco created 27 artificial islands and 42 km of connecting causeways. This infrastructure is used as shallow-water development platforms, all while preserving the delicate coral reefs and fisheries in the shallow bay. It is a remarkable story of developing a characteristically huge Arabian field. The Manifa Crude Oil Increment has a capacity of 900,000 B/D, 90 million scf/D of non­associated gas, and 65,000 barrels of condensate per day. Massive and massively remarkable.

The Permian Basin churns on and is the hottest area in the world. A professor of mine at Texas A&M University (who also taught at Texas Tech University in the 1970s), J.T. Rollins, told his eager students, “The best place to find oil is in an oil field.” The Permian Basin continues to prove that adage. Many times, the Permian Basin has been written off, properties sold off, and portfolios rebalanced. Then someone comes up with a new approach, and the race is on again.

As I flew to Midland on a perfectly clear day, I could easily see the changes and activity in the oil fields below. I was reminded of my first flight to Midland on long-gone Texas International Airlines in the fall of 1980. I also remember looking down at the “roads to nowhere” without realizing they were well locations. I had never seen Texas west of San Antonio; all of my oilfield experience was in east or south Texas. I stepped out from the airport that fall afternoon to see 360 degrees of horizon for the first time. I went on to spend most of the 1980s in Midland, learning the oil field from the bottom up. I still find the topography of west Texas fascinating, where you can see the contours from the air and the geology on the ground.

And now, the Permian Basin relishes another renaissance, the second phase of the boom that started with the combination of horizontal drilling and hydraulic fracturing in shales. The industry took a pause from 2014–2016, resetting the cost structure by pressuring contractors and laying off or retiring massive numbers of employees. Now with the stabilizing of the West Texas Intermediate price in the USD 50-ish range, operators are comfortable with spending again. Merger and acquisition activity is strong, with two significant multibillion-dollar ­Permian Basin transactions in the first quarter of 2017: Exxon­Mobil’s purchase of the Bass Brothers’ holdings and Noble ­Energy’s ­purchase of Clayton Williams’ holdings.

The race is on again. The best place to find oil is in an oil field, with new technologies and an ongoing focus on costs and efficiency.

At OTC, the mood was cautious optimism and hopefulness. The crowd generally hoped that the deepwater industry has turned a corner; outside the show, however, many other people believe that the offshore industry will continue to struggle until at least 2020.

Operators need the big deepwater discoveries to replace depleting reserves and continue to hunt elephants. According to Wood MacKenzie, deepwater investment peaked at USD 78 billion in 2014, and the resulting production should peak at 7.4 million B/D in 2020. The sheer size of the risk in deep water has thinned the herd of companies willing to invest at that scale. More than 70% of pre-final investment decision (FID) deepwater projects are operated by just eight companies: Petrobras plus the seven majors, ExxonMobil, Chevron, Shell, BP, Total, Eni and Statoil. However, in 2014, that group only held half of the pre-FID portfolio; smaller companies have mostly given up on operating in deep water and are refocusing their portfolios on lower risk, shorter-cycle projects.

In this lower-for-longer price environment, operators want fast cycle investments, low-oil breakeven points, and capital discipline, all of which favor factory-style unconventional developments over offshore. At USD 60/bbl or less, very few of the current deepwater projects in the global portfolio will be developed. There are some bright spots, such as BP’s Mad Dog 2 project, where breakeven costs were reduced significantly over the past few years, mostly due to swapping out a spar for a floating production unit.

LLOG Exploration won the OTC 2017 Distinguished Achievement Award for its Delta House floating production system development. The cost, time from discovery to first production, safety performance, reliability, and regulatory compliance were world-class. The breakeven price for Delta House from inception was about USD 27/bbl; it is below USD 20/bbl going forward. LLOG plans to repeat its low-cost development philosophy at the financially challenged Buckskin project. LLOG is the third operator of Buckskin, taking over from Repsol, which became the operator following the 2015 exits of both Chevron (former operator) and Maersk.

Some exciting new developments have created optimism about the future of deepwater exploration and development. Of course, the Mexican side of the Gulf of Mexico is what everyone is talking about as the winners of the recent lease sales begin to develop new prospects. Large discoveries in Guyana by ExxonMobil and Senegal by BP are scalable and developable, bringing significant change to both countries if they can be developed economically.

Along with the success stories you will find failures. The formerly bustling west Africa basins offshore Nigeria and Angola are currently shut down. Operators are waiting for governmental fiscal reform plus relief from persistent, very high costs and local content requirements. Most analysts don’t predict a return of activity anytime soon.

And then there are some who predict the end of not only the offshore industry but also the oil industry in general. During OTC, Houston Chronicle business columnist Chris Tomlinson wrote that “deep water drilling’s best days are behind it.” Tomlinson predicts a steep decline sooner rather than later because of electrification of transportation and offshore’s inability to compete with cheap, repeatable onshore developments. He is definitely not optimistic about the oil industry in general and offshore in particular.

So the deepwater industry continues to be threatened at both ends of the price curve. No doubt about it, OPEC and Russia will likely continue to use their spare capacity overhang to threaten the markets with another 2014-style price crash. This threat will keep long-cycle investments such as deep water and oil sands off the market. And on the high end of the price curve, people tend to forget that high oil prices make renewables economically viable. Growing interest, surging technology, government subsidies, and public pull, especially in Europe, are driving investment in renewables and battery technologies. Once the battery problem is solved, and it will be at some point, the renewables game will change.

Is it time for a deepwater renaissance? I think it is too early as the price forecasts are too unpredictable, and the profit margins at these prices are too narrow. It is all about Risk and Reward, and the oil price, capital cost, and geopolitical risks are just too much for pre-2014-style developments. It is too soon to predict the end of the deepwater industry since deep water still holds the most promise for large, world-class exploration discoveries. The issue is developing them economically in a lower-for-longer USD 50–60/bbl world, and it will be engineers who solve that problem.