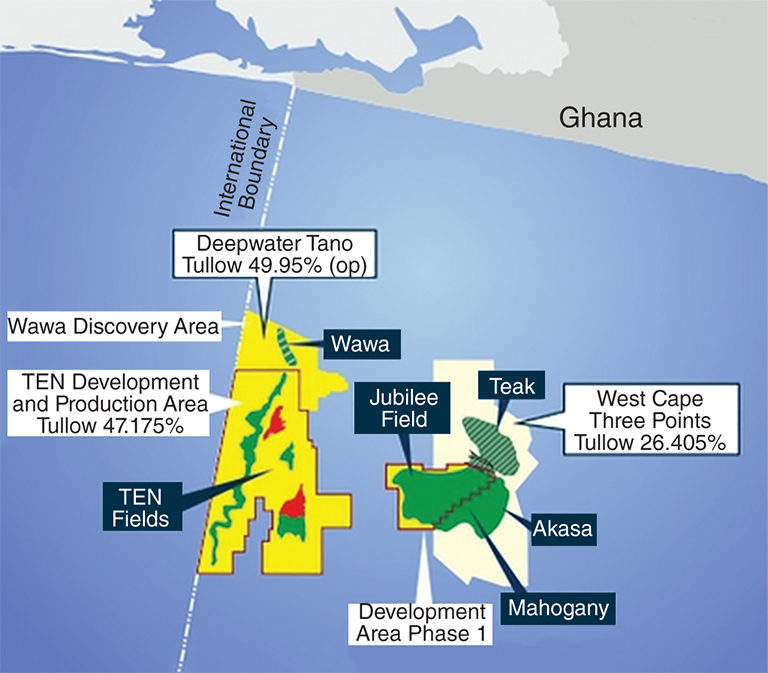 Africa was first called the “Dark Continent” in the 19th century. The term is originally credited to the famous explorer Henry Stanley from his 1878 book “Through the Dark Continent.” Back then, Africa was a mysterious and dangerous place for European explorers.

Today, when I conclude most of my presentations, I use the NASA satellite photograph of the world at night. In it, Africa is mostly dark, so from an energy standpoint, it’s still a “dark continent.” According to the World Energy Outlook 2017, two-thirds of people in sub-Saharan Africa do not have access to electricity. More than half of the population uses wood and charcoal as its primary energy sources, and that is expected to continue until 2040. Lack of access to energy holds back the promise of Africa and its people.

I have spent a lot of time in Africa in the past 10 years. Not only have I traveled to Angola through my position with Chevron, but I also have vacationed there. Most recently, I have traveled to Angola as SPE President. Africa is, in many ways, the final frontier. There are many exciting new developments in African exploration and production that hold tremendous potential to bring more energy and prosperity to the continent—and shine a light of affordable, abundant energy.

West Africa has dominated the continent’s production for more than 50 years since Shell/BP began production in the Oloibiri field in the Niger Delta in 1958. Similarly, Gulf Oil—now Chevron—began offshore production in the Cabinda province of the Congo River basin in Angola in 1968. Angola had a long history of oil seeps dating to 1700s. The first onshore production was in the Benfica field in 1956, but the Malongo field was the first significant commercial production.

Despite long enjoying control over African production, both Nigeria and Angola are now struggling to find the right split between government and commercial interests for investment to continue. Estimates are that investment in deepwater Angola and Nigeria has been cut by USD 100 billion. Without new investment, production will decline by half of its current level.

Nigeria is restructuring its governance and petroleum industry financing, which—if successful—should bring stability and greater investment back into the Niger Delta. Offshore Angola projects are suspended across all operators, pending fiscal reforms that reduce government share under current production-sharing contracts, which can be as high as 90%.

Whenever I talk to students or young professionals, I remind them that we are in the oil business. We may do excellent engineering work, but if our employers can’t make money, the projects don’t happen. Mature producers in West Africa are struggling with this reality; investment has dwindled as government share has increased while the oil price decreased. The whole project queue can dry up when you factor in the complexities such as infrastructure and supply chain difficulties, local content requirements, complicated bureaucracies, and slow payment. The six African members of OPEC (Algeria, Angola, Gabon, Libya, Nigeria, and the newest, Equatorial Guinea) are also bound by OPEC agreements for production cuts. Because companies always weigh risk and reward, these governments will need to jumpstart the industry by offering better fiscal terms to spark renewed investment.

While investments have slowed in Nigeria and Angola due to unfavorable terms for producers, several mostly independent companies are actively exploring and developing in newly producing countries. In Ghana, independents have created several offshore developments that have come on line in the past few years. Tullow Oil operates the Jubilee field and the 2016 startup called the TEN field. Eni just announced first oil production from its Cape Three Points (CTP), which is an USD 8 billion development. At 40% gas, CTP will provide fuel for much-needed power generation in Ghana.

Senegal will also be transformed by its significant offshore discoveries. Kosmos Energy’s Yakaar field, its fifth giant gas discovery in the Senegal-Bove basin, is the largest global discovery so far this year with an estimated 15 Tcf. It will likely be developed with other Senegalese discoveries as a mega-LNG project. Cairn Energy is also actively exploring in Senegal with success at both the SNE and FAN fields, but the majors are noticeably absent.

The continent’s biggest transformational success story is how East Africa is poised to become a global gas supply hub. With limited domestic markets, this gas bonanza mostly will be monetized as LNG. With more than 100 Tcf of gas reserves and two LNG projects underway (Anadarko’s onshore project Mozambique LNG and Eni’s offshore floating Coral LNG), Mozambique will be completely transformed.

Ophir (a local African company) plans three LNG trains in the 2020s to develop new reserves in Tanzania. These massive gas developments will provide steady cash flows to Mozambique and Tanzania along with a steady supply source for power generation and industrial development. Mozambique especially needs new oil and gas development as it recently defaulted on a debt interest payment, and its debt exceeds its gross domestic product.

Onshore East Africa is dominated by smaller players, with the notable exception of Total. I learned more about both the companies and their plays at SPE meetings last fall. The geology is fascinating as so much is impacted by the Great Rift Valley. Total is the only international oil company that is a major player in this onshore region, as it is in West Africa onshore and throughout Francophone Africa. Tullow, Total, and CNOOC are drilling in Uganda’s Lake Albert region onshore with its rift-influenced geology. Kenya also has an active range of operators ranging from international operating companies Shell, Total, and Eni to smaller independent explorers. The excitement may focus on unconventional development in the US, but it is conventional frontier exploration that is scoring multiple successes all over Africa.

Although times have been tough across our industry, it is a very exciting time for oil and gas exploration across Africa. So many countries will begin producing their own energy in the next 10 years and this production can transform their economies. I hope that these new producing countries will manage their nation’s newfound sovereign wealth transparently and for the good of the country. I recently visited Norway, often cited as the best global example of how sovereign wealth can be managed to create an almost-perfect country. I saw that government services, including health care and all levels of education, are first-class and free while infrastructure is new and abundant. I hope that the monetary benefits from these new areas will bring basic life essentials such as education, health care, and infrastructure (water, sewage, roads, and power) to deserving citizens across Africa.

The demand for energy in Africa is expected to grow with the population, and planned power development projects are not expected to keep up with growth. Wood and charcoal will continue to be major energy sources; along with biomass fuels comes dangerous indoor air pollution. Very little of the African continent has access to reliable power, gas, or transportation fuels, which limits the economy’s ability to grow and produce jobs—and eventually a prosperous middle class.

When we talk about improving people’s lives though access to energy (my predecessor Nathan Meehan’s theme), Africa is exactly the place we are talking about. It will be impossible for these economies and people to rise above subsistence levels without access to affordable energy sources.

That’s why so many of us do what we do in the oil business. What we do matters. We bring energy and prosperity to millions of people who need it.