What’s the Future for LNG? 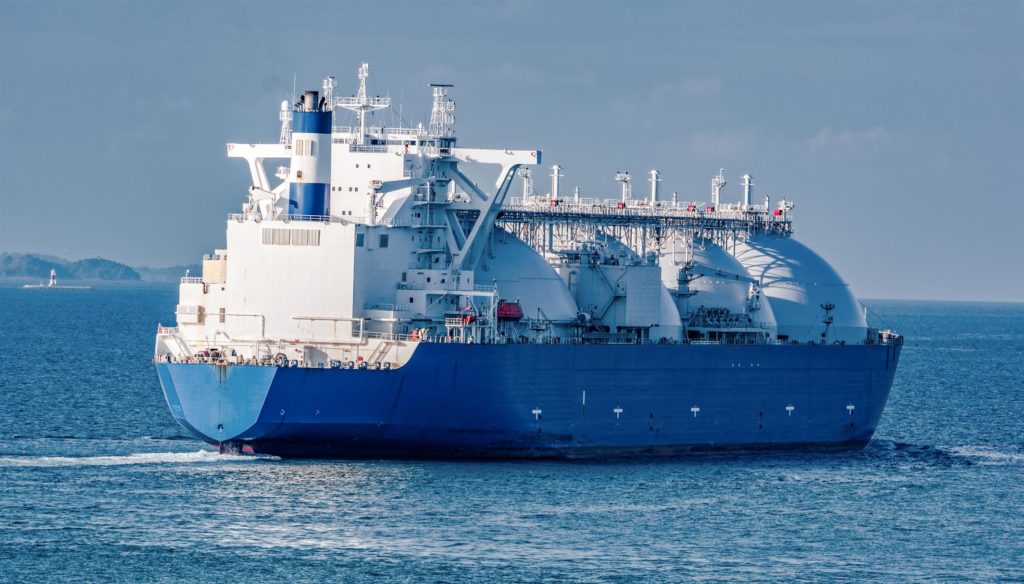 An empty LNG tanker sailing away from Singapore. Source: Getty

In late June, professionals from across the liquefied natural gas (LNG) industry assembled in Houston to share thoughts, ideas, and information on the past, present, and future of the industry. We are witnessing historic times, as LNG global trade has grown from 155 mtpa (million tonnes per annum) in 2006 to 258 mtpa in 2016 and is expected to grow to 350 mtpa by 2020, resulting in a 15-year average annual growth rate of 5.5%, more than twice US GDP growth.

US-based suppliers are ramping up from essentially zero to being one of the world’s largest suppliers of LNG in the next few years. In addition to the 70 mtpa of domestic production already authorized and under construction, the US Department of Energy has authorized an additional 75 mtpa of LNG to be exported to countries that do not hold free trade agreements with the US.

LNG as a fuel source has been an energy staple for many Asia-Pacific countries for decades, and is increasing in importance in other regions, as countries look to diversify their energy mix while lowering carbon emissions. The COP21 climate accord in Paris would further drive the value proposition for cleaner-burning natural gas around the world, although the Trump administration’s current position against this agreement casts some doubt on the accord being an incentive for change. In spite of the recent success in LNG as a growing industry, there remain significant challenges to continued development.

1)     A spike in global LNG supply has led to projected market saturation through at least 2020.

The industry is witnessing its third large wave of new supply, following Qatar in 2010, Australia in 2014, and now the US. The surge in LNG export facilities has led to a market viewed by analysts to be oversupplied until some time between 2020 and 2025. This has created a buyers’ market where long-term commitments are no longer the standard procedure and flexibility in contractual and delivery terms is expected. However, with the typical LNG export facility requiring at least 5 years to develop, construct, and commission, projected supply/demand implies that new investment will be required in the next couple of years to satisfy future consumption.

Several factors could influence the demand trend. On the bullish side, the emerging LNG importers of China and India could significantly increase their share of LNG as their growing economies demand more energy. These economies are looking to supplement domestic production, while diversifying energy sources away from pipeline import gas. The mature markets of Japan, South Korea, and Taiwan are expected to remain flat, but could see some upside if these markets continue to prefer gas over nuclear power generation.

As for the bearish argument, even though global prices for LNG have dropped considerably in recent years, they remain more expensive and volatile than coal for power generation. The emerging LNG importers remain price conscious, and a moderate increase in LNG price could substantially temper demand for the commodity. Furthermore, LNG competes with pipeline gas and domestic gas production in regional markets, which could also undercut price, depending on the situation. This is particularly true in the markets of Mexico, Egypt, and India, where there is substantial development of domestic gas production. The mature markets for LNG show little possibility for large growth, while the emerging markets show considerable challenges to convert from existing sources, such as fuel oil or coal.

2)     The macro trend toward short-term deals, away from long-term supply agreements, will require innovation in financing for new projects.

The first wave of US projects was underwritten by banks based on long-term (20-year) supply agreements with major, creditworthy buyers. Emerging market buyers are now looking for more flexible, short-term deals, which will require a considerable change in how these large export projects are financed. Short-term agreements, which recently hit a high of 25% of total LNG trade, provide less visibility into future cash flows and debt service coverage for banks, export credit agencies, and international financial institutions, such as the World Bank, to be able to confidently lend money. With the spot price of LNG volatile and recently hitting its lowest level in a decade, the concept of a “merchant” LNG facility (one without a contracted anchor customer) is difficult to conceive and execute to the satisfaction of all stakeholders. This is coming at a time where some buyers are requiring destination restrictions, a common contractual element, to be eliminated, thus providing more options and flexibility to the buyer. Therefore, there must be a new commercial solution for financing large LNG export projects, which provides adequate visibility for lenders, investors, and customers, while minimizing capital risk and providing the possibility of a satisfactory return on debt and equity investment. This is an area where the portfolio players, companies who purchase LNG to subsequently distribute through their own marketing channels, provide great leverage in making LNG a viable long-term market. The portfolio players, often large companies with substantial balance sheets, help to provide liquidity in the market, apart from long-term counterparty contracts.

With a lower project LNG market price, it is imperative that project developments be executed at a minimal cost. In recent times, the industry has been plagued with cost overruns, with projects escalating in cost from $1,000/tpa a decade ago to more than $3,000/tpa most recently in the Gorgon LNG project. It is evident that proposed projects with all-in budget cost estimates, which include the often costly feed gas pipelines, at a range above $1,000/tpa will be a longer shot to be funded than those that are more cost competitive. The most competitive project developments may target a cost of approximately $500-700/tpa using the advantages of sunk costs in prior asset development, design standardization, and larger individual train capacity. However, even at this ambitious cost target, projects may have difficulty achieving the pro-forma financial returns necessary to be fully funded in today’s environment.

In this area, it appears that US Gulf Coast developments may have an advantage, as many of these projects are being sited on existing “brownfield” facilities with existing infrastructure, such as storage tanks, jetties, pipework, and shipping lanes, that may be reused in the export facility, thus reducing capital cost. In addition, the US Gulf Coast already has an established network of pipelines, which makes the development of feed gas pipelines to the terminals less onerous.

3)     Floating storage and regasification units (FSRUs) have been vital in opening up emerging markets.

The FSRU has come into development within the last decade and is recently starting to scale at very significant levels. An FSRU is a mobile, floating facility that reconverts LNG back to gaseous form on an offshore receiving site, rather than a permanently-installed, land-based site. FSRU’s maintain the advantages of speed to market, lower capital expense, fewer regulatory hurdles, and flexibility in location over traditional land-based regasification design. With most import terminals having utilization rates of only 30-60% due to seasonality of demand, there is ample room for efficiency improvement. In this respect, the FSRU holds a key solution in the ability to re-deploy regasification capacity as market demand shifts. The FSRU has been responsible for opening up new markets, namely in the Caribbean, South America, Pakistan, as well as parts of the Middle East. It has aided in the transformation of the LNG industry from a slow-changing, long-term counterparty contract based market, into a dynamic, short-term, trading-based market, providing more liquidity and routes to market for LNG suppliers.

LNG continues to progress as an influential source of global energy due to abundant supplies of natural gas, advent of cutting-edge technologies, and highly available capital funding for projects. The global market appears to be supply-saturated for at least the remainder of this decade with the US supplying 70 mtpa out of the projected global supply of 400 mtpa. Many factors could influence the demand curve in either direction, but it appears there will remain a baseline of LNG trade for many years to come as several major nations have solidified long-term deals to feed their domestic energy infrastructure with LNG.

What’s the Future for LNG?