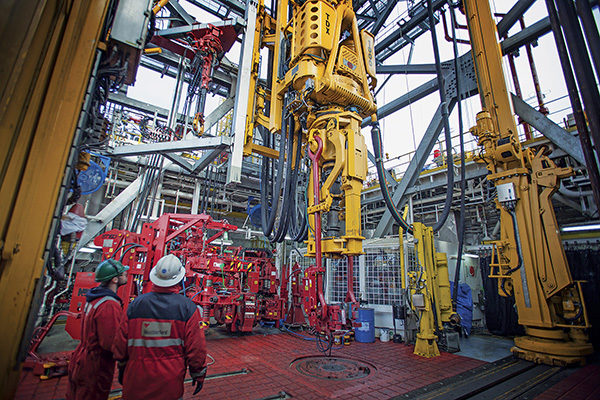 Total announced today that it will acquire Maersk Oil for $4.95 billion in Total shares and will assume $2.5 billion of Maersk’s debt. The deal will expand Total’s global holdings to approximately 1 billion BOE of 2P/2C reserves, of which more than 80% are in the North Sea. Total said that the combination of its and Maersk’s assets in the North Sea is expected to “generate operational, commercial, and financial synergies” of more than $400 million per year. Closing of the deal is expected in 1Q 2018.

Included in the Maersk North Sea holdings are interests in Johan Sverdrup (8.44%) and the Culzean gas condensate field (49.99%). At the end of 2Q, Culzean’s project completion rate was 55%, ahead of the expected 48%. Maersk reported in July that the gas export and condensate pipelines have been laid and all three jackets installed on the field. High-pressure/high-temperature drilling began in July. Production is expected to start in 2019.

The deal will make Total the second-largest operator in the northwest Europe offshore region. It will operate more than 0.5 million BOE/D gross production in the region.

Patrick Pouyanné, Total chairman and CEO, said that in addition to the UK, Norway, and Denmark assets, “Internationally, in the US Gulf of Mexico, Algeria, East Africa, Kazakhstan, and Angola there is an excellent fit …” between the companies’ businesses. He added that Total “will become a 3 million BOE/D major by 2019 …”

Lower oil prices have put the squeeze on across the industry, including operators, drillers, and service companies. In assessing their strengths (and weaknesses), some have concluded that a change in strategy is warranted. In September, Maersk announced its strategy to focus on its transport and logistics divisions. Today, the company said in its presentation about the deal with Total that “it has been seeking sustainable structural solutions for its energy-related businesses that will enable it to separate them from the group” and that this is a “major first step in this separation agenda.” In April, Maersk signed a sale and purchase agreement for the acquisition of Oetker Group’s Hamburg Süd, a German shipping line, which the company today said was “meaningful progress towards achieving” their strategic plan.

Acquisitions and mergers, consolidations, and joint ventures are shaking out as companies with more financial resources, and looking for bigger rewards by weighing risks, are flexing their muscles. Among the deals recently announced: Centrica and Bayerngas Norge formed a joint venture; GE acquired Baker Hughes; Transocean is acquiring Norwegian-based Songa Offshore; and offshore drilling contractor Ensco is set to buy Atwood Oceanics.