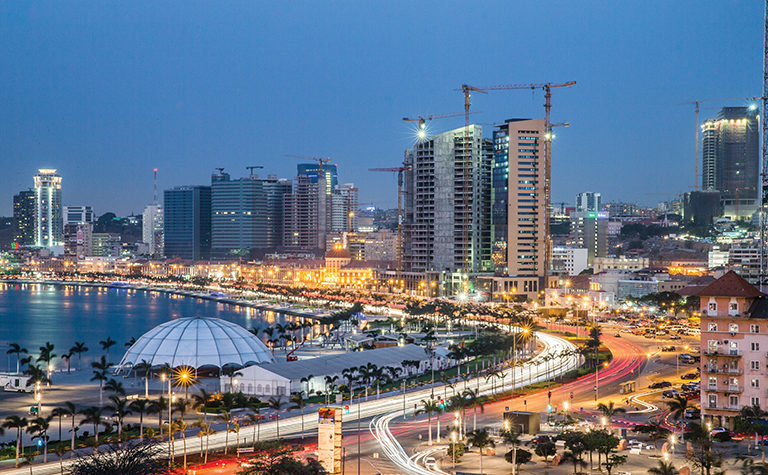 Source: Getty Images.
Luanda is the center of Angola’s burgeoning oil industry as well as its administrative capital.

If it is a truism that the nations of the developing world are engaged in the process of developing, it is also clear that, for a variety of reasons, not all nations experience the process at the same rate. In the case of Angola—the populous southern African republic described in some quarters as a dynamic, emerging powerhouse, and in ­others as a would-be success story stymied by cronyism—the oil industry waits to see whether the effect of recent political shifts will change the economic and social course that the nation has charted in its often-tumultuous 42 years of independence.

The waters off the nation’s Atlantic coast hold enormous exploration and production potential, a fact that has allowed Angola to compete with heavyweight Nigeria as the continent’s top oil producer, even surpassing the Federal Republic for several months in late 2016. After years of working to impress upon the rest of the world that it was prepared to take on a major role in the continent’s future, Angola joined the Organization of the Petroleum-­Exporting Countries (OPEC) in 2007. Its proven crude reserves stand at 9.5 billion barrels (at least 1–2 billion more barrels may also rest in its presalt blocks), with another 308 billion cubic meters of natural gas reserves. At its peak in early 2010, its crude oil production reached over 2 million B/D (as of June 2017, its production stood at 1.66 million B/D after the early-2017 OPEC effort to cut production, while crude oil exports reached 1.67 million B/D). Table 1 provides Angola’s oil production in recent years.