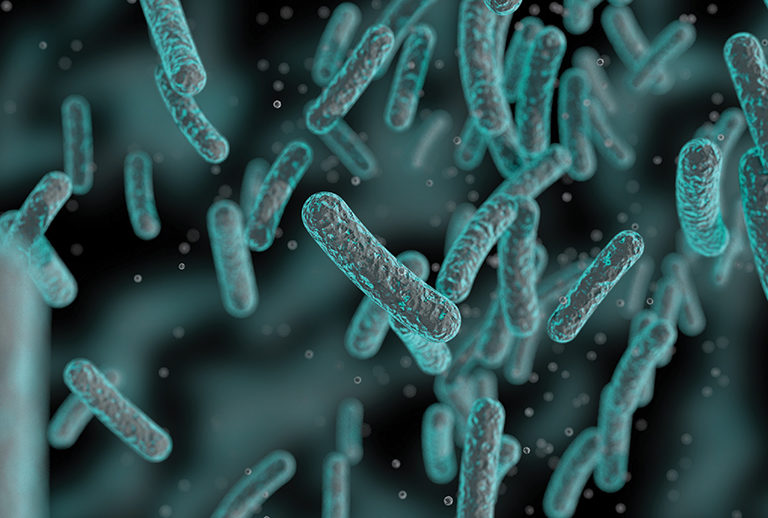 Source: Biodentify.
Differing populations of microbes that live on the surface as calculated through DNA analysis and machine learning offer oil and gas producers a new exploration tool.

Biodentify is a Netherlands-based startup that wants to help oil and gas explorers zero in on sweet spots using microbial DNA. Unlike another new DNA analytical method, which uses drill cuttings as samples to learn about unconventional productivity drivers, the approach this firm is focused on uses soil samples taken just a foot below the surface to search for good drilling locations.

The company’s technology is borrowed from a still emerging medical science breakthrough that uses saliva to test for tumors as opposed to a much more invasive biopsy. In looking for alternative uses, it was thought the same process could be used to predict oil and gas deposits based on microbial reactions to micro-seepages of gas molecules.

Through oxidation, certain microbes will thrive on gas seepages, while others will find the rising gases to be toxic and die. Either outcome provides a usable signal that a machine learning model can turn into an easy-to-interpret prediction map.

“Many say it’s too good to be true—what’s the link between the surface and what’s down there,” said Chris Te Stroet, the director of technology and operations at Biodentify. “The causal link is that you have a hydrocarbon accumulation—the sweet spots—and a highly mobile area, probably because of a good natural fracture network.”

Te Stroet, who has led commercialization efforts of new oil and gas technologies since the mid-1990s, said a single sample may contain as many as 300,000 microbial species—most of which are newly discovered. But Biodentify has found that only 50 to 200 of them serve as key indicators of a positive or negative signal.

With hundreds of samples in hand a map is then produced to help explorers derisk potential drilling locations. The company says its analytical method is 70–90% accurate; the high end of that range is achievable if information can be gleaned from existing wells in the target area.

Despite a limited track record, the company is confident in its accuracy thanks in part to a blind study it performed with an unconventional operator in the Haynesville Shale of western Louisiana. The work was done in a producing field and was 72% accurate in predicting sweet spots.

When actual production data were included in a final modeling exercise, that figure jumped to 86% and 31 “virtual” drilling locations were identified within a sweet spot where the operator had drilled 27 high-producing wells.

The concept being leveraged here would have been unfeasible just a decade ago. For one thing, such large batches of DNA tests would have been far too expensive for a single project. But recent advances have driven down the cost of DNA analysis so much that the typical project would represent a fraction of what it costs to drill a new well or run a seismic survey today.

DNA analysis itself has also improved in resolution, “which exposes an incredibly rich signal of diversity in the microbial ecosystem,” said Te Stroet. That signal, he added, gets clearer when the differences in microbial populations are greater. And with new machine learning approaches, it is possible to find very small differences within terabytes of sample data.

For a 250-sq-mile area the company says that two field technicians would need 3½ days to take 360 samples, each about a mile apart. The samples measure 1 mm3 and are overnighted to the company’s facility in the Netherlands for analysis. DNA analysis results are then run through a machine learning program that the company has been training for more than 2 years.

A pilot done for a mid-sized operator in 50 m water depths offshore the Netherlands serves as another one of the company’s early validation studies.

Te Stroet said the operator had completed a 3D survey of an area dominated by salt domes but after drilling a few costly dry holes it turned to using the new DNA technology. When the explorer resumes drilling the area next year the company said it may be targeting the highest probability locations as identified through its DNA-based map.

In a separate onshore project in the Netherlands, the company helped another operator decide against one of its shale drilling prospects. DNA analysis showed that one location had a high probability of sweet spots while the other area had a zero chance of holding reserves. “There was a huge debate on whether gas could have been formed there due to bad maturation conditions and the group of skeptics was right,” said Te Stroet.

Biodentify believes these pilots are just scratching the surface and is eager to attract more work in the North American unconventional market. The firm has compiled a profile of six major unconventional basins including the Permian Basin, Bakken Shale, and Marcellus Shale.

As the company eyes areas around the rest of world where its technology may be applicable, which also includes southeast Asia and offshore Africa, questions remain if it will work for deep water. The cost of taking samples is not the hurdle since soil samples are routinely taken for mooring lines. The unknown facing the company in this arena is that no one is quite sure how much microbial life exists at the mudline a mile or two beneath the waves.