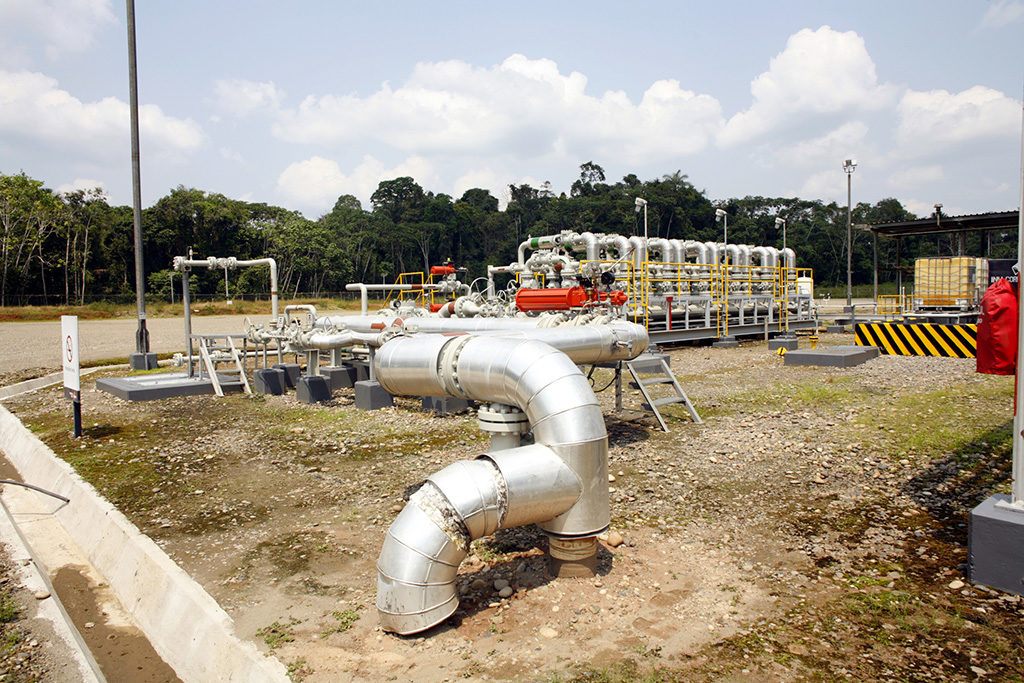 Ecuador is making a push to attract new foreign investment in its oil and gas sector, including the step of reintroducing a more favorable contract structure for priority projects, the country’s Minister of Hydrocarbons Carlos Perez Garcia told the SPE Gulf Coast Section International Study Group.

Ecuador has the third-largest oil reserves in South America and is the continent’s fourth-largest producer.

Addressing a luncheon audience at Houston’s River Oaks Country Club, Minister Perez said that Ecuador “is looking for investment in the country to be able to work with the private sector in doing things that are good for the country and at the same time good for the people investing in the different projects in Ecuador.”

While the country has experienced political turmoil in the past, it has had a stable government over the past 10 years and “we expect it to continue,” Perez said. He noted the personality of Ecuador’s newly elected President Lenin Moreno Garcés, who took office on 24 May. Perez described him as “much open to discussion and conversation and listening to advice. This is a little bit different from what we were used to a few months ago,” he said.

“My view of the industry is to encourage you again to look at the country with high potential,” Perez said. The country has 4.8 billion bbl of proved, probable, and possible reserves, and the minister said the total has been growing.

Perez emphasized the opportunity for foreign operators to undertake certain projects through participation contracts, which the government has just revived. These contracts are similar to production-sharing agreements and represent a departure from the country’s recent exclusive reliance on different types of service contracts, which pay operators a fixed amount per barrel for exploration and production activities. Under participation contracts, operators can negotiate to receive a percentage of the production and can book reserves. Operators can be paid in in kind (in oil) as is also true of some service contracts.

While the participation contract framework has been written into Ecuador’s hydrocarbon law as an option, Perez said that the government had chosen not to revive it until recently.

Ecuador is heavily dependent on oil, which represents more than half of national export income and 25% of public-sector revenues. The country produced an average of 548,000 B/D in 2016 and now is producing approximately 530,000 B/D in line with recent cutbacks by the Organization of Petroleum Exporting Countries, of which Ecuador is a member.

Because Ecuador uses the United States dollar as its currency, the country does not have the option of currency devaluation to stimulate exports in the event of an economic downturn. With Ecuador’s critical ongoing need for export income, the government must focus on boosting oil production and has set a goal of increasing output to 700,000 B/D, Perez said.

In the face of declining oil prices, the country has successfully reduced oil production costs to $17/bbl from a prior level of more than $30/bbl. Part of the reduction has resulted from energy cost savings as Ecuador shifts to hydroelectric power and away from diesel fuel—much of it imported—for power generation.

With the startup of a new hydroelectric project, the country will phase out diesel-fueled power generation by the end of 2018 and lower generation costs by 80% to $0.04/kW-hr, Perez said.

He cited a number of advantages that Ecuador would offer to international oil investors, including

The Intracampos project covers eight blocks in northeastern Ecuador with no current production but 157.3 million bbl in proved reserves and estimated oil in place of 907.5 million bbl. Well situated for road and pipeline access, Intracampos represents an estimated total investment requirement of $1.3 billion. The prospect will be offered in a licensing round that opens in the last week of November.

The Sur Oriente project encompasses 16 blocks of 9,000-ft to 11,000-ft prospect depth in southern Ecuador along the Peru border. There have been 17 exploratory wells drilled and two proven oil-bearing reservoirs discovered. A portion of the prospect is adjacent to an operating light-oil field in Peru and is given a high probability of success on the Ecuador side. Available pipeline transportation in Peru could be used. Overall, much of the prospect remains unexplored or underexplored. The prospect is likely to be launched in a second-quarter 2018 bid round.

Additionally, Perez discussed a large operating offshore gas and liquefied-petroleum-gas storage project in which Ecuador is seeking further investment and the country’s plans for a major Pacific Coast refining and petrochemical complex that will enable increased domestic use of Ecuador’s oil and reduce current product imports.