Another View: A Significant Opening for Solar Competition 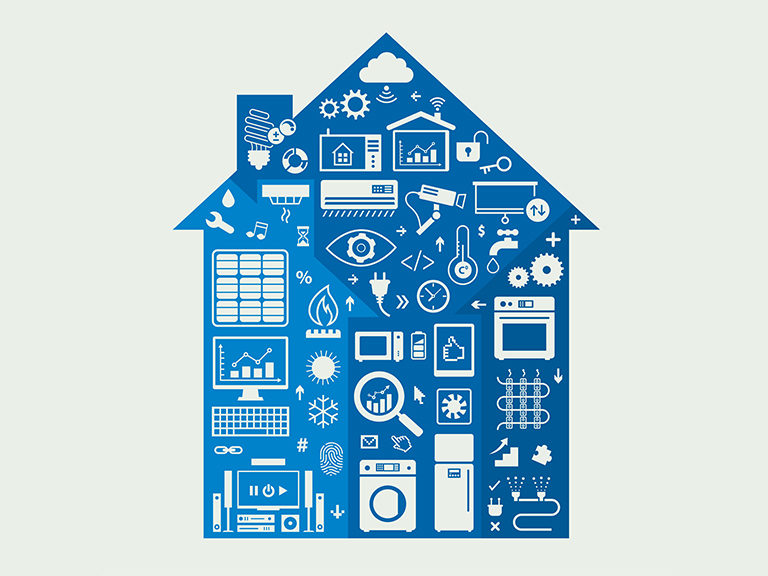 Because alternative energy sources are ultimately competitors to fossil fuels, it will behoove an oil and gas professional to stay abreast of developments in alternative energy sources, particularly when it comes to pragmatic applications. And although solar power has long been regarded as interesting but having limited potential, recent and semi-recent developments have positioned solar to take over a significant part of the power source for air conditioning (AC), both residential and commercial. This transition will likely take years, if not decades; nevertheless, it is a transition that is already under way and likely will accelerate.

Development and Evolution of Split-Mini ACs

Split-mini air conditioners are growing in popularity and differ in key ways from central air conditioning systems. Without going into detail, split-mini ACs have a compressor that sits outside and runs its compressed liquid refrigerant up the outside wall of the enclosure to be air conditioned (Fig. 1). At the appropriate spot, the refrigerant line then goes inside to a wall unit that contains an evaporator and fan. This part of the system is approximately 43 in. long by 13 in. tall by 9 in. deep (109 cm long by 33 cm tall by 23 cm deep) for a 1.5 ton (18,000 Btus, or 19 million joules) system and the entire unit is typically controlled with a wireless remote.

Unlike window AC units, the noise resides outside and only a small, approximately 1.5 in. (3.8 cm) diameter opening is needed for the inside/outside interface, thus often being described as “ductless air conditioners.” And unlike central AC systems, split-mini systems often have only one outlet, although multi-outlet systems are common. Additionally, the line from the compressor to the inside wall unit is typically limited to approximately 50 ft (15 m).

Further complementing the solar viability is the fact that direct current motors typically run on 24 to 48 volts, which is a common output range provided by standard solar panels. And because split-mini ACs need approximately 1200 watts per ton (12,000 Btus, or 12.7 million joules), it takes only 80 ft2 (7.5 m2) of solar panels for a one-ton split-mini, assuming 20% efficiency. Additionally, solar panel efficiency continues to increase, as today’s common solar panel efficiency of 20% compares to 15% in 2012 and 6% in 1954.

Depending on insulation and other factors, 12,000 Btus of AC will cool 400–1000 ft2 (37–93 m2). Hence, the surface area requirement for solar panels is a reasonable 1:5 to 1:12 for the square footage that can be cooled for one- or two-story enclosures with solar panels mounted on the roof.

Solar-powered, split-mini AC systems are currently available for purchase. Although the additional cost for a solar-powered unit may not always justify the incremental cost (as much as 2.5 to 3 times the cost of a non-solar split-mini AC), there is reason to believe that prices will come down in the future. This is based on solar panel prices dropping precipitously, from $77 per watt in 1977 to $0.64 per watt today. This drop is fed by two factors: (1) Solar panel conversion efficiency per square foot increasing due to technology advances; (2) Solar panel manufacturing efficiency increasing, which is a combination of technology improvements and economies of scale. Additionally, as solar-powered split-mini ACs become common the number of participants will increase, driving competition up and prices down.

With the appropriate low-cost microprocessor(s) and system infrastructure, a solar-powered split-mini does not need a direct current to alternating current inverter because it can use the direct current from the solar panels without converting it to alternating current. This reduces cost and complexity while increasing power transmission efficiency.

The common layout of modern North American homes further creates opportunities for solar powered split-mini ACs. Why? Many of the homes built since the mid-1990s are built around an “open floor plan” concept with a “great room” that combines what use to be separate kitchen, dining, and family rooms.

How does this enhance viability? By mounting a solar-powered split-mini AC cool air outlet (evaporator and fan) on the wall or ceiling of the great room, the homeowner can pump solar-powered cool air into the (high air volume) great room while the sun is up. Then, with properly designed air circulation, the great room can act as the hub of a “hub and spoke” air flow pattern, pushing the cool air out into the other rooms.

To be sure, in most cases, the homeowner would want to keep a central AC system and augment it with a split-mini AC. Nevertheless, a one- to three-ton solar powered split-mini AC has the potential of significantly reducing the homeowner’s electricity bill during the hot summer months. Further, most solar powered split-mini ACs are heat pumps. Thus, for cooler climates the unit can also be used for heating, further digging into the market share of fossil fuels and purchased electricity.

In addition to modern homes, these types of ACs would probably be a good fit for “big box” retail stores, shopping malls, and warehouses because such businesses typically have large square footage, a nominal interior height, a completely open floor plan ,and a flat roof.

Implications for Oil and Gas

Consumers around the world spend billions of dollars every year on oil and gas to generate electricity for air conditioning and heating. Evolving and emerging technology, combined with the ever-changing economic environment, continually rewards innovation and efficiency at the cost of companies and industries with less efficient business models and technology. Therefore, one must be wary of demand (and price) predictions for oil and gas based on the current economic environment, as the market share for oil and gas used for electricity generation may shrink or slow in its growth, resulting in decreased demand and lower prices.

Not too many years ago, oil and gas trapped in shale deposits was thought to be worthless. However, emerging and evolving fracturing and horizontal drilling technology created trillions of dollars of viable reserves. This didn’t come for free; rather, it came by taking market share away from less efficient producers. Also, it took decades to move from targeted directional drilling, to horizontal drilling, to horizontal drilling with multiple fracs, to multilateral horizontal wells with dozens of fracs. Similarly, one shouldn’t expect the rise of solar-powered split-mini air conditioning to happen overnight; rather, it likely will evolve over decades.

Although today’s oil and gas industry professionals may not consider solar power to be a serious threat, it is an evolving threat that will likely become increasingly viable and significant. As history has consistently proven across countless industries, when significant sums of money are spent, which is the case with energy used for air conditioning, it is safe to assume that someone is thinking of how to encroach on the market.

This may be the case with solar-powered split-mini air conditioners. Woe to those who take their customer base and business for granted, as they often wake up wondering what happened.

Rodney Schulz, SPE, is president of Schulz Financial, a retail advisory firm, and is the founder and exclusive instructor for Oil & Gas Economics and Uncertainty, a 2-day seminar taught both privately and through SPE. His oil and gas experience includes a wide range of engineering, finance, and operational responsibilities throughout North America for both major and independent producers as well as gas processing companies. Schulz’s expert witness experience includes work for a major oil company, the Federal Bankruptcy Court in Corpus Christi, and an international law firm. He has also served as the financial director/chief financial officer for an organization with 150 employees in six states. He earned a BS degree in petroleum engineering from the University of Kansas and an MBA from Duke University.

Another View: A Significant Opening for Solar Competition