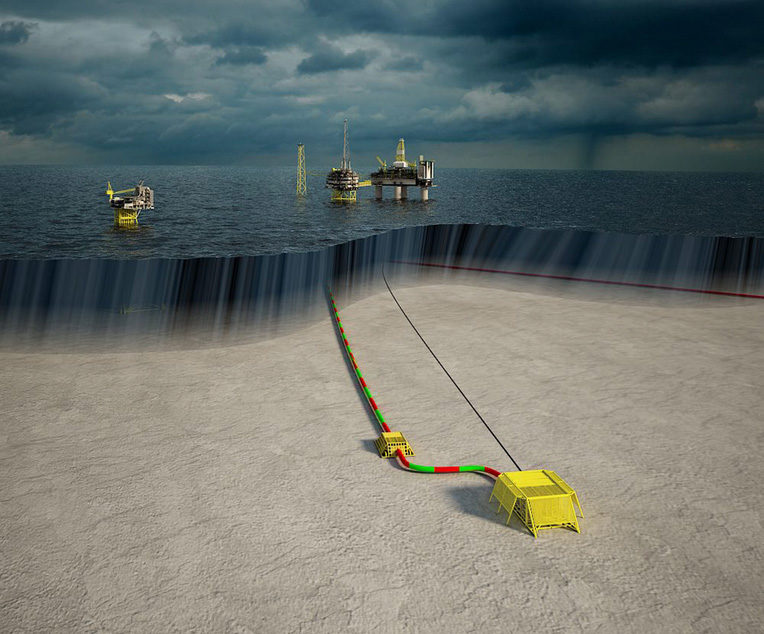 Statoil in 2016 awarded Wood Group the detailed design scope for the subsea tieback from Utgard gas and condensate field to the Sleipner facilities in the Norwegian North Sea. Source: Statoil.

The offshore industry is beleaguered by rising complexity, increasing costs, and companies reluctant to sanction new projects in light of lower commodity prices. Producers as a consequence have ramped down activity in the space over the past few years and instead favored onshore unconventional formations where development is less expensive and returns are more immediate.

The biggest challenge for the offshore industry going forward will be whether it can become “fit for $45/bbl”—or if operators will be able to sanction projects at an average crude price of $45/bbl—said Matt Kirk, Wood PLC vice president, subsea and export systems, at a 17 November event discussing the future of subsea technology. “This isn’t a downturn—this is where we’re at,” he told the audience at the event hosted by the University of Houston's Subsea Engineering Society with the Society for Underwater Technology.

However, more rapid technological advancement is needed to keep subsea competitive with onshore development. Kirk contrasted the relatively slow-moving progress in oil and gas engineering with the exponential changes in phone technology over 3 decades—from the one-dimensional, cinderblock-sized Motorola DynaTAC 8000X in 1984 to the first iPhone in 2007 to the iPhone 8 in 2017. He believes that if the industry is to catch up, it will be through pioneering digitization, which is driving the “fourth industrial revolution.” Key components of this evolution are advanced analytics and machine learning, process digitization, digital twin development, and smart technology and robotics, Kirk said.

Ashutosh Kak, ‎Genesis Oil and Gas Consultants ‎manager, devlopment planning and production assurance, noted that unconventional projects 15-to-20 years ago were deemed uneconomic, with expected breakeven costs at the time ranging from $80/bbl to more than $100/bbl. “Suddenly, one step-change in fracing technology” reduced those breakeven prices to as low as $15/bbl to $20/bbl, he said, and technology has incrementally improved over time to a point where “standardization has been commoditized to the extent that [companies] don’t do engineering anymore.”

One ongoing DNV-led JIP is working toward standardizing subsea pumping, while proposed JIPs hope to better predict the annulus environment of flexible risers, optimize decommissioning of flexible pipeline, and assess blowout risks during well intervention. An ABS-led JIP is intended to help shipbuilders and engineering firms improve design and construction efficiencies (OTC-27928). Among offshore operators, Total standardized its own equipment for drilling wells across its technically complex fields on Block 17 off Angola. The French supermajor designed and implemented a universal subsea drilling system suitable for both vertical and horizontal wellheads, reducing the block’s rig count to one from five and saving $20 million in operating costs.

Regarding information-sharing among engineers, Kak said “the biggest challenge as an industry is to come up with one platform that will integrate all of this together into one big, single piece” similar to the shipbuilding industry or within Boeing, where different segments in different regions are feeding information into the same model during different points of a project. “I don’t know if subsea is there yet” given that it remains “bound in its silos” between disciplines such as drilling or reservoirs, he said.

Kak added that advancement of such initiatives is driven by operators, which have the money to spend and make the final decisions on projects. “They decide which direction the industry is going to go,” he said. While companies have been reluctant to come together to disclose what they consider proprietary information, Kirk believes that once operators are shown the benefits of collaboration, they will be more willing to jump onboard with their peers.

This paper describes how new technology was implemented and deployed through a downhole acoustic network through a sequence of runs in complex North Sea wells under managed-pressure conditions.