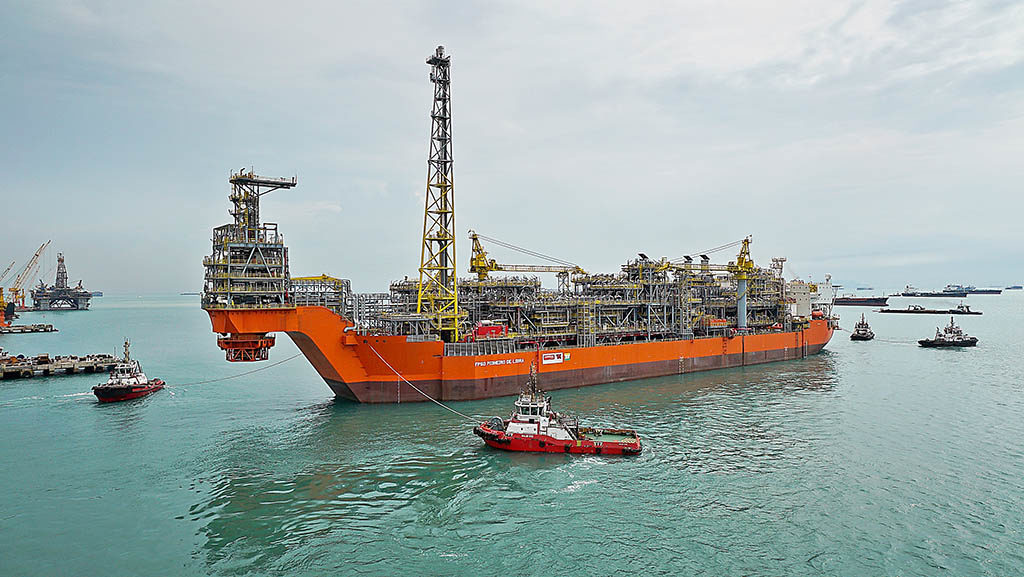 Launch of the early production system will enable the partnership to collect technical data, evaluate reservoir behavior, and expand knowledge of the deposit ahead of future phases of development. The extended well test (EWT) is expected to last 1 year before Pioneiro de Libra is relocated to test other Libra wells—12 have been drilled overall on the block. The FPSO, which also has a capacity of 4 million m3 of associated gas, will reinject all produced gas.

An SPE technical paper presented at OTC Brasil in October by L. Costa et al. of Halliburton noted a presalt EWT offshore Brazil that utilized a triple-zone intelligent completion to find how each interval would behave during production or injection (OTC 28103). Zonal isolation, flow control equipment, and permanent monitoring functionalities together enabled the operator to adjust tubing performance while documenting real-time shifts in pressure and temperature.

Two production wells were completed with dual-zone intelligent completion systems, and the injection well was completed with three zones, improving the operator’s understanding of the reservoir and helping it optimize productivity, according to the paper.

Arnaud Breuillac, Total president, exploration and production, said the advancement of Libra fits with the company’s “strategy of investing in highly competitive projects with low breakeven points.” He describes Libra as “a multi-billion barrel resource.”

Discovered in 2010, Libra field’s development was thought to be hindered by the plunge in oil prices starting in 2014. At the time, then-Petrobras Chief Executive Officer Oswaldo Pedrosa said he believed the Libra breakeven price would be more than $55/bbl, but the Libra team has since adjusted its goal to break even at around $35/bbl. The consortium intends to use early cash flow to cover development costs.

Petrobras has a 40% interest in the group alongside partners Total, 20%; Shell, 20%; China National Offshore Oil Corp., 10%; and China National Petroleum Corp., 10%. The consortium next anticipates a final investment decision on the 150,000-B/D Libra 1 FPSO, the first of at least three more FPSOs to service Libra.