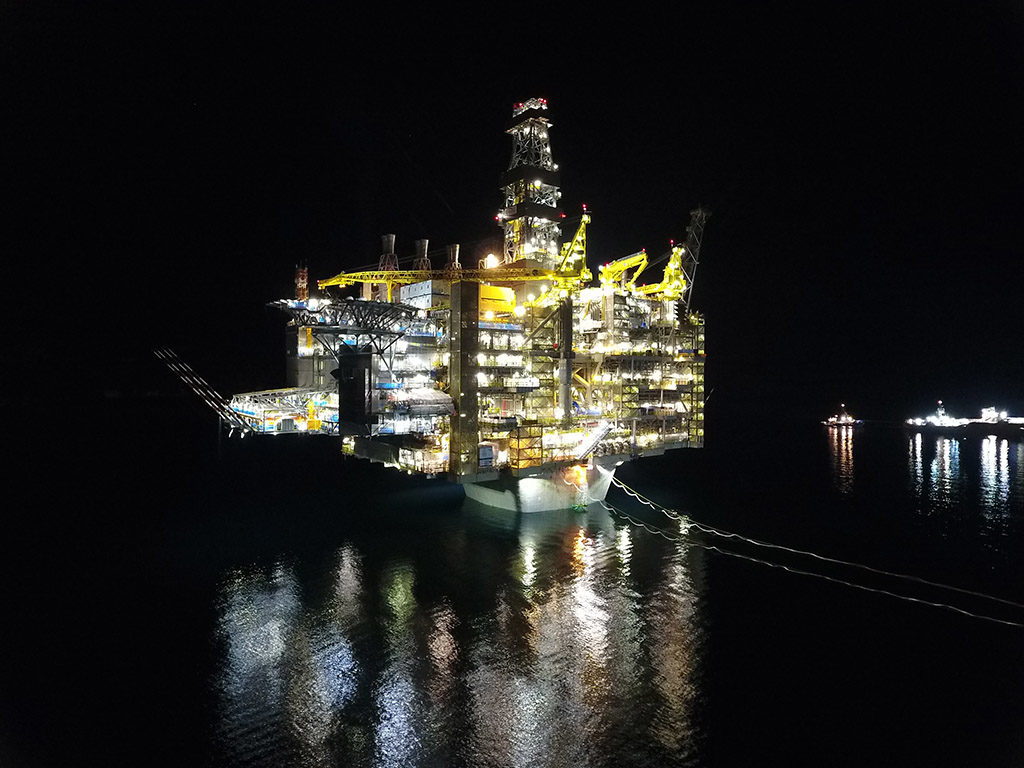 Hebron platform seen at night prior to being towed into place. Source: Hebron Project

The Hebron field has finally begun production 37 years after it was discovered 200 miles off the east coast of Canada.

Production is expected to peak at 150,000 B/D and is ultimately expected to yield about 700 million bbl of oil over its life.

Hebron is one of a cluster of discoveries made between 1979 and 1985 in the outer banks area of Newfoundland and Labrador, which includes the Hibernia and Terra Nova fields. 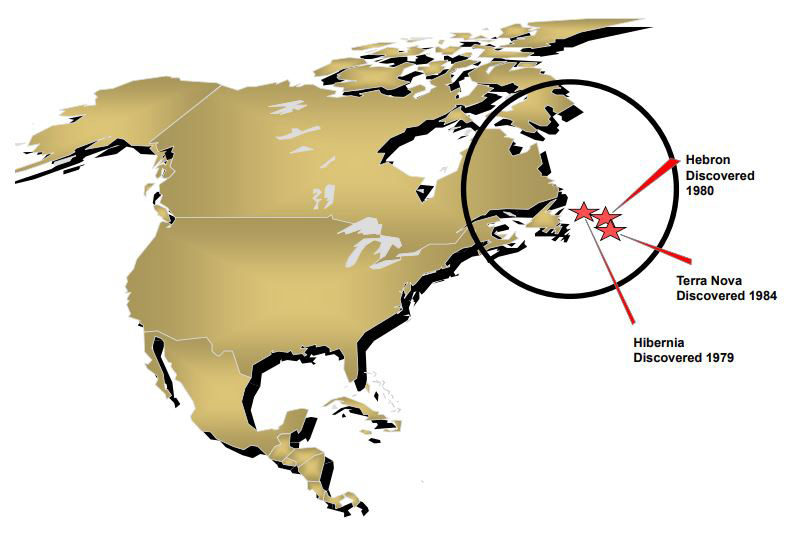 The glacial pace of Hebron’s development reflects an array of challenges at the field, which contains more than 2 billion bbl of oil in place. The project will produce heavy oil (17–20ºAPI), which is harder to get out than lighter grades, and it is located in an iceberg-prone area. A massive gravity-based concrete structure was required to stand up to the elements in the 300 ft deep water.

Hebron’s story is testimony to the persistence of operator ExxonMobil and its partners, which include Chevron, Suncor Energy, Statoil, and Nalcor Energy.

The results of the discovery well and the three that followed were summarized in the project history with the comment, “the hydrocarbon that was discovered in this first round of drilling was deemed uneconomic, for the time, due to the poor reservoir quality.”

Exploration stopped after 1985. By then oil prices had collapsed as did exploration, and drilling there did not resume until the late 1990s.

Hebron started looking more like a commercial possibility in early 1999 when a well encountered over 1 billion bbl of oil in place and better quality reservoir rock. Further drilling revealed more oil higher up plus a gas cap and offered a clearer picture of the multiple productive zones in these faulted blocks.

After that there was another break in the history during a period of protracted negotiations over royalties and fees, a global financial meltdown, and time spent studying technical challenges, such as the structural specifications required to survive iceberg strikes.

Hebron was finally sanctioned and front engineering and design began in 2010. The plan called for a budget of $14 billion and production starting in late 2017.

Construction work began in earnest in 2013 at the Bull Arm site established by the builder, a partnership of Kiewit and Kvaerner/Aker called KKC. At its peak, 7,500 people were employed building the 680,000 ton structure. Developers created a huge dry dock by isolating an inlet with barriers that held back water and kept fish out of the area that was drained to allow cement to be poured to build the hollow concrete caisson.

The water will be reinjected, and the produced oil will flow out to tankers via a subsea line. A summary of the project plans show that natural gas will be used for gas lift—injected gas deep into the well will make it easier to lift the heavy crude.