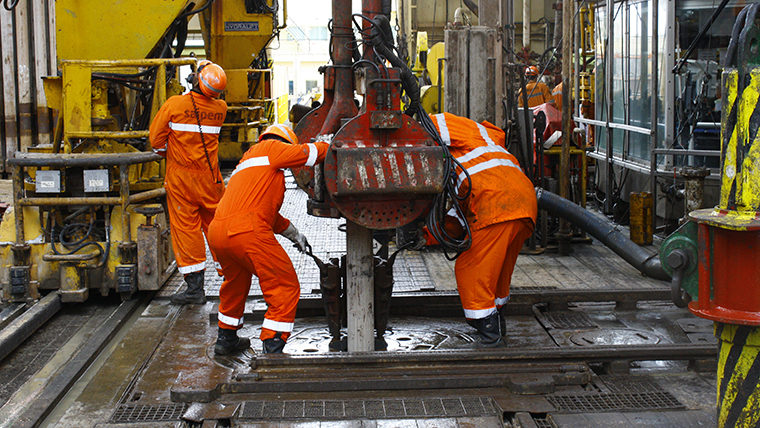 Eni confirmed on 20 December that the Zohr field has started gas production from the Shorouk block offshore Egypt. The launch comes less than 2 1/2 years after the Italian firm discovered the enormous deposit, which is estimated to hold more than 30 Tcf of gas in place.

The field is flowing 350 MMcf/D and is slated to produce 1 Bcf/d by the middle of next year, Egypt’s petroleum ministry said. The project’s first phase includes six subsea wells, with gas transported 180 km to an onshore plant at Port Said for processing and use in Egypt’s national grid. The second phase will comprise 14 more wells to be drilled by the end of 2019. The field sits in 1,500 m of water.

Saipem in July was tapped to provide engineering, procurement, construction, and installation (EPCI) work as part of the project’s “optimized ramp up” phase. The Italian contractor will install a 30-in. outer diameter (OD) gas export pipeline, an 8-in. OD service pipeline, and umbilicals, and provide EPCI work for field development of 4 wells. Work is expected to be completed by yearend 2018.

Eni attributes the rapid development of Zohr to the firm’s dual exploration model, adopted in 2013, which aims to generate cash during successful exploration by farming out interest in a project. BP this year completed its acquisition of a 10% stake in Shorouk block from Eni for $375 million, and Rosneft later bought a 30% stake for $1.125 billion. As part of the deals, BP and Rosneft also each agreed to pay for its share of past expenditure in the project. Rosneft recently pledged to invest more than $2 billion in the field over the next 4 years.

Claudio Descalzi, Eni CEO, said the Zohr project “will completely transform Egypt’s energy landscape, allowing it to become self-sufficient and to turn from an importer of natural gas into a future exporter.” Egypt Oil Minister Tarek El-Molla last month said that the North African country will no longer import LNG by yearend 2018 and could eventually export Zohr gas. Egypt stopped exporting gas in 2014 as the country faced a shortage.