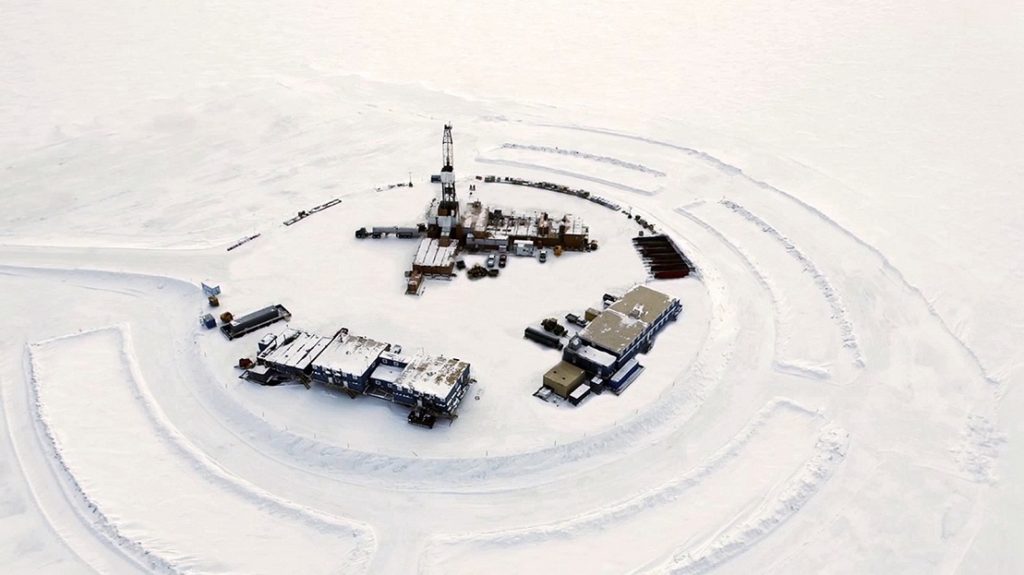 The US Department of the Interior (DOI) has increased its estimate of undiscovered, technically recoverable resources in parts of Alaska’s federal, state, and tribal lands and waters following recent, bigger-than-expected discoveries. The revisions include a large jump in estimated onshore oil resources.

The assessment—conducted by DOI agencies the Bureau of Ocean Energy Management (BOEM), Bureau of Land Management (BLM), and US Geological Survey (USGS)—shows approximately 17.6 billion bbl of oil and 50 Tcf of gas in the National Petroleum Reserve-Alaska (NPR-A), the Western Beaufort Sea, nearby state and native lands, and state waters.

USGS estimates that onshore mean undiscovered, technically recoverable resources total 8.7 billion bbl of oil and 25 Tcf of gas compared with the agency’s 2010 resource assessment of just 1.5 billion bbl of oil. USGS attributes the big increase primarily to promising new oil discoveries made in the Nanushuk and Torok formations in or near NPR-A.

“Thanks to the incredible work of scientists at the USGS and BOEM, we know what is available and what our potential is,” said US Secretary of the Interior Ryan Zinke. “That’s important because with the scientific knowledge, industry partners are more willing to explore the area. New discoveries have changed our geologic knowledge of the area, and these assessments show that the North Slope will remain an important energy hub for decades to come in order to meet the energy needs of our nation."

The USGS assessment team was aided by 3D seismic reflection data in northeastern NPR-A and nearby state lands and waters, provided by partners including BOEM, that was used to estimate the number and size of seismic amplitude anomalies, which are considered viable proxies for undrilled prospects, DOI said.

USGS said its next assessments to be announced in the state are of the Alaska 1002 Area and the area west of the NPR-A.

In the Nanushuk formation, Armstrong Oil & Gas’s Pikka and Horseshoe discoveries, respectively made in 2015 and 2017 and just 21 miles apart near the Colville River delta just outside NPR-A, are likely part of the same oil pool that may hold more than 1 billion bbl of recoverable oil, DOI notes. ConocoPhillips’ Willow discovery in the same formation in NPR-A, reported in January 2017, has estimated resources of more than 300 million bbl of oil. More wells are slated to be drilled this winter at both Pikka-Horseshoe and Willow to further delineate the discoveries.

Oil Search will assume operatorship of the assets in June 2018. The firm expects the initial development will target 500 million bbl of oil in the Pikka Unit, with production beginning in 2023 and plateauing at 80,000-120,000 B/D gross.

In the Torok formation, Caelus Energy made a discovery in 2016 at Smith Bay, less than 1 mile offshore NPR-A, which is estimated to hold more than 1 billion bbl of oil. ConocoPhillips in 2015 reported a discovery in the same formation at the NPR-A Cassin prospect near the Willow discovery. No plans for drilling have been announced at either Smith Bay or Cassin. Development near Smith Bay is complicated by its proximity to the environmentally sensitive Teshekpuk Lake.

The two formations are the same geologic age but differ in that Nanushuk is a top set delta formation with higher porosity while Torok is a basin floor fan formation, Wood Mackenzie explains. “We expect the Nanushuk, more so than the Torok, to play a vital role for future greenfield development on the North Slope,” the consultancy said after the Armstrong and ConocoPhillips Nanushuk discoveries were reported.

Meanwhile, a new Arctic well was spudded in late December by Eni US Operating Company at its Spy Island Drillsite in Alaskan state waters of the Beaufort Sea, the US Bureau of Safety and Environmental Enforcement reported. The site is a manmade artificial island 3 miles offshore Oliktok Point, where Eni currently operates 18 producing wells, 13 injector wells, and 1 disposal well.

Eni plans to use extended-reach drilling to access federal submerged lands, targeting a formation in the newly formed Harrison Bay Block 6423 unit, a 13-lease unit on the OCS that BSEE approved in December 2016. Eni and partner Shell plan to drill two exploration wells and two potential sidetracks there over the next 2 years. The project is expected to result in new oil production of 20,000 B/D.