US Offers Offshore Deals But Can It Compete? 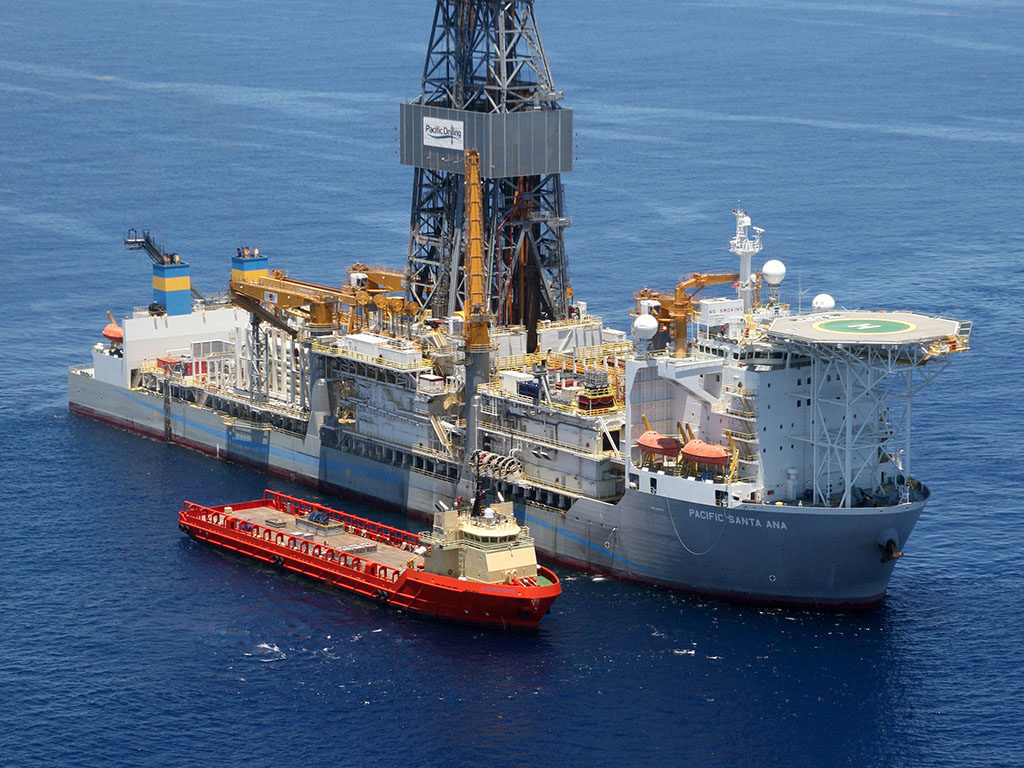 Chevron discovered the Anchor field using this advanced drillship, the Santa Ana. Development of the field in the Lower Tertiary trend will test the company’s ability to manage an ultra-high-pressure/high-temperature reservoir. Source: Chevron, Pacific Drilling.

The US has joined the global race competing for offshore exploration interest. It has been changing offshore regulations, royalties, and taxes to lower the cost of offshore exploration and production. The Trump administration also announced a plan that could hugely increase offshore areas open to drilling.

“I think that the administration has taken notice that other global deepwater plays are drawing away investment dollars,” said William Turner, a senior research analyst for Wood Mackenzie, who recently authored a report about the outlook for the US Gulf of Mexico.

While the US is, in effect, running a sale to attract offshore exploration, it may not generate a lot of added activity.

The problem is that there are bigger, easier prospects to go after in places such as Mexico and Brazil, which have become considerably more accommodating since the fall in oil prices decimated offshore exploration. “The Brazil and Mexico geology and reservoirs are also easier to develop” so they are attracting a lot of dollars, Turner said, adding, “You cannot control geology.”

Billion barrel discoveries have been made by international companies in areas off Mexico that national oil company Pemex relinquished as part of the program to open the country to outside investment. Brazil is allowing international companies to bid on blocks in its prolific pre-salt play, which previously was only open to Petrobras.

There are positive signs in the US offshore business where exploration drilling is expected to rise this year. Wood Mackenzie sees the number of exploration wells increasing to near the levels prior to the oil price drop in 2014. ExxonMobil and BP will drill their first Gulf of Mexico exploration wells since the slump began.

More big discoveries are needed to make up for declining production in older fields. To encourage more drilling, shallow water royalties have been cut from 18.5% to 12.5%, corporate income tax rates on profits earned in the US have been slashed, regulators are working to relax safety regulations enacted after the Macondo oil spill, and the administration has announced plans for lease sales in the Atlantic, Pacific, and Arctic oceans.

In a recent report, Rystad said the added acreage alone could add 65 billion bbl of recoverable oil and its energy equivalent in gas. Spending on development in the US Gulf of Mexico remains among the highest in the world as long-term projects are being completed, according to the oilfield data and consulting firm.

Wood Mackenzie’s analysis shows that some of the recent incentives may have limited value. US shallow water areas have been as intensively drilled as any in the world and recent lease sales have attracted weak responses. In addition, regulatory changes take time and large companies may not alter their global activities if they do. There is also strong political and environmental opposition to expanding offshore leasing that could block or delay any change.

What is left to produce beneath the Gulf of Mexico presents significant technical challenges. Many of the big discoveries in recent years are in the Lower Tertiary trend, where the temperatures and pressures encountered exceed the limits of current production technologies.

While Turner said Chevron is equipped to develop its Anchor project, at other leases that contain significant discoveries the companies are not able to develop these high-pressure/high-temperature (HP/HT) reservoirs.

Recent higher oil prices are encouraging. But they will need to remain on the high side of $60/bbl long enough to convince decision makers that it is safe to go ahead with long-term projects, including ones to develop HP/HT technology.

“Keeping investment dollars in those research and development programs has been really difficult,” Turner said.

US Offers Offshore Deals But Can It Compete?