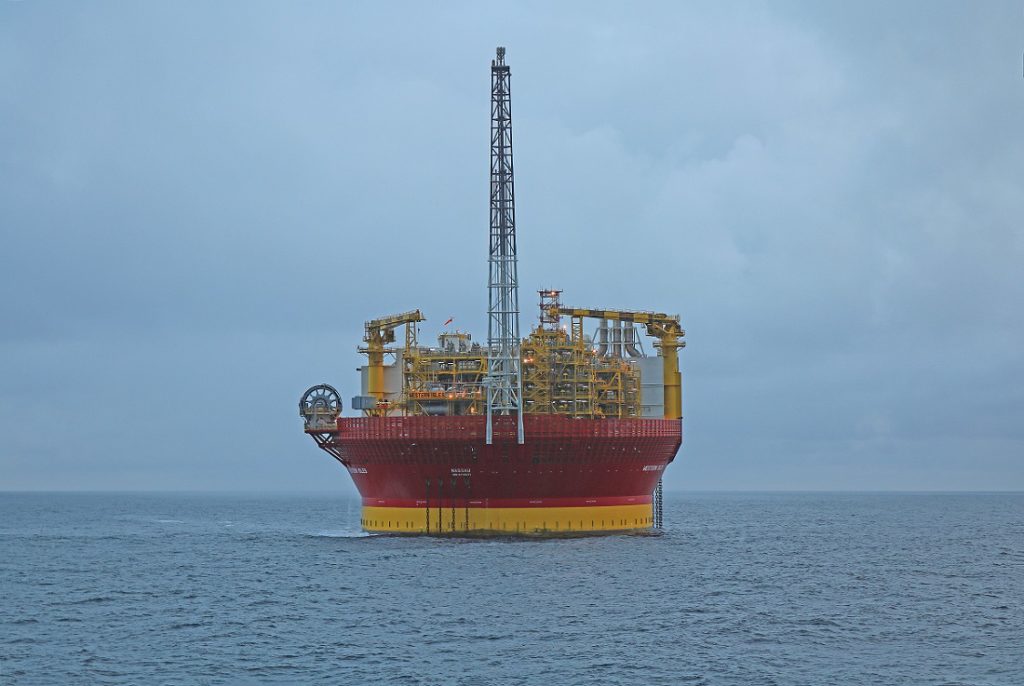 Royal Dutch Shell is breathing new life into an old basin by greenlighting its first new manned installation in the northern North Sea in almost 3 decades.

The Anglo-Dutch firm has made a final investment decision on redevelopment of the Penguins oil and gas field, discovered in 1974 and first developed in 2002. A new floating production, storage, and offloading (FPSO) vessel with a production capacity of 45,000 BOE/D and storage capacity of 400,000 bbl will be tied to eight new wells. Oil will be transported by tanker to refineries, and gas will be transported through the FLAGS pipeline to the St. Fergus gas terminal in northeast Scotland.

Shell has chosen the Sevan 400 FPSO concept for the field. Sevan Marine will supply the technology for the circular unit under a license agreement and provide technical support during the project’s design phase. Fluor will undertake engineering, procurement, and construction work on the vessel.

The field, which lies in 165 m of water 240 km northeast of the Shetland Islands and 60 km north of the historic Brent field, currently uses four drill centers tied back to the aging Brent Charlie platform, the last active platform of four that have served the Brent field.

The redevelopment is expected to result in total production of 80 million BOE. Shell, operator of the project and 50-50 partner with ExxonMobil, expects “a go-forward break-even price” from Penguins of less than $40/bbl.

Shell’s new investment in the North Sea shores up a presence that dates back more than 40 years. “Having reshaped our portfolio over the last 12 months, we now plan to grow our North Sea production through our core production assets,” said Steve Phimister, Shell vice president for upstream in the UK and Ireland. “In doing so, we will continue to work with the UK government, our partners, and the regulator to maximize the economic recovery in one of Shell’s heartlands.”

“Shell and Exxon taking FID on the Penguins redevelopment in early 2018 is very positive for the North Sea, marking the end of [a] cautious era during the downturn,” said Fiona Legate, Wood Mackenzie senior research analyst. “This is the largest FID since Culzean in August 2015 and shows market confidence has returned. We are expecting up 14 UK FIDs in 2018—Penguins is the second largest by reserves."

Gas production from the Culzean development is expected to begin in 2019, with peak output expected to reach 60,000-90,000 BOE/D. Culzean is operated by Maersk Oil, which is being acquired by Total as part of the French supermajor’s effort to increase its North Sea holdings.

“A global leader like Shell making a commitment on this scale demonstrates the investment potential the UK Continental Shelf still holds,” said Deirdre Michie, chief executive of industry group Oil & Gas UK. “It also shows the importance of the efficiency improvements our industry has delivered which have helped make redevelopment projects like this commercially attractive.”

The UK government has taken measures in recent years to lessen the tax burden on North Sea operators to nurture a friendlier fiscal environment and re-attract investment, namely through the reduction of the petroleum revenue tax and supplementary charge in 2016. A more recent tax change will allow sellers of oil and gas assets to transfer those assets’ tax histories to buyers, which will give new operators tax relief during decommissioning.

The move is meant to encourage more deals involving mature fields, where new operators may be able to extend production beyond anticipated lifespans. The deal between Shell and Chrysaor, struck before the tax history change, sought to address the decommissioning burden by spreading those costs between the buyer and seller.