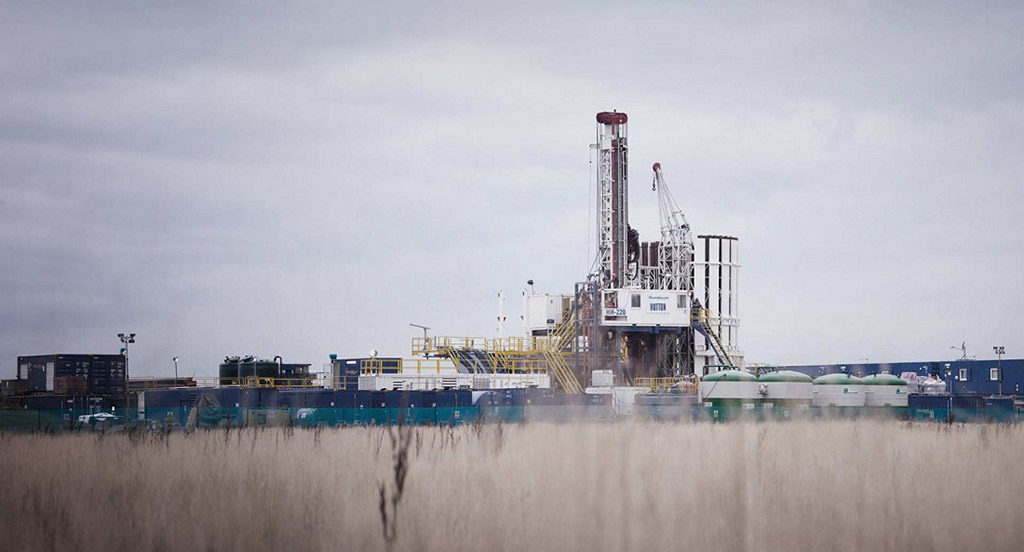 Cuadrilla Resources has started drilling the UK’s first horizontal shale well at its exploration site at Preston New Road, Lancashire, and hopes to begin hydraulic fracturing of two wells in the second quarter. No wells have been fractured in the UK since 2011, when a Cuadrilla well triggered small earthquakes in Lancashire.

Cuadrilla is combining the data, which it considers “the most comprehensive dataset recovered to date from any shale well drilled in the UK,” with data from its three other Lancashire shale wells. The initial vertical sections of both horizontal wells have been drilled. The operator has permission to drill up to four exploratory horizontal wells at Preston New Road.

The operator said its findings are in line with a UK government study published in 2013 that provided a mid-level estimate of the gas-in-place in the Bowland shales of 1,329 Tcf. The data also appear to contradict a study published last year by scientists at Heriot-Watt University that suggests UK’s geology, including in the Bowland shale, might not be fracturing friendly given its complexity.

The last well to be fractured onshore UK was Cuadrilla’s vertical Preese Hall-1 exploration well at Weeton in 2011. Operations were halted after the well most likely triggered “a number of minor seismic events,” the company said in a subsequent report that it commissioned. Over the course of 2 months, magnitude 2.3 and 1.4 quakes were reported on the Fylde coast near the site, fueling local opposition to the controversial completions practice that persists amid current operations.

“The seismic events were due to an unusual combination of geology at the well site coupled with the pressure exerted by water injection as part of operations,” and that “combination of geological factors was extremely rare and would be unlikely to occur together again at future well sites,” the company said in the report.

Founded in 2007, Cuadrilla is owned 45% by AJ Lucas, an Australian specialist service provider to the energy, mining, and infrastructure sector, 45% by a private equity firm Riverstone Holdings, and by current and former Cuadrilla employees. Cuadrilla was awarded its first petroleum exploration development licenses for shale development in 2008.

Another company, Third Energy, is hoping to gain final approval to fracture its vertical KM8 well this year at Kirby Misperton in North Yorkshire. It provides access to the deeper Bowland structure, a hybrid formation play consisting of mainly inter-bedded sandstone and shale, which contrasts from the Bowland section in North West England that is shale prone.