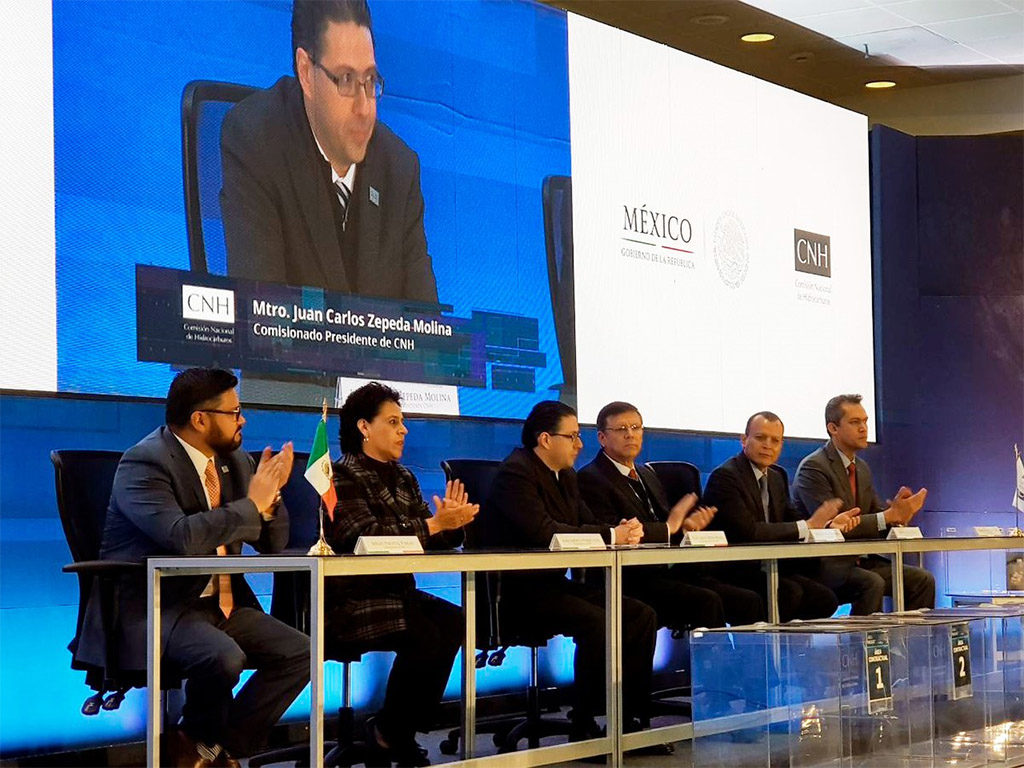 With two bid rounds in the books and a presidential election looming, Mexican energy reform is at a critical juncture in its early evolution. But the officials charged with undertaking the large-scale transformation can now say, at the very least, that the hardest part is behind them—merely getting the reforms off the ground.

One of the officials guiding the nation’s oil and gas industry into new and unfamiliar territory has been Juan Carlos Zepeda, president of Mexico’s National Hydrocarbons Commission (CNH) since 2009. Challenges thus far have involved a battle for hearts and minds in the Mexican public and among prospective international stakeholders, hammering out financial terms that are both enticing to foreign companies and beneficial to the government, and restructuring various markets that were closed for 70 years.

For CNH, “the most important change has been the management of information and knowledge, which now is open” for the first time, Zepeda said in an interview with JPT. The reform’s legal framework specifies that all technical information acquired in the past by state-owned Pemex—such as seismic and well logs—belongs to Mexico and is managed by CNH, enabling the country “to develop a new information market” that can be accessed by not only international operators but geoscience or geophysical companies as well.

As a result, the geophysical industry has spent more than $2 billion in new seismic surveys in Mexico since 2015, the year Mexico began granting new seismic permits, Zepeda said. In addition to shooting more than 70,000 sq km of 3D wide-azimuth seismic on Mexico’s section of the Gulf of Mexico, companies are now shooting 2D seismic across both the Mexican and US sectors.

While pre-auction data rooms are nothing new to the global industry, part of the growth of Mexico’s industry has come with determining how to manage, present, and share its data in a useful way for consumption by outside entities. Mexico’s national data repository, the National Hydrocarbons Information Center (CNIH), compiles, safeguards, and publishes a growing dataset that goes back to 1904. CNIH serves as something of a marketing tool for Mexico and a place for international companies interested in entering the country to window shop.

CNIH notably holds the only existing information that could lend insight into Mexico’s unconventional potential. “Even though the nonconventional industry hasn’t started in Mexico, we have plenty of wells that have been drilled with a conventional objective but have gone through nonconventional layers,” Zepeda said. That information is available through four warehouses now managed by CNH that contain core samples. “We have more than 12,000 wells with physical data,” including those that intersected formations of the Eagle Ford extension into Mexico.

Zepeda said planning is under way for unconventional pilot bidding in the northern state of Tamaulipas, where the shale gas and liquids-rich extension of the Eagle Ford lies, and bidding guidelines are expected to be released before the spring. The first orders of business, however, are the shallow-water Round 3.1 auction on 27 March and the Round 3.2 conventional onshore auction of blocks near the gulf on 25 July. So far, the shallow-water bidding “is looking quite good,” he said.

Twenty-two companies currently have access to Round 3.1’s data room, including global giants BP, Chevron, CNOOC, Eni, ExxonMobil, ONGC, Petronas, Repsol, Shell, Statoil, and Total—many of the same firms that were involved in Mexico’s successful Round 2.4 deepwater auction last month. Thirty-five blocks are up for grabs in Burgos, Tampico-Misantla-Veracruz, and Cuencas del Sureste. In Round 3.2, 37 blocks are available in the same basins.

“As we have moved into recent tender processes, we have seen more Asian companies,” Zepeda noted. “At the very beginning, there were very few.” Those firms awarded blocks in past rounds include CNOOC, Petronas, Inpex, Mitsui, and PTTEP.

Where Do Reforms Stand Going Forward?

Meanwhile, giving up what should be a competitive edge has not been easy for Pemex, but Zepeda said the firm “is developing a new mindset” amid “a deep cultural change.”  He also noted that domestic companies have a strong presence in Mexico, with about half of the 71 firms now working in the country being based there.

Those implementing the reforms hope Mexico’s continued participation in its most important industry is noticed by the Mexican public. “But the people of Mexico would like to see how this is going to translate in economic activity,” he said. “We would like to be moving faster, but the industry takes the years it takes” from contract award to first production.

He mentioned as signs of progress the Zama oil discovery in the offshore Sureste Basin announced last summer by a Talos Energy-led consortium, and Eni’s Area 1 drilling campaign, also in the Sureste Basin, which boosted Amoca and Mizton fields’ estimated resource in place to 1.4–2.0 billion BOE, of which 90% is oil.

Although energy reform critic Andres Manuel Lopez Obrador currently leads in the polls for the 1 July presidential election, Zepeda emphasized that energy reform is a constitutional one in which commissioners are approved by the senate. “That means that once a new administration comes in, the commissioners are going to still be doing our jobs in our commissions. And we are technically independent, we are financially self-sufficient,” and “we are the only ones that are in charge of the administration of these contracts.”

Regarding the industry’s perception of the elections, he believes the results of Round 2.4 confirmed its confidence of the reform and its institutions. But he also said CNH doesn’t measure itself in terms of contracts awarded. “Our main responsibility is to be fully transparent and accountable,” which itself should raise the profile of Mexico’s oil and gas industry to international participants.

In addition to publishing information on bidding processes, Mexico publishes contract details including technical assessments of development plans, well approvals, environmental assessments, and tax and royalty payments. “We have run 13 bidding processes so far, we have awarded more than 90 contracts, and we haven’t had one single legal challenge,” Zepeda said. “That’s really our objective. No one has complained in Mexico or abroad about the process of how we run the bidding.”