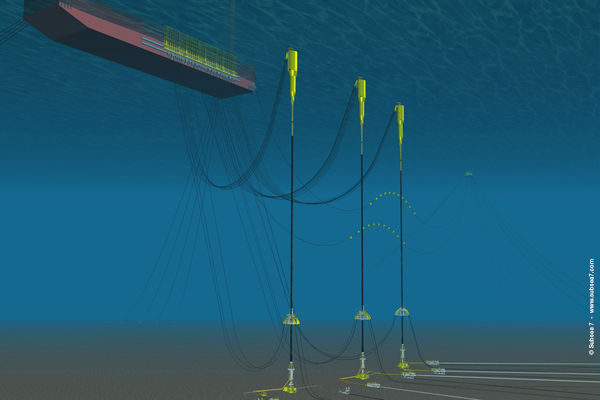 Schlumberger and Subsea 7 have entered into exclusive negotiations to form a joint venture to deliver subsea installations and services, the companies confirmed Friday.

Since 2015, Schlumberger and Subsea 7 have collaborated for some of their work in designing, building, and laying oil and gas production installations on the seabed under the heading of the Subsea Integration Alliance. The companies now plan to create a 50-50 joint venture to deliver subsea installations, maintenance, and repair services.

“The proposed joint venture will give us the opportunity to capitalize on the synergies already established and significantly improve subsea economics over the lifetime of the field,” Olivier Le Peuch, president of Schlumberger’s Cameron Group said in a statement.

The firms’ Subsea Integration Alliance currently combines the subsurface expertise, subsea production systems, and subsea processing systems of OneSubsea with the subsea umbilical, riser, and flowline systems capability of Subsea 7. The proposed joint venture will further strengthen the front end engineering, design, and execution of integrated projects, and will build on the expertise from both companies creating a life of field offering that includes autonomous subsea technology, digitally enabled remote surveillance and production monitoring, and inspection, maintenance, and repair services, the companies said.

The sector has already seen consolidation with the 2016 merger of Technip and FMC. On Friday, TechnipFMC confirmed that it had cut more than 3,000 jobs worldwide in recent months as the company continues to adjust to a weaker offshore energy environment and the year-old merger. The newly combined company has eliminated approximately 7,000 jobs in the past year, according to press reports.