It Can Be Hard To Prove You Really Cut Costs 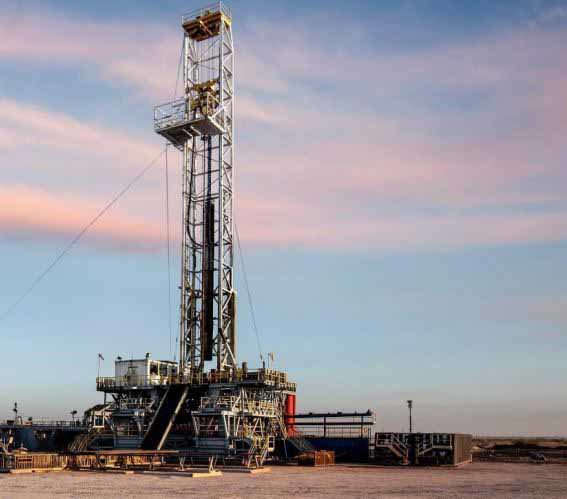 A few years ago, those in the drilling group at Occidental Petroleum were proud of how they had slashed the cost of drilling a well by significantly increasing the number of feet drilled per day.

Then they heard a speech by a former top executive who singled out that measure of drilling speed as a poor measure to focus on when the goal is cutting costs.

“That was what we used as our main metric,” said John Willis, drilling and completions manager for Occidental in the Delaware Basin. While his group saw it as a clear sign they were getting more production out of contractors that charge by the day, the “perception at the executive level was we were not interested in the cost.”

The problem was that while drilling more wells mean greater production, they also mean the total cost of the putting those wells into service was higher than expected when the annual budget was created. 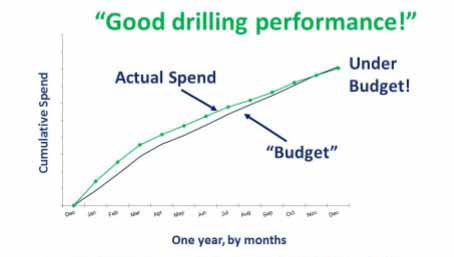 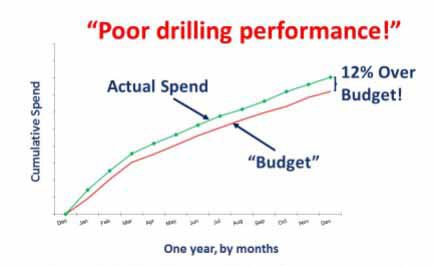 These charts are based on the same wells drilled. The difference is that the budget is adjusted in the second chart to reflect cost increases as faster drilling has allowed more wells to be drilled. Source: IADC/SPE 189683.

Rather than trying to convince executives to embrace the metrics used by drillers, they realized a system needed to be created to translate their results to answer questions important to executives, particularly: “how am I doing versus the budget?”

That is actually a tricky question. The difference between blowing the budget and living within it depends on how you define the word “budget.”

Comparing the cost of drilling to the annual budget would have shown costs running 12% over budget, according to an example in the paper IADC/SPE 189683.

But the well costs line up with the budget when using the reporting system Occidental’s drilling team installed 4 years ago. The difference is the system constantly adjusts the budget monthly to reflect the changes in the number and types of wells drilled. The revisions also account for well performance—a broad category covering operational issues, like the amount of material used, and the changing cost of the goods.

The detailed system is explained in a paper IADC/SPE 189683.

It is a large effort for the Occidental drilling team to track all the details required to offer a credible accounting of well costs. The problems it addresses are common throughout the industry.

“In the history of drilling, it is unlikely that any company ever drilled exactly the number and types of wells included in the original budget,” the paper’s authors said.

That is particularly true in drilling-intensive unconventional plays like the Permian, where the operators such as Occidental are constantly working to get more out of fleets of rigs mass-producing wells.

The cost reports condense the results of a complex process so they are instantly understandable to executives, and rigorous enough to persuade an audience wary of misleading measures that can obscure bad news.

That requires a lot of work. They needed realistic cost estimates of the many types of wells with differing depths and lateral lengths, casing, and the fracturing designs. “We have to document all these things,” Willis said.

Drilling engineers have been trained on their cost-reporting role. Accurate field cost tracking based on close attention to detail reduces the risk of a later big cost surprise.

The close attention to detail has helped improve both the drilling group’s operation, and how it is perceived.

For example, by tracking the time needed to make pipe connections they were able to significantly reduce the time needed to drill a well, and break down how they had reduced drilling time. They found that constant attention helps maintain productivity gains.

“If you stop tracking rig move times, it goes up. If you track, it goes down and stays down,” Willis said.

While there is a lot of buzz around sophisticated big data analysis, the authors said they have found that the “highest value from continued use year after year has been from relatively straightforward measures.”

And the perception of the drilling division in the executive suites also appears to have improved. Before the changes, significant drilling productivity gains were not mentioned during earnings presentations. Since then, drilling savings have been featured and continue to get mentioned, Willis said.

“Having metrics are not enough; you have to have an urge to improve performance, or the metrics will not mean much,” Willis said, adding, “The longer you use it, the better. It needs to be simple and understandable.”

It Can Be Hard To Prove You Really Cut Costs

This paper explores the nature of the vibrational dysfunction known as BHA chatter. A field-proven frequency-domain model illustrates the cause of the dysfunction, its rotary-speed dependence, and mitigation methods and results.