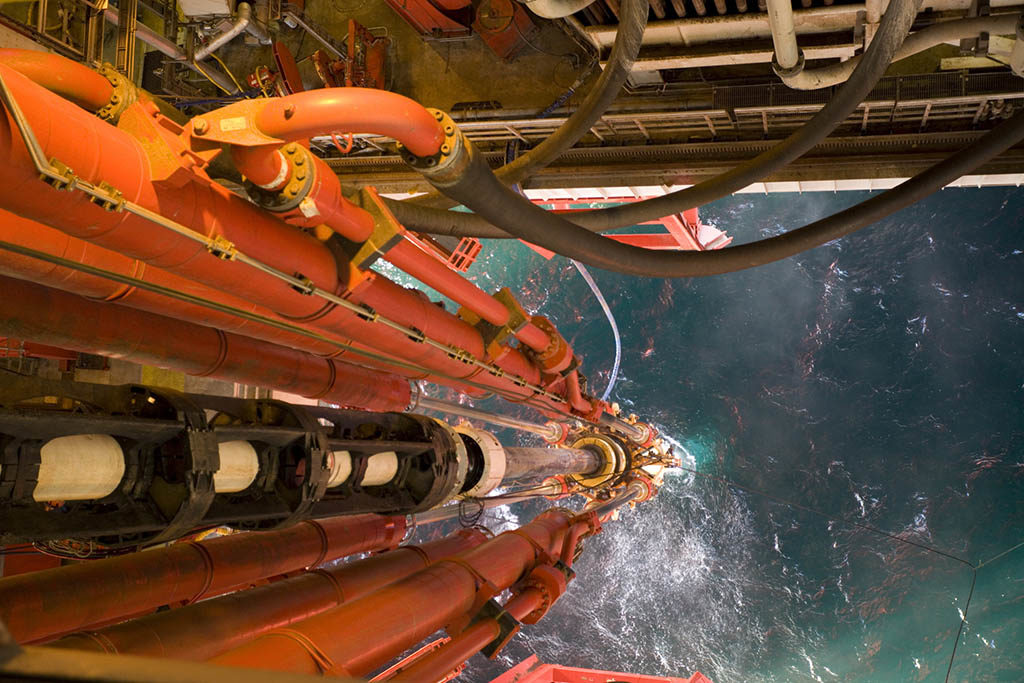 Oil exploration has gone through a brutal period the last few years and remains commercially challenged, especially among companies that answer to a broad investor base. In a talk titled “The Exploration Conundrum,” before the Norwegian Consulate General in Houston recently, Chief Upstream Strategist Bob Fryklund of IHS Markit said that pure exploration projects must meet tough value criteria to move ahead and companies must better communicate that value to the financial community.

Yet communicating it stands as a tall order in today’s environment. Fryklund compared the 2014–2017 stock performances of four oil companies.

Nonetheless, the general need for exploration is ever present for the replacement of reserves that are constantly depleted through production. Industry reserves amount to less than 10 years of production at current rates. Making the replacement task more difficult, Fryklund said, is that new plays that have been opened in recent years have been considerably lower in volume than previously and the largest fields discovered have likewise been smaller.

Fryklund acknowledged that the growth of unconventional production has raised arguments from some quarters that estimated resources may be a better yardstick than estimated reserves for assessing the ability to replace production. But in any case, the falloff in pure exploration drilling has been dramatic.

“It didn’t start when we had the downturn in 2014; this started back in 2008,” he said. “We stopped drilling new-field wildcats as an industry.”

And since the end of 2013, there has been a massive overall collapse of industry capital spending. The resources added since then have principally been unconventionals in the North America onshore sector, which have exceeded the total resources added internationally by 2½ times.

At the same time, only a handful of companies have demonstrated a relatively consistent strength in offshore exploration. Over the past 10 years, only five companies with large-scale offshore exploration activity have stayed among the top 10 industry companies financially at least 50% of the time, Fryklund noted. If the bar is lowered to include a second tier of companies that have placed in the top 10 one-third of the time but less than 50%, only a few others make the cut.

Based on the number of companies in both tiers, “the true explorationists, the folks that are actually good at it, are less than 10,” he said. “So if you are not one of those, the question is why are you spending this money?”

“This is the kind of boardroom question that goes along with the shareholder one,” Fryklund continued. “And it’s a very legitimate question, one that for years we always used to hear, that exploration destroys value. It does for some, but it’s high rewards for others.”

The future prospects for pure exploration projects depend significantly on how long the growth in unconventional onshore production continues.

So far, during the shale boom, the economic advantages have been with companies focused on unconventionals because of their short development cycle. Project development may take a year or less and can be halted relatively quickly by a decision not to drill the next well, should the market deteriorate.

For the offshore explorer and developer, and particularly in deepwater, a project may take 9 years or more from discovery to startup. And once a final investment decision is made, there is no way of reversing it or suspending the project timetable.

However, the cost margin between offshore and unconventional onshore development is at last narrowing significantly. Offshore rig rates have fallen steeply and development timetables have quickened, while the expanding size of drilling pads onshore has led to costly bottlenecks in trucking and supply-chain backups when wells unexpectedly go down, Fryklund said.

Geologically, the industry needs to view basins differently from in the past. Instead of seeing them through individual plays, one reservoir at a time and having one or two target horizons, he said that the ground being explored should be viewed as a volume with potentially five or six productive horizons.

As drilling has moved to source rocks and adjacent rocks, “there is more oil in system than we think,” Fryklund said. Operators must strive to become commercial resource masters rather than technical basin masters, as commercial mastery will build productive scale and an economic edge in service contracting and negotiating takeaway capacity, he said.

Future drilling is likely to have a strong focus on proven basins, and new plays discovered offshore will increasingly be in “minibasins” rather than the larger basins of earlier discoveries, Fryklund said. But there are key advantages to being first, as opposed to waiting and becoming a “fast follower,” which generally means joining a host of competitors. “We’re not doing ourselves any good by adopting a herd mentality,” he said.

The top 10 offshore exploration companies are typically first entrants to a play and “thematic explorers,” focusing on specialties such as carbonates or Atlantic Cretaceous turbidites, Fryklund said. And after making discoveries, these companies generally sell down their interest in the project.

He called for new ways of thinking about exploration opportunities, typified by the rethinking and reworking of existing technologies that led to the shale revolution, and stressed the need for collaboration with multiple parties across multiple disciplines.

Fryklund said that Southeast Asia represents “a gap” in the global exploration system because of excessive reliance on veteran “basin masters” and a resulting lack of new thinking. A change in that approach, he said, could improve future regional exploration prospects.