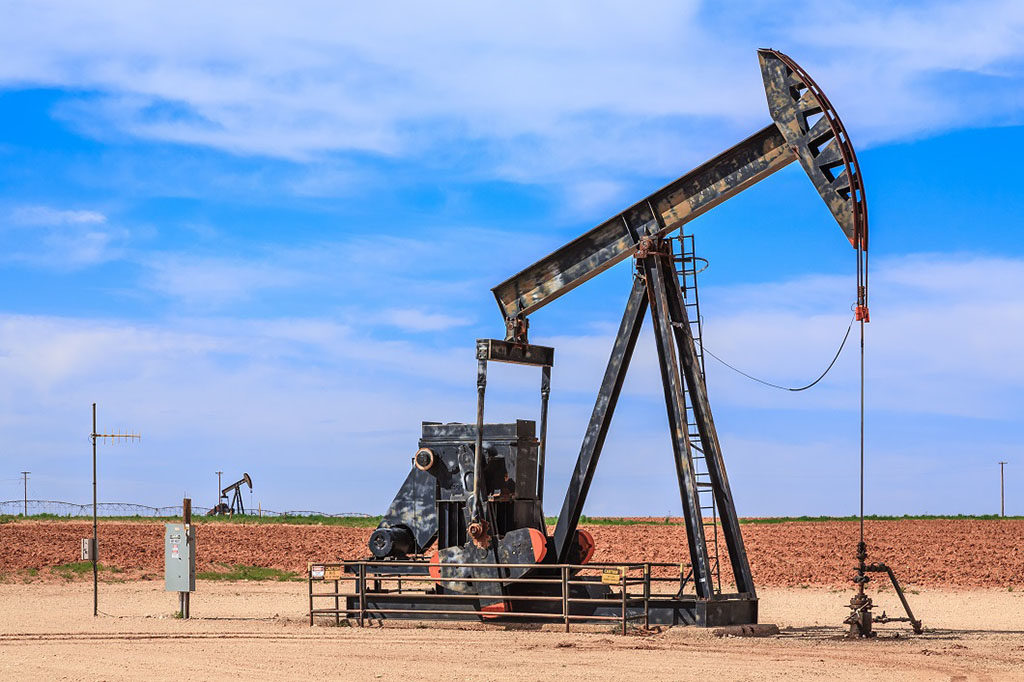 Concho Resources has agreed to acquire RSP Permian in an all-stock deal valued at $9.5 billion including $1.5 billion in RSP debt. The move is expected to make Concho the Permian Basin’s most-active driller and its largest oil and gas producer from unconventional shale, the operators said in a joint release.

The combined company will hold some 640,000 net acres in the basin and operate a 27-rig program, with fourth-quarter 2017 production of 267,000 BOE/D. RSP is providing Concho some 92,000 net acres, split almost evenly between the Midland and Delaware Basins, along with seven active drilling rigs. Its fourth-quarter 2017 production was 56,000 BOE/D, of which 80% was oil and 20% was gas. Once the deal is complete, Concho will have 26,000 gross locations and a net resources of 12.2 billion BOE. 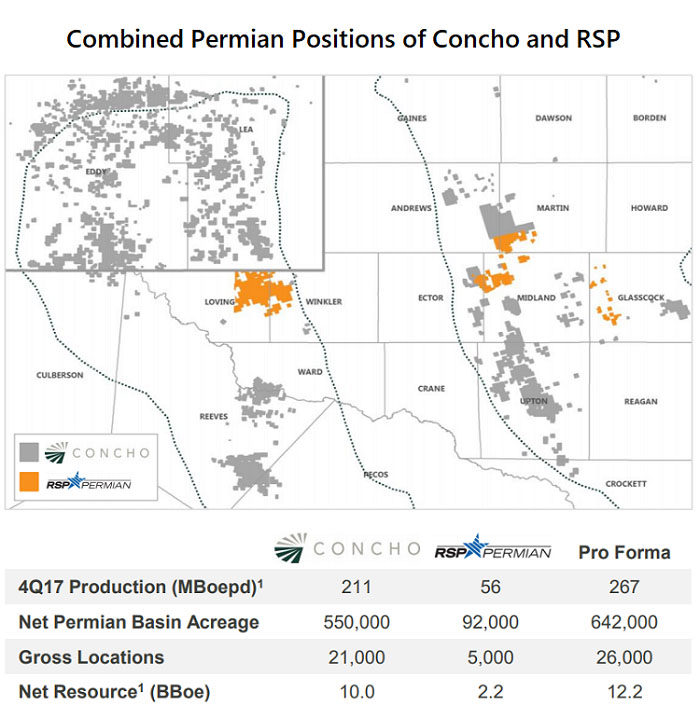 Tim Leach, Concho’s chairman and chief executive officer, said RSP’s assets “seamlessly fold into our drilling program” and “enhance our scale advantage” in the Permian. Efficiencies are expected through large-scale, multi-well projects that provide costs savings through batch drilling and completions and maximize recoveries by reducing “parent-child” infill locations. Concho expects a present value of corporate and operational synergies from the deal of more than $2 billion, which includes asset optimization, directing capital to high-return manufacturing-style projects, and shared infrastructure. 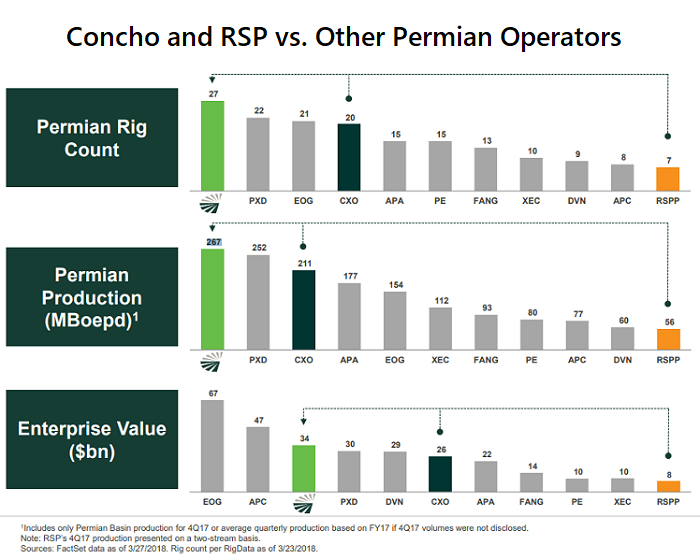 Concho has dramatically expanded its Permian holdings over the last couple of years through several deals leading up to the RSP announcement, namely its 2016 acquisition of 40,000 net acres in the Midland Basin from Reliance Energy for $1.625 billion.

While its latest deal was made to realize new efficiencies in the region, the estimated $2 billion in savings “will be challenging” to achieve, commented Andy McConn, research analyst at consultancy Wood Mackenzie. He noted that RSP's Delaware position is not contiguous with Concho's position there, though "Concho's operational prowess—high-ranking well performance—could add value to RSP's position.”

Meanwhile, Concho's share-price performance “underscores investors' anxiety" about growth-oriented moves over discipline-oriented moves by US operators, he said. At $75,000/acre, the deal represents a 29% premium to market value, which is “rich” and suggests there hasn’t been a “pull-back in valuations from previous deals for top-tier Permian assets."

In terms of price, Concho’s RSP purchase tops Encana’s $7.1-billion acquisition of Athlon Energy in 2014 as well as purchases last year by ExxonMobil of assets belonging to the Bass family of Fort Worth, Texas, for up to $6.5 billion, by Parsley Energy of Double Eagle Energy Permian for $2.8 billion, and by Noble Energy of Clayton Williams Energy for $2.7 billion.

The deal also underscores an argument gaining steam in the industry that performance "sweet spots" aren't as big as originally perceived, McConn said. "Buying RSP, which held a smaller-but-concentrated position in recognized sweet spots, suggests that Concho recognizes the importance of focusing activity in areas of the highest quality."

US oil production has been surging to record levels largely on the back of Permian output growth. Operators have sought higher participation in the basin given the prospects of productive wells and attractive breakeven prices. Between second-quarter 2016 and first-quarter 2017, more than $40 billion was spent on Permian upstream mergers and acquisitions (M&A), according to Wood Mackenzie data. However, the targets during the period were mainly assets and privately-held companies rather than public corporations, it said.

"Looking ahead, any other large-scale deals will face significant headwinds [due to] rich valuations, anxious investors, and scrutiny on operational performance,” said McConn. “If this deal is to mark a second wave of 'Permania' in the oil M&A market, potential acquirers will have to be firmly confident in the Permian's long-term potential."