SPE Board Announces Nominees for 2020 President and 2019 Directors 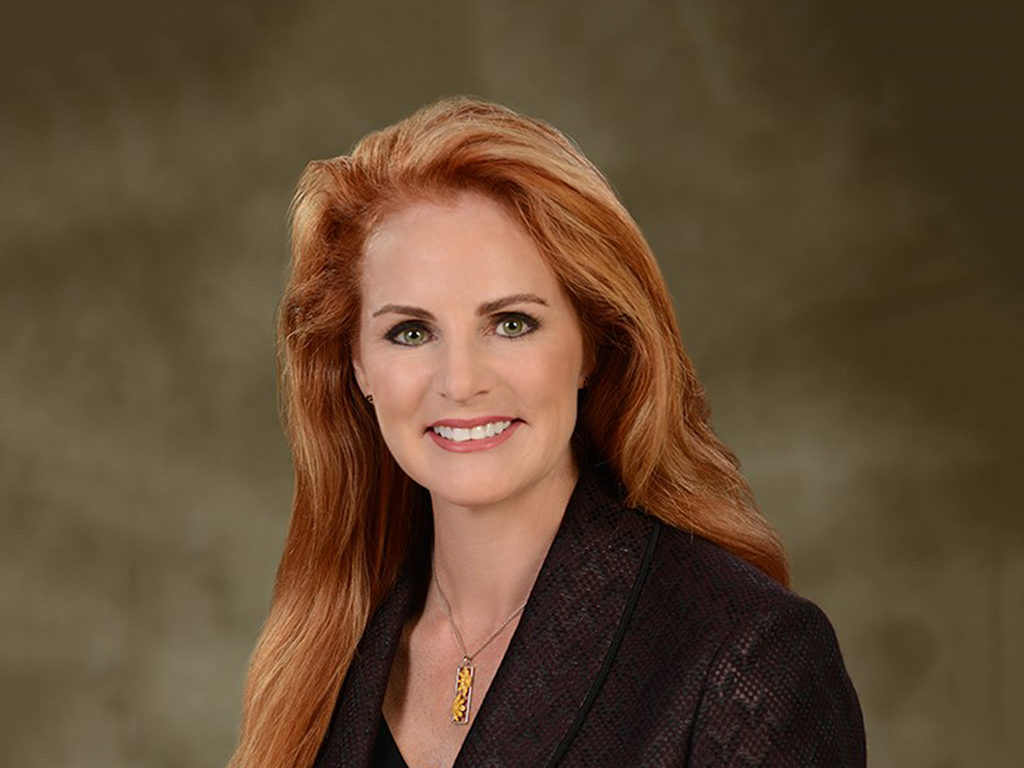 Shauna Noonan is the chief of artificial lift engineering at Occidental Petroleum in Houston, where she directs the company’s efforts in artificial lift system performance globally. Before joining Oxy in late 2015, Noonan worked on artificial lift projects and technology development worldwide at Conoco­Phillips and Chevron for more than 22 years. She has authored or coauthored more than 25 technical publications on artificial lift and is a frequent speaker at industry events.

Noonan has been an avid SPE volunteer in many roles since first serving as a student section officer. She served on the SPE International Board of Directors from 2012–2015 as the technical director for Production and Operations. Noonan has driven the development of industry standards and recommended practices for artificial lift systems, while serving as chair for ISO and API committees, and has received industry awards for her contributions to the discipline.

She holds a bachelor’s degree in petroleum engineering (Co-operative Education Program) from the University of Alberta, Canada, and is a proud mother of two daughters.

Iledare’s work experience includes wellsite petroleum and reservoir engineering with Shell Petroleum Development Company, reservoir/production engineering as a trainee with Mobil Producing Nigeria (MPN), and service as an energy specialist with the California Energy Commission. An expert in international petroleum economics and the geopolitics of oil and gas resources and supply, Iledare is a fellow of Nigerian Association for Energy Economics and a senior fellow of US Association for Energy Economics.

He is past president of the International Association for Energy Economics and currently serves as vice president of research, training, and development at the International Institute of Petroleum, Energy, Law, and Policy, Abuja, Nigeria. Iledare holds a bachelor’s degree in petroleum engineering from the University of Ibadan, Nigeria; a master’s degree in energy resources from the University of Pittsburgh; and a PhD in mineral economics from West Virginia University.

Nasir Haji Darman is the head of group research and technology in the project delivery and technology division at Petronas. In this position, he steers and drives all Petronas groupwide technology activities.

Since joining the company in 1991, Darman has worked in many technical and managerial positions. He started as a research engineer and moved on to assume various positions in different operating units. In his current post, he leads all technology projects and sets the technology direction for all Petronas asset-related activities, domestic and international.

Darman is an honorary professor at the Institute of Petroleum Engineering at Heriot-Watt University in Edinburgh, UK. He has published many technical papers in local and international journals, especially in the subsurface engineering field. Darman received the SPE 2010 Asia Pacific Regional Technical Award in Reservoir Description and Dynamics. He holds a bachelor’s degree from Texas Tech University, and a PhD from Heriot-Watt University, both in petroleum engineering.

Faisal Al-Nughaimish is manager of gas drilling engineering at Saudi Aramco in Dhahran, Saudi Arabia. He is responsible for the design and engineering of high-­pressure/high-temperature gas wells in the country, offshore and onshore. Al-­Nughaimish has held various supervisory positions in drilling and workover, reservoir management, ­production engineering and well services, and offshore producing. His previous work includes numerous onshore and offshore intelligent-field developments involving multilaterals, intelligent completions, and extended-reach wells. He is a board member of ARO Drilling Company.

Al-Nughaimish is an active SPE, IADC, and Saudi Council of Engineers member, having held several officer positions in the SPE Saudi Arabia Section and participated in local and regional committees with several technical publications. He is an SPE-certified petroleum engineer. He won the 2011 SPE International Young Member Outstanding Service Award and the 2013 SPE Regional Drilling Engineering Technical Award.

Steve Cheung is the principal of Steve­IOR Consultants based in southern California. In a 30-year career with Chevron, he researched and field-tested acid stimulation, interwell tracers, conformance control, chemical enhanced oil recovery, oilfield chemicals, and gravel packing.  He was a troubleshooter for mature waterfloods worldwide. Since retiring from the company, Cheung has taught graduate petroleum engineering classes at the University of Southern California (USC), and serves as a course director at Petroskills.

He was the president of the Orange County Engineering Council, which is an umbrella organization of professional societies, engineering corporations, and universities in southern California. Cheung received a master’s degree in petroleum engineering from USC and a PhD in chemistry from the University of California, Irvine.

Terry Palisch is the global engineering director at Carbo Ceramics in Irving, Texas. He began his career with ARCO, during which he served 4 years in Algeria and 10 years as a senior petroleum engineer in Alaska. Palisch joined Carbo in 2004 and in his current position leads a team of technologists developing and championing new products and services and advising clients on completion and fracture optimization.

He has authored more than 40 SPE papers, is past chairman of the SPE Dallas Section, and is co-chair of the SPE ATCE technical program. Palisch has been awarded the SPE Mid-Continent Region Completions Optimization and Technology Award and the Regional Service Award.

In 2013, he was named one of the Top 15 Best Engineers by the Texas Independent Producers and Royalty Owners Association, and in 2015 was named the SPE Dallas Section Engineer of the Year. He holds a patent in the US. Palisch has a bachelor’s degree in petroleum engineering from the University of Missouri-Rolla.

Erdal Ozkan is the head of the petroleum engineering department at the Colorado School of Mines. He is also the director of the Unconventional Reservoir Engineering Project and codirector of the Marathon Center of Excellence for Reservoir Studies.

Ozkan’s research interests are reservoir engineering, flow in porous media, pressure-transient analysis, unconventional reservoirs, and horizontal and multilateral wells. He has authored or coauthored more than 130 papers and coauthored a book, as well as contributing content to ­several others.

An SPE Distinguished Member and recipient of the Formation Evaluation (2007) and Lester C. Uren (2013) awards, Ozkan served as an SPE Distinguished Lecturer on shale-gas reservoirs (2011–2012) and executive editor of the SPE Reservoir Evaluation & Engineering Journal (2003–2005). He holds bachelor’s and master’s degrees from Istanbul Technical University and a PhD from the University of Tulsa, all in petroleum engineering. He has more than 30 years’ teaching and research experience combined at these two universities and the Colorado School of Mines.

How SPE Board Members are Selected

SPE is governed by a Board of Directors comprising 27 member representatives from around the world. Each SPE region and board-endorsed technical discipline is represented by a director. These directors, together with one at-large director, a director of academia, the president, president-elect, immediate past president, and vice president of finance, constitute the board. The board will be transitioning to a smaller model comprising 19 members, over the next few years, with geographic and technical diversity maintained.

Here is a look at the nomination and election processes for board members.

Any SPE member may nominate a candidate for a position on the board. The process involves submitting an online nomination form and supporting documents, such as a curriculum vitae, résumé, and letters of support.

Candidate nominations submitted online are reviewed by the SPE Nominating Committee. Chaired by the immediate past president, the committee meets in January to make recommendations for the available positions. These recommendations are submitted to the SPE Board of Directors for approval at the board’s meeting in March. This year, the meeting was held on 18 March in Accra, Ghana.

Following Board Approval of Nominees

SPE members will have the opportunity to review the board-approved nominees’ biographical information in the May issue of JPT and on www.spe.org.

Nominees approved by the board stand as elected unless SPE members nominate additional candidates by 1 June. Additional nominations require a petition from at least 1% of SPE membership. For regional director nominations, the petition must be signed by at least 1% of the region’s membership, and no more than 75% of the petitioners may come from any one section within the given region. A ballot election will be held if any qualified petitions are received by 1 June.

The Board Takes Office

If the board slate is elected, the person nominated as president would take office as president-elect at the close of the SPE Annual Technical Conference and Exhibition. This year, the conference will be held during 24–26 September in Dallas.

SPE Board Announces Nominees for 2020 President and 2019 Directors