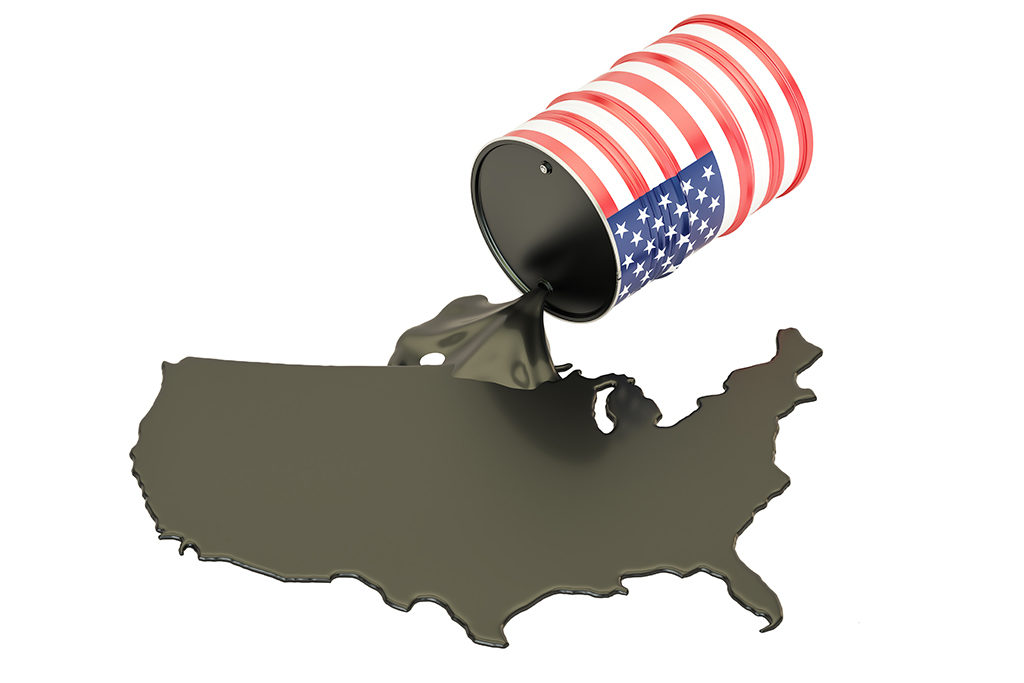 Recent snapshots of last year’s US energy production show how the shale oil and gas business has gone from a revolution to an evolving production machine.

The centers of oil and gas production remain constant in the recently released production figures from the US Energy Information Agency (EIA), which show that the biggest concentration of gas production is from a cluster of states—Pennsylvania, Ohio, and West Virginia. They just edged out Texas,which declined a bit last year. 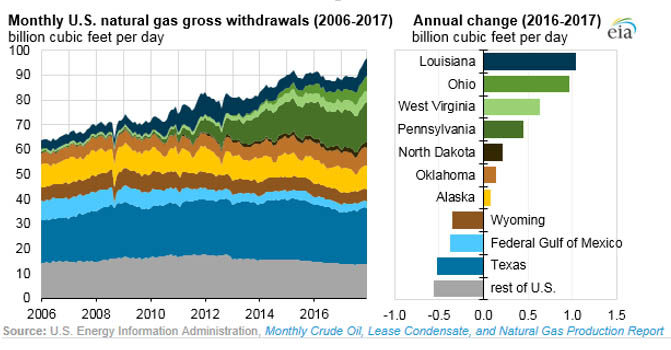 A look at the production changes by state shows Louisiana and Ohio as the fastest growing states, benefitting from the growing domestic and global markets for US gas.

Pipeline activity serving US and Canadian markets in the eastern US is surging, aided by growth from the Marcellus and Utica/Point Pleasant Play in Ohio. The nearly four-fold growth in LNG exports has fueled a resurgence in the Haynesville play in Louisiana.

The US crude mix is getting lighter and sweeter as unconventional oil production represents an ever-larger share of the US market. Output from that ultratight rock is 90% light, sweet crude—API 35 or higher with sulfur content of 0.3% or less. Those high-grade crudes now represent more than 56% of domestic production and are predicted to reach 70% by 2050.

While there has been a resurgence of activity in two states in the Midwest region, Oklahoma and North Dakota, the EIA predicts that 80% of future production will continue to flow from the Gulf Coast region, which includes Texas. 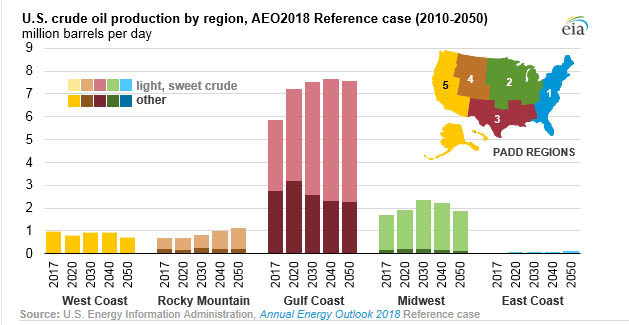 Despite all the attention on unconventional growth, and the deep slump in the global offshore sector, production from the US Gulf of Mexico is expected to keep rising. 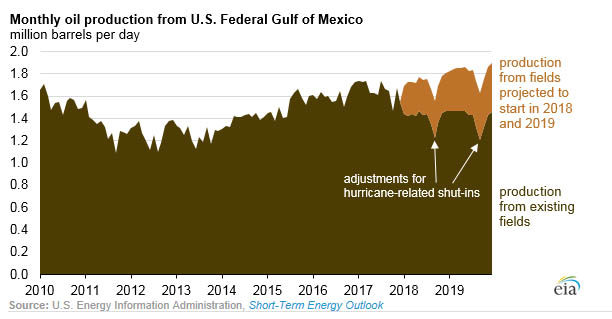 Offshore output, with sharp drops after hurricanes, benefitted from nine projects that came on line over the past 2 years. Production is expected to continue growing slightly over the next 2 years as 10 more projects are scheduled to begin producing. Based on the text of the report, which predicts six startups in 2019, the anticipated start dates in the table below may be optimistic.

Figuring out how far apart to place horizontal wellbores remains one of the biggest challenges facing the future of the shale revolution. One roadblock appears to be the way in which the sector has traditionally measured these distances.

Partnerships with big tech, tech startups, and innovative service companies—and the merging of their data, cloud, and software applications—are proving essential for operators in the scaling phase of digital deployment. Equinor, Microsoft, and Halliburton are among those joining forces.