The Dawn of MEMS Sensors for Directional Drilling 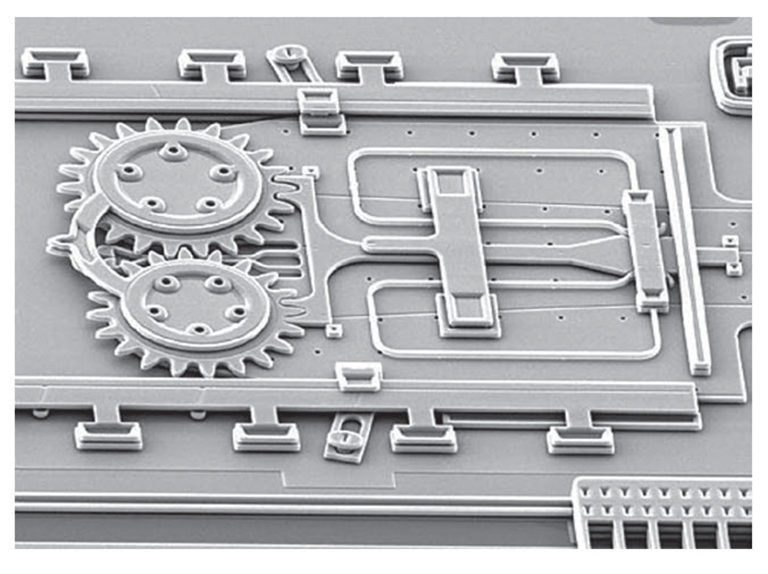 As the oil and gas industry has gone through a long downturn from which it is just now recovering, operators have heightened demands for increased downhole well intelligence, greater technology reliability, and faster drilling execution while cutting the cost of bringing wells on line. These forces together are ushering in a new era of directional drilling sensor technology that is based on microelectromechanical systems (MEMS).

The fundamental mechanics and principles behind well sensor technology have changed only twice in the history of oil and gas drilling. The technology first appeared with the invention of borehole sensors in the 1920s. Until then, the industry was essentially drilling blind. The borehole instruments that were developed used simple technology such as acid in bottles that would etch its meniscus into glass, or employed other simple mechanical means, to measure the deviation of a well.

In the 1970s, a major revolution swept the industry with the invention of magnetic steering tools, on whose principles most modern directional drilling tools are still based today.

However, we are now witnessing the dawn of a new era as directional drilling sensors based on MEMS technology are becoming accepted as a reliable alternative for borehole surveying.

With MEMS humans can create microscopic mechanical devices so small as to challenge even the most vivid imagination. Imagine gears, transmissions, clutches, actuators, and even miniature turbine engines that can all fit on a fingernail (Fig. 1 above). But, how can one make something so small? Even modern precision computer-numerical-control machines cannot operate on the microscopic scale required to manufacture a MEMS device.

Basing MEMS manufacturing on semiconductor technologies not only miniaturizes devices to the extreme, but makes them inexpensive and rugged. Semiconductor plants are built to churn out chips, or MEMS designs, by the millions or billions. These economies of scale, the incorporation of electronics that use the same process, equipment availability, and low-cost materials make MEMS an attractive technology for the mass manufacture of sensors.

The small size of MEMS devices gives them inherent reliability. With their roots in semiconductor technology, the devices incorporate fatigue-resistant components that enable the actuation of MEMS structures through billions and possibly trillions of cycles without failure. The microscopic size of MEMS devices means less moving mass, which equates to extreme reliability under shock and vibration.

In 1993, Analog Devices introduced the first MEMS accelerometer sensor manufactured in high volume, which was first used for airbag deployment sensing. Since then proliferation of MEMS has occurred at a rapid pace. Virtually every cell phone now has MEMS accelerometers, magnetometers, and gyroscopes, and many also include MEMS pressure sensors (barometers) and microphones. That’s billions upon billions of sensors all being sold for just a few dollars or fractions of a dollar each. New applications for MEMS technology continue to be discovered as the market size continues to grow. According to the “Status of the MEMS Industry” report by Yole Development in May 2016 (Fig. 2), the MEMS market is forecast to reach $15 billion this year and almost $20 billion by 2021.

Surprisingly, today almost every electronics-enabled measurement-while-drilling (MWD) system has a MEMS sensor of some type onboard. MEMS sensors have been a natural fit for sensing and quantifying secondary parameters such as drilling dynamics and dysfunction. Sensors for measuring downhole shock, vibration, and rotation parameters are readily available, economic, and fill the role well. However, MWD systems have clung to legacy sensor technology for performing critical borehole orientation measurements.

A long-standing holdout, the industry has extensively searched for alternatives to the standard orientation sensors composed of a set of triaxial (think three dimensions) inertial (mechanical, quartz-based) accelerometers and a set of triaxial fluxgate (wound-core) magnetometers that are used as the primary means of measuring wellbore placement. These legacy sensors are large, fragile, and expensive (sometimes 100 to 1,000 times the cost of an equivalent MEMS sensor). However they are extremely accurate and perform repeatably over dozens of temperature cycles. Operators can tolerate very little error or inaccuracy with orientation measurements for wellbore placement, and it has been difficult to qualify any alternative sensor technology to match the precision and temperature repeatability of these legacy sensors.

An Opening in the Market

Today’s market demands are extreme. Customers are demanding more directional drilling sensors immediately (as in wanting them yesterday) that demonstrate more reliability and capability than past sensors and at a far lower price point. Legacy sensor technology with its high cost, long lead times, and fragility in some ways represents the opposite of market demand.

This has set the stage for sensor manufacturers to begin investing in the development and production of modern, MEMS-based orientation sensor packages to replace yesterday’s sensors.

A tried and true method of increasing reliability is designing a redundant system, a system with two or more sets of components that will use one at first and then backups if the first in line fails. This route is practically unavailable to innovators who would use legacy sensor technology because of the cost and size of the sensors. However, MEMS sensors are much smaller and readily available at a fraction of the price.

It is now possible to build systems with two or three redundant orientation sensors for less than the cost of a single traditional legacy sensor assembly. MEMS sensor manufacturers can deploy vast arrays of sensors designed for increased reliability, accuracy, and capability in the same spatial volume as legacy sensors. This is just the beginning of the possibilities in new applications and innovations that MEMS sensors can enable.

The Path to Market Domination

The question appears to be not “if” we will come to rely on MEMS technology for directional drilling work, but rather “when.” As of this writing, most sensors manufactured today are based on legacy technologies. However, several manufacturers are now offering innovative borehole survey-grade orientation sensors that are based partially or completely on MEMS technology and usable at various temperature specifications. As the industry’s confidence in these new sensors grows, we expect more manufacturers to enter the market.

Additionally, during our article research, we interviewed a number of companies involved in the research, development, manufacture, and supply of sensors to all industries, not just oil and gas. Every manufacturer interviewed exhibited a clear pattern of shifting research and development dollars away from traditional sensor manufacturing techniques and toward MEMS-based technology. A few manufactures had abandoned investment in legacy technologies to focus exclusively on developing MEMS-based sensors.

Finally, while MEMS-based sensors have traditionally been developed for other industries and imported to oil and gas, new companies are emerging with plans to focus solely on designing, developing, and manufacturing high-­temperature MEMS sensors for downhole oil and gas directional drilling applications.

Today’s directional drilling service companies are required to do more with less, as they are under increased pressure to continue operating at depressed pricing while delivering new, innovative offerings. Equipment manufacturers that arm the service companies with competitive and reliable drilling technology products continue to look for ways to provide their customers with more innovative and capable solutions at the same price point.

MEMS sensor technology is now enabling manufactures to offer products that not only perform just as well or better, but also provide greater value.

The Dawn of MEMS Sensors for Directional Drilling