Guyana and Suriname: What’s Next on the Horizon? 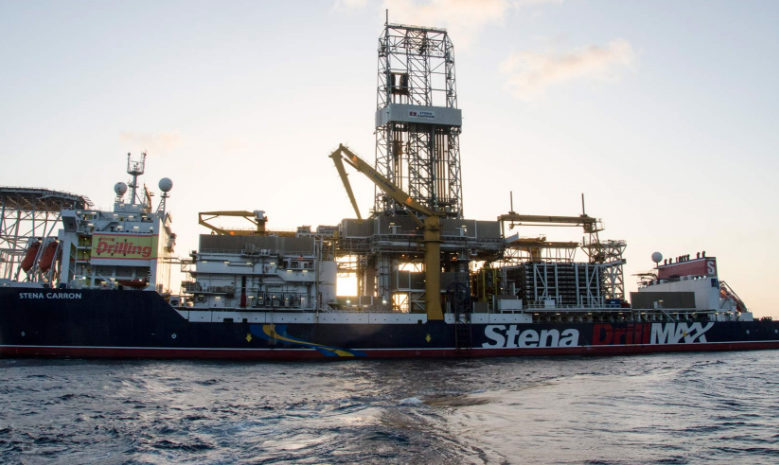 Recent years have seen a burst of activity in the Guyana-Suriname Basin, as several major offshore discoveries have sparked industry interest in a nascent area that could have a significant amount of untapped reserves off the northern shores of South America. A panel discussion the 2018 Offshore Technology Conference (OTC) examined the state of business development in the area, and representatives from owner and operator companies discussed the prospects of commercial opportunities that the basin may contain.

Bob Fryklund, chief upstream strategist at IHS Energy, said the Guyana and Surinam basin is a potentially booming area. The Stabroek block, located in the basin, has been a boon for operator ExxonMobil and co-owners Hess and CNOOC Nexen since 2015, with seven major discoveries (Liza, Liza Deep, Payara, Snoek, Turbot, Ranger, and Pacora) in the block uncovering almost 800 exploration wells and estimated recoverable oil reserves of around 3.2 billion bbl. Fryklund said these discoveries, together with ExxonMobil and Hess’s continued drilling in Stabroek, indicate the possibility of a long-term successful run for companies that invest in the block.

“Guyana is still there in the area of emerging producer, but they’re moving very quickly to first production,” Fryklund said.

Ranger, ExxonMobil’s sixth discovery in Guyana, was announced in early January. ExxonMobil said it encountered 230 ft of high-quality, oil-bearing carbonate reservoir, and the exploration well was drilled to 21,161 ft depth in 8,973 ft of water. Appraisal drilling at the Ranger discovery may take place later this year. The Pacora-1 well, announced in late February, saw the discovery of approximately 65 ft of oil-bearing sandstone reservoir that is expected to bring Guyana production to more than 500,000 B/D.

Tim Chisholm, vice president of exploration appraisal and developments for Guyana-Suriname at Hess, could not overstate the importance of a joint venture (JV) in delivering these results. He called the relationship with ExxonMobil and CNOOC “the most mature partnership” the company has in the region.

“Finding the right partners who are aligned in energy about the opportunities and the risk, particularly with frontier oil development like in Guyana and Suriname, is essential to success,” Chisholm said. “The success that we have enjoyed so far in Guyana speaks to the importance of an aligned commercial partnership that enjoins the experience that all of us have in deepwater around the world.”

Chisholm’s presentation during the panel session focused on the types of partnerships needed to succeed in the region. The JV in Stabroek is an example of a successful commercial partnership. Another type of partnership is with resource owners; Chisholm said that these relationships are important to help ensure the benefits of new production are felt across communities. A successful relationship with government is also needed for industry to be able to deploy major energy projects. This means that government should develop a regulatory framework that stimulates investments and encourages local content growth.

“The state must play its role in creating the right framework in which industry and government can work collaboratively,” Chisholm said. “When governments perform their role within industry, the results can be extraordinary, bringing enormous benefits in terms of investment, social and economic growth, and job creation.”

The government of Guyana has come under fire for its production-sharing contract (PSC) with ExxonMobil, renegotiated in 2016 of an earlier PSC the two sides signed in 1999. The country negotiated a 2% royalty rate (an increase from the 1% royalty Exxon agreed to in its 1999 contract), a $1-million license fee, and $300,000 in training for Guyanese workers in the deal, along with an $18-million signing bonus. These numbers are far below what local critics say the government should have received.

Guyana business minister Dominic Gaskin defended the contract in March, telling stakeholders that the country will receive a 50% split of oil profits, but critics have still argued that the contract should be renegotiated, especially with the spike in reserves from the recent discoveries and the near-$20/bbl increase in oil price since 2016.

Both Chisholm and Erik Oswald, vice president of exploration for the Americas at ExxonMobil, emphasized the sanctity of contract during the OTC panel discussion. Chisholm said that promoting the rule of law helps attract, increase, and sustain the flow of international capital. Oswald defended the PSC, saying that it was an improvement over what Guyana previously received under the original contract.

“I think the government has been very unfairly criticized around this contract issue, and it’s being done by people who don’t understand the industry,” he said. “They successfully negotiated a signature bonus, increased royalties from the original contract, significantly greater training obligations, a number of things that are substantially improved from the existing PSC. It’s important to realize that if we had chosen not to negotiate that, today we would be operating under a PSC we signed in 1999. It’s beneficial in some ways, but ultimately it was important for both parties to agree on a new contract.”

Suriname is looking to get more involved in the offshore space after decades of steady onshore production. The onshore Canje formation has produced 109 million bbl of crude oil from Paleocene and Eocene reservoirs over the last 35 years, but offshore remains virtually under-explored: Staatsolie, the Suriname national oil company, reports that 26 exploration wells have been drilled over a 130,000-km2 area, and only 14 of those wells have been drilled beyond water depths of 20 m.

Tom Ketele, nearshore drilling project manager at Staatsolie, said the country has 90 million bbl of remaining onshore reserves, which should keep the company afloat for another 50 years. However, he said the company sees no major onshore prospects outside of its existing production, making the development of new resources even more important.

“If we want to survive, we have to bring in new reserves,” Ketele said. “We have to look offshore, so we’re really focusing offshore.”

Guyana and Suriname: What’s Next on the Horizon?

Describing it as a “bolt-on” acquisition, the Marcellus Shale producer EQT expects the deal will boost its gas production by 10%.