AR Headsets Give Oil and Gas Sector the Quicker Fix 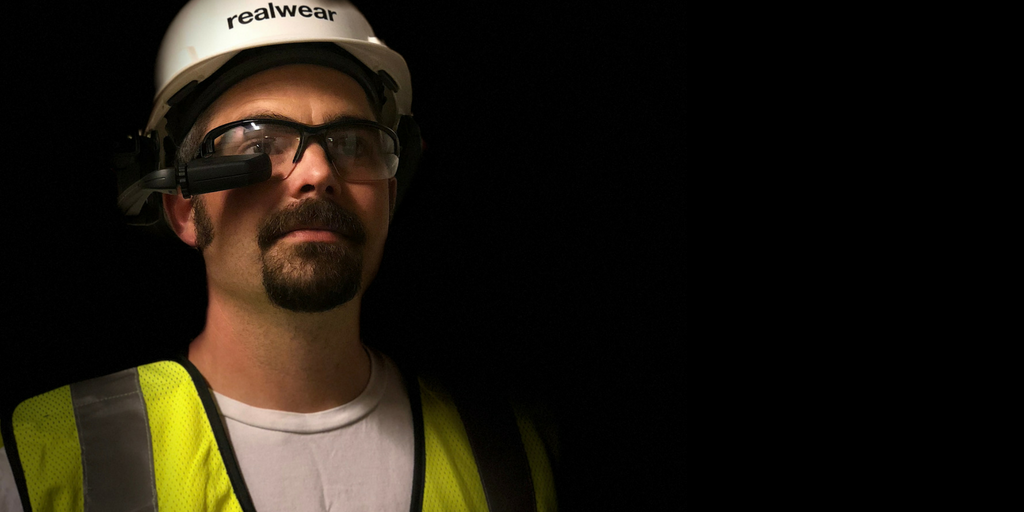 Clipped onto a hardhat, the new HMT-1Z1 smart headset has become the first to gain safety certifications required for the most hazardous worksites in the oil and gas sector. Its introduction means the industry is likely to see greater adoption of this digital technology that is designed to assist workers with the most complex tasks. Source: RealWear

Predictive algorithms have captured the imagination of industrial firms the world over because of the promise they hold for predicting show-stopping machine failures. But no matter when a digitally-prophesized breakdown comes, you still need someone to go out and fix the equipment the old-fashioned way—or maybe not.

Augmented reality (AR) headsets are challenging the status quo here by enabling faster repairs of mission-critical systems such as topdrives and gas compressors. Their arrival into the oil and gas sector is being led by the largest equipment manufacturers that say the technology’s chief contribution is its ability to mitigate the industrywide bane of downtime.

Attached to a typical hardhat, these industrialized wearable computers combine video cameras, AR displays, and solid networking systems into a single unit. This gives the dispersed engineering team, vs. a lone technician in the field, a new way to collaborate on the toughest equipment-related problems.

Earlier this year, a rig crew working in south Texas ran into trouble with a piece of equipment supplied by NOV that had stopped working correctly, and no one on-site knew how to fix it. “So they fired up the communications box, put the hardhat and headset on, and had an answer from engineering within 10 minutes,” said Christopher Boehm, a service manager with NOV’s control systems group.

Boehm is leading the implementation of the AR headsets at NOV, which have been rolled into a maintenance service it has branded TrackerVision.

The voice-recognition software running inside these units enables users to call out commands like “wiring layout,” which prompts the headset to pull up a relevant engineering diagram. They can move their head to scan the diagram, or say “zoom” to focus in on a key area and then “freeze document” to maintain a hold on the image as they do the work.

But people can still get lost in the maze of wires and circuit boards found in a lot of modern oilfield equipment. This is when it is a good idea to use the headset’s two-way communications, using cell service or low-Earth-orbit satellites, to dial up the on-call expert. As the technician holds his or her view over a piece of equipment, the expert watching on the other end can even use a telestrator to draw circles around the components to replace, or which ones to leave alone.

NOV is so confident about these enabling features that it is using AR headsets to support the successful implementation of one of its most important new products, the NOVOS automated rig control system, and has sent units to each of the rigs running on the platform.

The wearable hardware NOV is using here comes from RealWear, a Silicon Valley startup founded in 2016, which has caught the eye of dozens of other large industrial companies such as Tesla and Amazon. That client list also includes the international conglomerate Honeywell, which announced in May that the AR headsets are to become the latest staple of its industrial internet-of-things initiative called the Connected Plant.

“If everyone can record every procedure that they are doing, in less than 2 years you’ll have built a holistic video database of all the procedures. Once it’s done, then that’s it—every operator across every site in the world can have that guided video to help them to do the job.”

Honeywell is now RealWear’s largest purchaser and the first to get its hands on the just-released model, the HMT-1Z1, which the firms say is the first AR headset to gain certification for use in hazardous areas, such as an oil and gas processing facility. In such environments even the smallest short circuit could represent a big explosive risk. NOV does not expect to be far behind and is already working to get in on the next manufacturing run of these intrinsically safe models, which retail for $5,000 compared with $2,000 for the standard version.

The large number of other upstream firms that have ordered headsets from RealWear shows that the industry’s appetite for the technology is a healthy one, and will likely grow as more of the hazardous-area certified units are made available. These firms include the industry’s largest producers: BP, Shell, ExxonMobil, and Saudi Aramco.

By being the biggest adopter, Honeywell has some of the most advanced ambitions for the device. It has developed six different apps to run on the Android-based headsets, including step-by-step repair guides, real-time displays of instrumentation data, and a tool that can guide workers through the safest evacuation routes during emergencies.

But these wearables can also simply be used to take video, which Honeywell expects to become a popular way for the oil and gas industry to address its skills gap that many see widening as the big crew change drags on.

“If everyone can record every procedure that they are doing, in less than 2 years you’ll have built a holistic video database of all the procedures,” said Youssef Mestari, program director of Honeywell Connected Plant. “Once it’s done, then that’s it—every operator across every site in the world can have that guided video to help them to do the job.”

Baker Hughes, a GE company, has also purchased headsets from RealWear but is going forward with a different flavor of the wearable AR technology that it has aptly named the SmARt-Helmet. It began developing the gear 2 years ago with a small digital firm in Italy called VRMedia and has now deployed 23 units to maintenance teams around the world who have 24-hour access to engineering experts based in Houston, Kuala Lumpur, and Florence.

John McMillan, a field service manager with Baker Hughes, explained that the headsets are a major step forward for field communications. “The old way was to take some snapshots, send an email, and often rather than get answers back, they might get more questions,” he said, adding that these cumbersome exchanges often led to repair cycle times of 2 or 3 days.

In one case, the company was able to keep a team of US-based specialists from traveling halfway around the world to Malaysia to fix a downed compressor. It may have taken the better part of a week just to obtain visas and fly this team to location, not to mention tens-of-thousands of dollars in expenses. Instead, these experts were able to help complete the overhaul remotely with technicians in Malaysia streaming back their progress via the helmet-cam.

The benefits of the technology extend to the warehouse too where NOV is using the headsets to monitor parts being sent to its clients on drillships and semisubmersible rigs, the day rates of which average above $100,000, according to IHS Markit data.

“They’ve got their calculations of how much that is costing them by the minute and so you don’t want to send the wrong part offshore, which I’ve seen happen,” Boehm said. “But because human error is inevitable, we want to get online with that person and see video of the part to make sure it’s the right one before we package it up and send it offshore.”

The issue of safety has been the No. 1 reason why AR headsets have taken longer to penetrate the oil and gas sector than has been the case for other heavy industries like pharmaceuticals, retail, or automotive manufacturing. RealWear spent 2 years reengineering just about every component of its original model to get to the HMT-1Z1. Among other things, that work involved making the unit able to withstand extreme temperatures (ranging from -4 to 140°F) and sealing the internals to prevent the possibility of gas intrusion.

But the most difficult task for the company was to find the safest possible battery to use—which it did, and claims to have bought up the world’s supply. “Therefore, I think it’s going to be almost impossible for any other company to build such a product in the next 2 to 3 years just because they won’t be able to source the batteries,” said Sanjay Jhawar, a co-founder and president of RealWear.

Much of the novelty of the RealWear headset hinges around its tablet computer-like abilities. However, its hands-free aspect is what the company touts as the critical element allowing maintenance crews to ingest information while doing the work at the same time.

This voice control relies in part on the headset’s four microphones that are positioned for audio triangulation. Combining this with a noise cancellation feature means users can still bark out orders to the device in worksites as loud as 95 decibels, just above the sound level of many typical oilfield systems, e.g. pumps and compressors.

And while other AR headsets ask users to make hand gestures to navigate through their interfaces, RealWear says that it gave special attention to building a robust voice recognition feature to remove anything that might diminish a worker’s situational awareness. This is true too for the video display component which is just a couple of inches wide. In demonstration videos the company goes out of its way to show how easy it is to swing the display behind the head so that users can work independently of it.

“It’s not intended to be an immersive experience,” explained Jhawar, adding that too much AR could be a distraction for users. “It has contextual information below your line of sight that you can refer to, kind of like the dashboard in your car, but it doesn’t take over your entire field of view, which frankly, would be a safety issue in most cases.”

AR Headsets Give Oil and Gas Sector the Quicker Fix