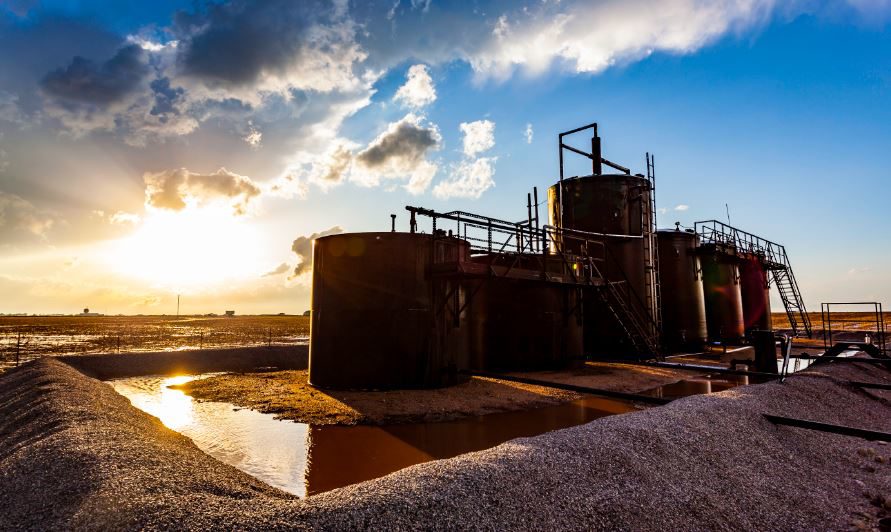 As oil production rises in the Permian, the even larger volumes of water from those wells is becoming a pressing problem for many operators, particularly those drilling in the wetter western half of the basin.

Over time the cost of producing a barrel of oil could include a $3–6/bbl water disposal cost, according to a new report by Wood Mackenzie. If those numbers are realized—and there is considerable uncertainly how this will play out—it would reduce the consultancy’s 2025 production growth projection for the region by 400,000 B/D.

The report is one of the first attempts at calculating an industrywide number on a problem that is increasingly showing up in quarterly reports to investors.

“People are trying to understand what the risks and opportunities look like for the long term,” said Ryan Duman, principal analyst with Wood Mackenzie's Lower 48 upstream team. In the past “we did not see operators talking about water to this degree in their reports.”

Operators are shifting water transport from trucks to pipelines, reducing their costs per barrel from around $2.50/bbl of water to as low as $0.30/bbl by making a significant upfront investment, and some are reusing more produced water for fracturing.

Hardest hit would be the Delaware basin, where wells commonly produce significantly more water than those in the Midland basin to the east.

Compared with other big shale basins, the Permian is wetter. Intense development there is straining the limits of water-injection wells and could prove to be another limiter for drilling in a play already producing more oil than the pipeline system can handle.

“Water risks to date have largely been described as a cost issue, but as projects continue to build scale, the risks become more serious,” said Duman. “They could impact the ability to actually carry out operations. Investors and project partners should challenge operators on how water is being managed.”

The severity of the potential water disposal problems varies widely across the basin. But as wells age, the percentage of water produced inevitably rises, forcing companies to do more water planning, switch to pipelines and water reuse, cooperate with other companies on water management programs, or pay service companies that are offering a growing range of options for managing the problem.

“I have every confidence that industry will adapt to the water situation and find solutions that will work,” said Bridget Scanlon, senior research scientist for the Bureau of Economic Geology at the University Texas at Austin, who has written about how produced water disposal in the Permian is pushing the limits of the shallower formations long used for injection.

Wells producing far more water than oil have been the norm for decades in the Permian, where old conventional fields with water cuts exceeding 90% are common. That water has not been a big concern because it could be cheaply reinjected into those reservoirs to produce more oil.

But waterflooding has not been an option in the extremely tight rock of shale plays, such as the Wolfcamp. Some operators are experimenting to see if it is possible to use water injection in ultra-tight rock to slow production decline rates. Others are testing whether chemical or gas injections can free more oil, slowing the rise in the water cut.

Rising water disposal costs could drive other ways of dealing with the water. Water reuse is growing. The report pointed out that half the water used by Callon Petroleum for fracturing is reused, though that is high compared to others. The money saved by reusing produced water—Cimarex reported saving $1.10/ bbl by doing so—will ensure this grows but the volume or water produced is expected to exceed the need for fracturing, it said.

Maps and charts in the report make a case for avoiding generalizations about Permian water disposal.

While the Delaware basin generally produces more water, there is a wide gap between the rise in the water produced per barrel of oil in the wettest acreage and dryer areas.

The map at the top of the story shows development to date has largely been in areas with moderate to low water saturations. Over time the cost of dealing with the water could affect the value and level of development in those sections where the underground water levels make them more likely to move to high water cuts faster. “Now people are realizing it is more important than it was before to know where are the wettest spots in the play,” Duman said.

It is important to realize that while the water cut rises over time—in extreme cases it can exceed 90% after 5 years—the volume of water sinks over time. The higher water-cut percentage is a function of the oil flow sinking more than the water.

Putting out costs estimates will lead to counter arguments questioning the quality of the underlying data, which has its flaws. Duman said the produced water production reports available from the Texas Railroad Commission are limited and “opaque to say the least.” New Mexico offers much better data, but water is not reported at nearly the same level of detail as oil and gas.

Improved reporting is needed to guide the industry and regulators as they look for solutions and figure out how to manage scarce resources, particularly the limited capacity of subsurface formations used for water injection.

The rising amount of water injected has led to over injection in parts of the San Andreas formation in the Midland basin, has led to increasing numbers of disposal wells into the deeper Ellenburger formation.

“Disposal is becoming a problem,” Scanlon said. Injection levels are so high disposal wells are becoming over pressured in the Midland Basin and more wells are being drilled in the deeper Ellenburger formation there.

High volumes of injected water into a similar deep formation in Oklahoma are a prime suspect in the surge in earthquakes there, which led to water injection limits over wide areas.

New Mexico is restricting the number of saltwater disposal wells, which could lead to more wells built in Texas to handle water produced in the Delaware, Scanlon said. The report pointed out the time required to obtain a permit to build a disposal well has increased significantly.

The ability of a disposal well is limited by both the total volume pumped, and the injection rate. High rate injection can trigger a spike in the pumping pressure needed to get it into the formation.

The trend toward developing larger clusters of horizontal wells with laterals stretching out two miles causes local surges in produce water that can overwhelm nearby disposal facilities.